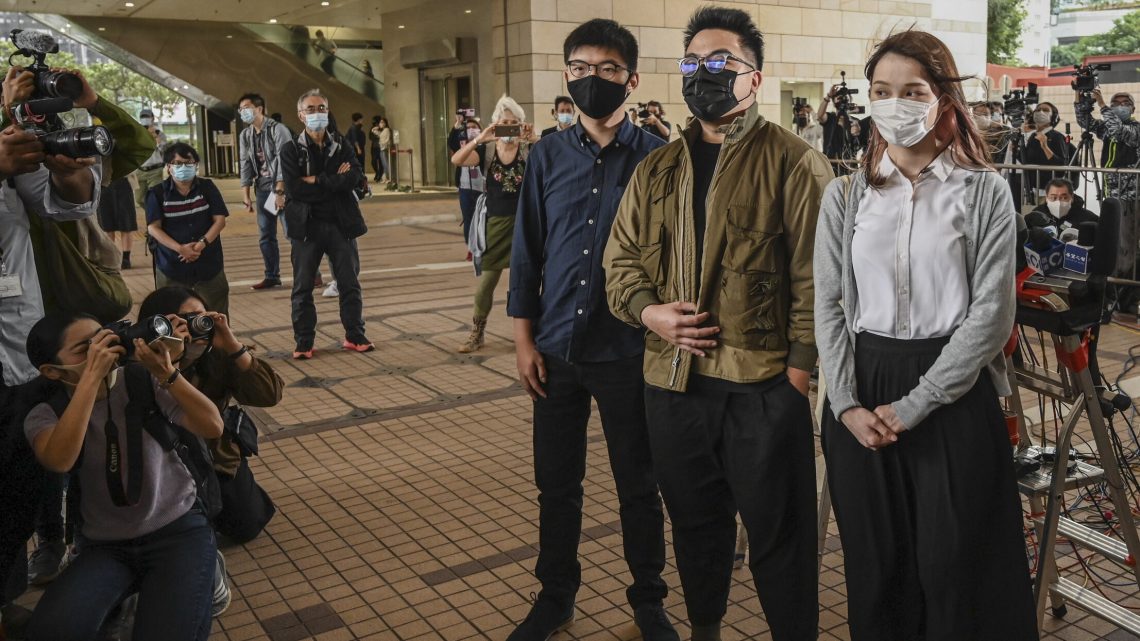 The pro-democracy advocates – Joshua Wong, Agnes Chow and Ivan Lam – previously pleaded guilty for their roles in anti-government protests that shook the city last year and presented the greatest challenge to Beijing’s authority over the former British colony since it returned to Chinese rule in 1997. In response, the Chinese government backed a forceful police crackdown and imposed a tough national security law that criminalizes a wide range of dissent.

Wong, Chow and Lam pleaded guilty last month to unlawful assembly charges stemming from a demonstration in June last year outside a police headquarters and have been remanded in custody since.

A local court on Wednesday sentenced Wong to 13.5 months in prison, the Hong Kong broadcaster i-Cable TV reported. The prison term is the most severe punishment that the 24-year-old has faced since he rose to international fame as the face of the Umbrella Revolution protests in 2014 demanding freer elections of Hong Kong’s leader.

Chow and Lam received jail terms of ten and seven months respectively. The three were leaders of the short-lived Demosisto party, which was founded in 2016 and disbanded in June after Beijing moved to legislate against actions and speech in the city deemed to endanger national security. The unlawful assembly charges came before the legislation.

Wong, no stranger to arrests and prison, vowed to use his plight to draw more public attention to prison injustice. He previously told VICE World News that he was prepared for the worst possible outcome.

In a statement addressed to supporters that was issued by his lawyers on Twitter, Wong remained defiant and said “it wasn’t the end”. “Ahead of us is another challenging battleground. We’re now joining the battle in prison along with many brave protestors, less visible yet essential in the fight for democracy and freedom for Hong Kong,” he said.

Chow, the youngest of the three, at 23, has said that while she was mentally prepared to go to prison, she was still scared. “If I get sent to prison, it will be the first time for me. I can only hope to keep a steadfast mind,” she wrote on her Facebook page last month. She turns 24 on Thursday.

Icarus Wong, a campaigner from the Civil Rights Observer, called the charges against the three “persecution and retaliation."