Wearing the white and navy blue uniform mandatory in most Thai schools, the flamboyant dark pop performer sashays into a classroom carrying a bouquet of white chrysanthemum flowers and sporting flaming red hair with asymmetrical bangs.

She's late for class, having walked past anti-government street protest murals - including a missing persons poster of human rights activist Wanchalearm Satsaksit, who was abducted in broad daylight in Cambodia in June and hasn't been seen since. She places the flowers among others on an empty desk before taking her seat.

Artists, musicians and their fans have emerged as a potent force fuelling Thailand's youth-led protest movement, which is calling for the prime minister to resign, a new constitution, and for reforms to the powerful monarchy.

Pyra dedicated her song to the protesters as a personal tribute to those who have "fought bravely for the cause of freedom and democracy," but also as a way of showing whose side she is on.

"'Bangkok' is about me empowering my fellow Thai youth," Pyra told VICE News on a Zoom call from her studio at home in the Thai capital. "I picked a side and I am ready. My fans understand and know what I'm trying to do with my music and my videos," she said about the song, one of her most popular hits on Spotify - also viewed more than 81,000 times on YouTube.

"I'm basically telling bad people to get out of my city," she said.

"I actually wrote the song way before the protests happened but somehow, I think we all saw it coming and knew that this was going to happen one day but we shouldn't be taken aback - we're making history and must be proud of it."

Through the release of "Bangkok," which featured subversive political graffiti artist Headache Stencil, Thailand's political troubles merged with her work. Three people cast in her music video were later detained for their activism.

"I was fucking angry! I can’t explain how angry I was, it was so crazy," Pyra said, adding that the only thing that would get in the way of her music is if she was arrested.

"It was really unfair and so sad to see that we made so much progress as a nation only to go back 20 or 30 years in time again - where justice doesn’t exist."

Born and raised in Bangkok, Pyra burst onto the Thai music scene back in 2016, two years after the army ousted the democratically-elected government in the country's 12th coup since 1932.

But her music is hard to pin down, exploring themes from politics to feminism and mental health using a combination of traditional Asian instruments and electronic beats.

"Bangkok" is her most personal political statement to date as it showcases the rigid hierarchy and suffocating social rules on display at many Thai institutions, a problem that attracted many high school students to the new movement. She also sings about mental health in "Dystopia" and capitalism in her other hit "Plastic World."

Her upcoming, yet-to-be-named album, which is a year in the making, will be "one big Asian empowerment statement." The single "Yellow Fever" will delve into female empowerment in Asia - a track she says was inspired by speaking with sex tourists and sex workers in Bangkok's red-light districts.

"White men often view Asian women as being submissive and Thailand is seen as the brothel of the world," Pyra said. "I want to smash that stereotype and challenge perceptions. Women are allowed to be whatever they want to be and if they want to do sex work, it should be respected."

But she doesn't do love songs.

"I hear them everywhere. They’re sappy, boring and irrelevant," she said. "There are more important things to write and sing about. My music is about real things." 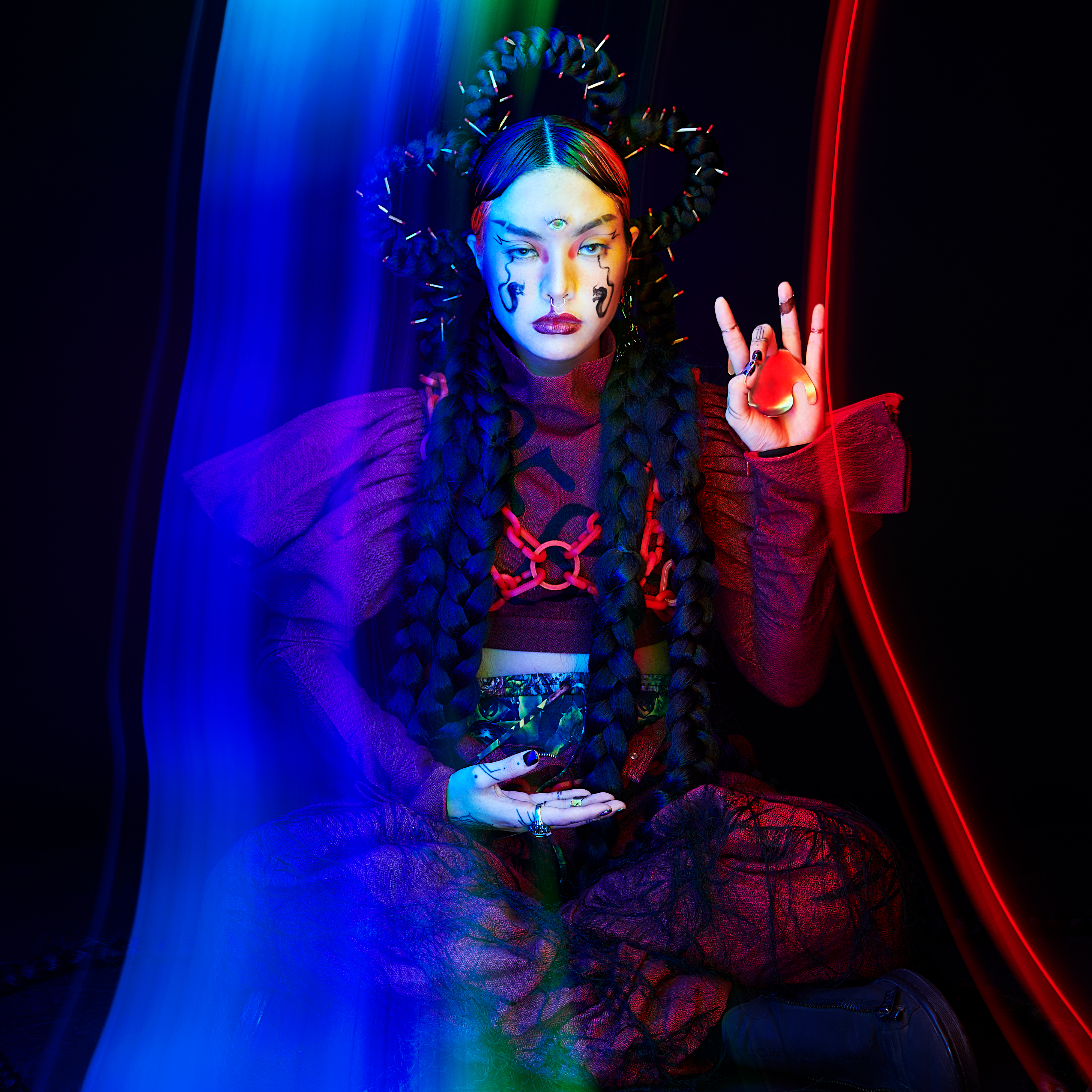 Like many others Thais watching the events in the country unfold, there's an ideological war going on in Pyra's head - one she says is closely connected with the sometimes daily protests rocking Bangkok. The issue has also strongly divided her family, many of whom are pro-government supporters of the monarchy.

"I’ve been having a really hard time, just like everyone else. I’ve been talking a lot to myself lately but I’m still crazy happy to see everything going on in the country right now," Pyra says with a smile before flashing the three-finger salute, a symbol of quiet defiance from the "Hunger Games" movies, now adopted and popularized among young protesters on the streets.

"When one person stands up and speaks, it empowers others. It's natural energy that can never be defeated and that's what's happening in Thailand now."

A self-described "third-culture kid," she rebelled against her conservative upbringing.

"Growing up, I didn’t speak the best English but still went to one of Thailand's most prestigious universities," Pyra says. But she never once participated in freshman activities.

"Going to school, there was a culture of conforming and I really hated it. You were taught and told to always respect your seniors but I never did. Now I'm seeing these traditions being dismantled and destroyed - and I love it," Pyra said.

She also admires the similar movement in Hong Kong, a city she says remains close to her heart. She said she is a "huge fan" of pro-democracy activist Joshua Wong.

"Authorities everywhere need to listen. That’s why these protests are happening."