Author Kamalsy Najmal has not written since 2016. This was the year when, under the Indian law, he was branded a “traitor”. It all started when Najmal, from the southern Indian state of Kerala, wrote a book titled ‘Smashanangalude Notepustakam’ (Malayalam for Notebook of Cemeteries) in 2015.

In his book, the 42-year-old said, a child asked his teacher in school to let him use the toilet, but the teacher refused. In the evening, when the last bell of the day rang, the students got up to sing the Indian national anthem. But this child ran to the toilet instead because he could not hold it in any longer.

This fictional anecdote was enough to rile up the complainant, a member of the Bharatiya Janata Yuva Morcha, which is a youth group affiliated with the right-wing ruling Bharatiya Janata Party. A case of sedition under the infamous Section 124A (sedition) of the Indian Penal Code (IPC) was invoked against Najmal for “insulting” the national anthem. On December 18, 2016, Najmal was arrested.

Indian author Kamalsy Najmal publicly burnt his book in 2016 when the state government charged him with sedition for allegedly insulting the national anthem. He continues to be a social outcast because of the allegations. Photo courtesy Kamalsy Najmal

“The police officers tortured me for three days, like a criminal,” Najmal told VICE News. “They put me in a cell, naked. There were women officers around too. They made sexual remarks about me. I cannot forget the torture that put me through.’”

Najmal was released but he ended up in the hospital for two days. His wife was pregnant at the time, and his parents physically frail. Outside the hospital building, Najmal said people stood to protest against his arrest. “I publically burnt my book and announced that I will no longer write,” he said. Najmal holds on to that promise even now.

Najmal’s story is one of the many that puts a spotlight on the draconian, colonial-era sedition law that allows the Indian government to swiftly—and easily—brand its outspoken or dissenting citizens as “traitors”. Section 124A of the IPC is defined as any action that brings or attempts to bring hatred or contempt towards the government. It’s a colonial vestige from 1870 and covers almost every form of expression, from spoken or written words, to cartoons and illustrations.

Human rights and legal experts routinely criticise the law for being misused. Early this month, former Supreme Court judge Madan B Lokur stated that sedition law was being “weaponised” to curb free speech.

This month, four journalists who were headed to the northern Indian state of Uttar Pradesh’s (UP) Hathras district, were charged with sedition for holding placards that expressed support for the victim of a caste-based sexual violence. This happened after reports of the UP government trying to cover up the crime emerged. Activists are routinely arrested on the charges of sedition.

The year 2019 saw a a sharp increase in sedition cases—by 165 percent, since 2016—according to the National Crime Records Bureau (NCRB) data.

Early this year, over 3,000 people were accused of sedition in the eastern Indian state of Jharkhand. Those charged had protested against the Indian government’s controversial citizenship law. The Citizenship Amendment Act, 2019 (CAA) fast-tracks Indian citizenship for non-Muslims from neighbouring countries.

Sedition charges are often passed off as a measure to maintain law and order. In contrast to the rise in sedition cases, the conviction rate is just at 3 percent. Fali S Nariman, a jurist and senior advocate at the Supreme Court, stated that sedition is an offence “only if the words, spoken or written, are accompanied by disorder and violence and/or incitement to disorder and violence.”

“If you look at the NCRB’s data, along with the conviction rate in sedition, it’s evident that the focus is on lengthening the time taken in the pre-trial processes, and not on proceeding with a full-fledged trial,” Lubhyathi Rangarajan, a New Delhi-based independent advocate, told VICE News. Rangarajan is creating a database of 124A cases filed against Indians over the last 10 years.

VICE News spoke to the brother of 16-year-old Aamir* in UP’s Azamgarh city, who was charged with sedition early this year. He was in prison for over four months. The police insisted he participated in an anti-CAA protest. Aamir’s family said he was wrongfully picked up while he was on his way to a local restaurant where he worked.

“The police said he was an atankwaadi (terrorist),” Naeem, Aamir’s elder brother, told VICE News. “He was a child, so he should have been taken to a juvenile centre.” Naeem said that his class 5-dropout brother wasn’t the one participating in the protest. “I was. And I think that is connected to his arrest,” he said.

Aamir, in the meantime, has moved to New Delhi. “We wanted him to get away from all this. He sells fruits now. What else can we do? My father sells plastic bags and I’m a driver. We have to survive,” said Naeem.

Rangarajan said that the key motive behind sedition charges is to send a message through the stories of those charged. “In fact, the pre-trial process is a very traumatic experience,” she said, adding that some of those charged often find it difficult to find lawyers.

Beyond the sedition charges are lives that are completely dismantled. Najmal said he went on a complete hunger strike in 2017 for the government to close the case. The trauma, however, remains. “I lost my job. Nobody accepts my biodata and I’m still struggling to get a job,” said Najmal, who worked as a theatre teacher.

Shashidhar Venugopal, a 63-year-old police reform activist from the southern Indian city of Bengaluru, spoke to VICE News about being slapped with sedition—twice—for speaking up about the indignities constables face in the Indian police force. The first one came in 2016, on June 2 when he was arrested at 1 AM and spent close to 100 days in prison. 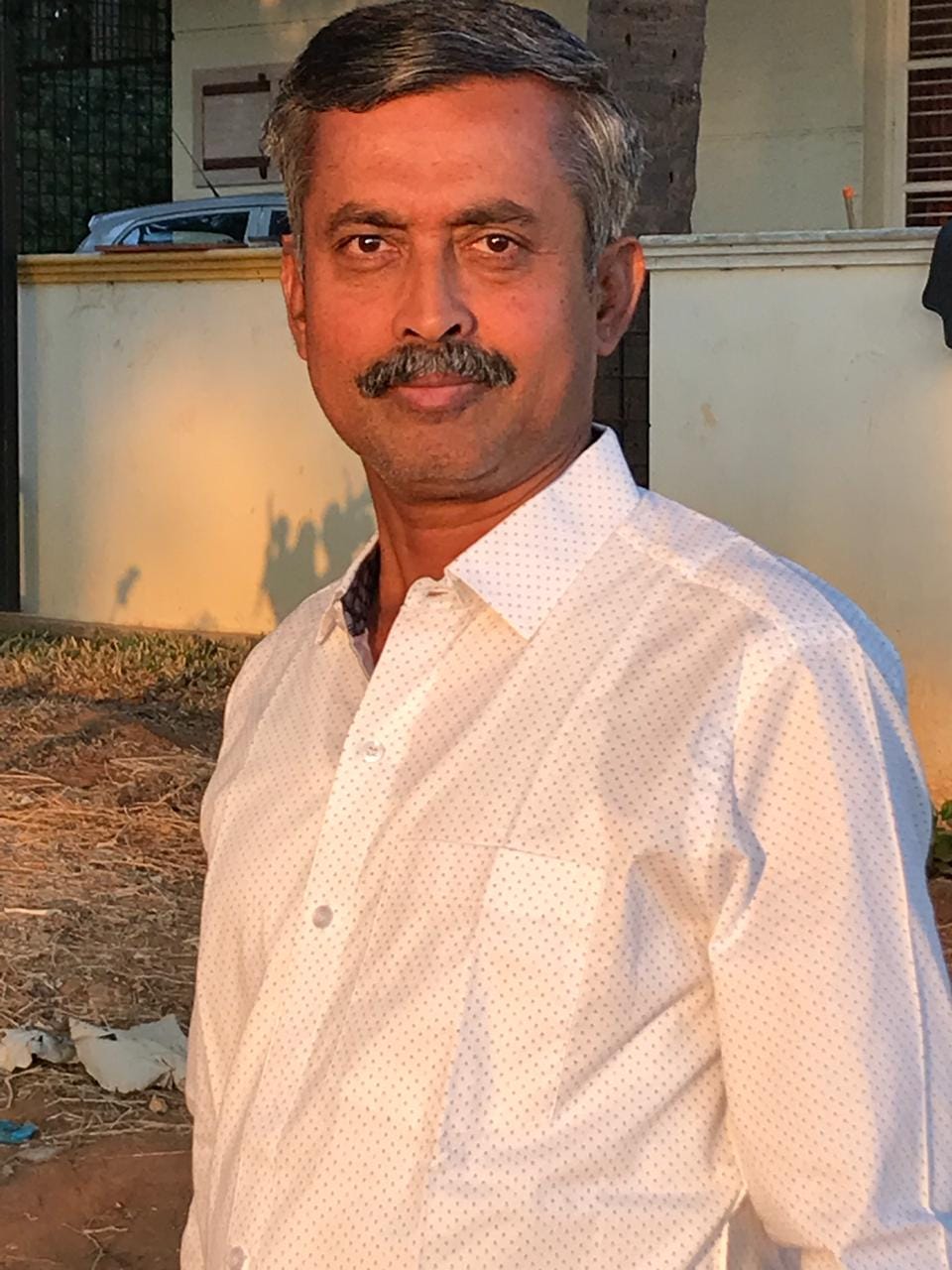 “The police accused me of trying to topple the state government,” said Venugopal, who served as a constable for 11 years. He is the founder of Akhil Karnataka Police Maha Sangha, an activists’ collective that speaks up about injustices in the police force.

On February 12, 2019, he was charged with sedition for the second time. The trigger was his Facebook post that spoke about his activism. He was in jail for 22 days. Between jail time and activism, Venugopal’s family suffered. He said the police went to his children’s school and told them he was a traitor. His daughter refused to attend her school. “My son tried to die by suicide,” he said.

Rangarajan said that recent trends point to a growing number of sedition charges based on social media posts. “Speech in any form is being tracked,” she said. “These people could be a part of a certain socio-economic profile, too.”

Last week, the International Press Institute and Belgium-based International Federation of Journalists urged Indian Prime Minister Narendra Modi to drop, among other charges, sedition cases imposed on journalists for their work. Journalists, the petition said, need to work “without harassment and fear of reprisal”.

“This is an uncivilised act and shows how dirty our system is,” said Venugopal. “But people like me have not lost hope. I will fight until I am hanged. They cannot shut me up.”