It was July 2019 and Chris Jericho hadn’t felt this kind of rush in almost 20 years. In front of 5,000 fans, mike in hand, the pro wrestling legend stood in the center of the ring and took a breath. “Everyone says you’re a great talker,” he thought to himself, looking out at the amphitheater crowd in downtown Jacksonville, Florida.

For the first time in years, Jericho was in front of a crowd without a script. He carried the responsibility of teasing a make-or-break title match for the newfound All Elite Wrestling (AEW), which was then preparing for its television series debut. He launched into the first unvetted, in-ring promo since his early days in the World Wrestling Federation.

There he had talked trash and thrown fists with the likes of Dwayne “The Rock” Johnson and “Stone Cold” Steve Austin. Here Jericho used an improvised speech to challenge his opponent, Adam “Hangman” Page, a rough and tough wrestler who made a name for himself as a renegade.

Jericho flashed specks of Hangman’s blood left on his hands from an earlier confrontation, before the up-and-comer came running from backstage, down to the ring, hopped over the top rope, and attacked Jericho with a fury of punches. The two duked it out, falling over each other in a heated scrap as a frantic pack of referees rushed over to break up the brawl. Fans, on their feet, chanted for more.

AEW Dynamite has attracted hundreds of thousands of weekly viewers in the last year with dramatic moments just like it, blending compelling (and sometimes bloody) drama with high-stakes matchups and a new era of representation. But it was the spirit of that pep talk Jericho—one of the greatest wrestlers to ever enter the squared circle—gave himself beforehand that makes Wednesday night’s Dynamite the most promising pro wrestling show in decades, he tells VICE.

“It’s real,” Jericho, 49, said over the phone, one day after celebrating his 30th year in the business with a mid-show celebration that featured surprise cameos from Shaq, Slash, Diamond Dallas Page, and more. “What you’re seeing is legit. It’s true life and it works.”

That realness is perhaps why Dynamite has become a mainstay on weekly television. It’s “written” by the same wrestlers who carry out the high-risk action, and dependent upon its performers fully believing in their attributes, characters, and the smoke-and-mirrors universe it all co-exists in. They plot the overarching storylines. But the minutiae of each weekly show is often heavily improvised—a rarity in recent decades for televised wrestling. Jericho says this is where the athletes’ own gift of gab and genuine character takes over: "You can’t sit there and overthink it." 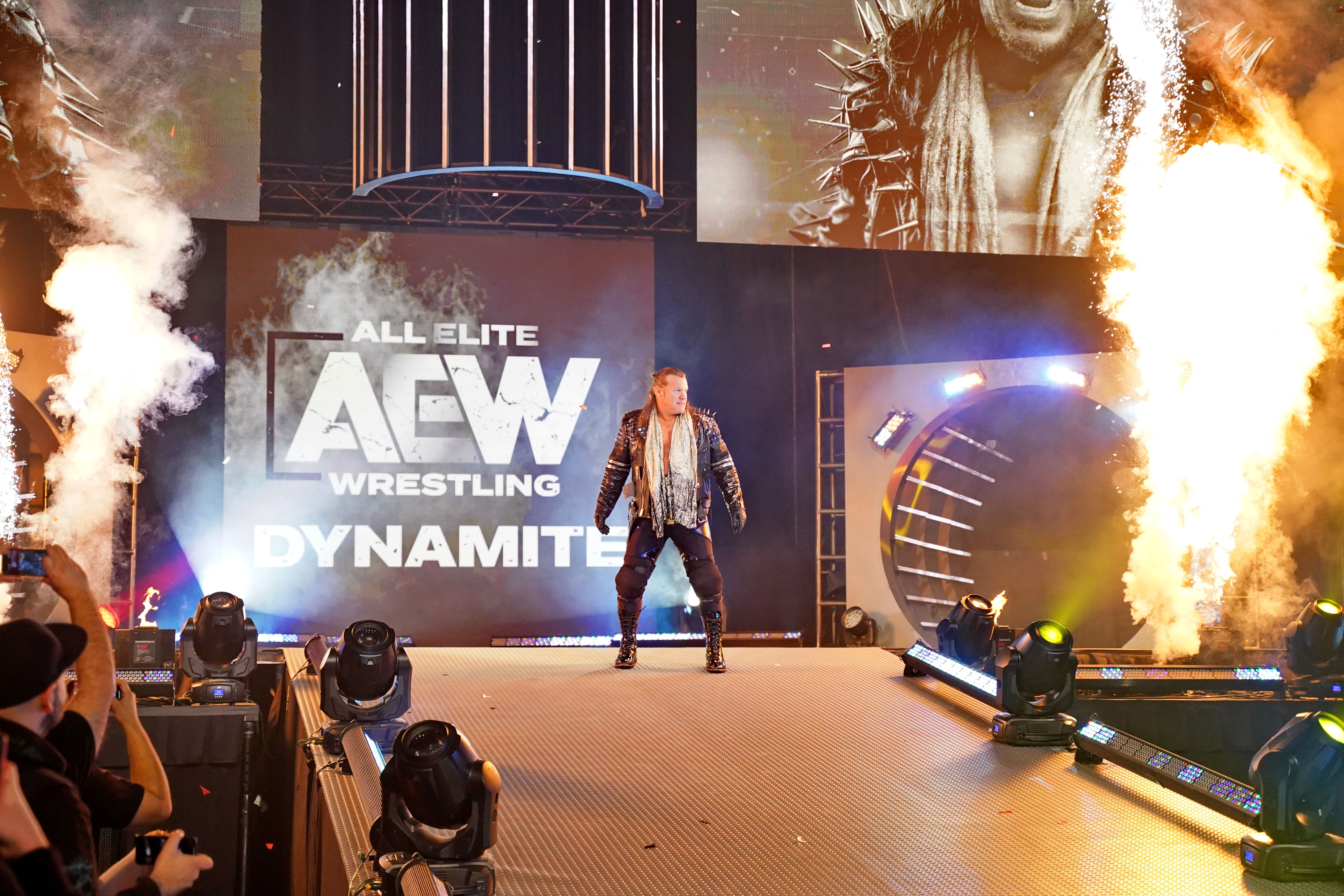 This mostly scriptless method—which allows wrestlers to play to the crowd as well off each other—has worked surprisingly well for AEW. Since the show debuted last October, Dynamite has consistently surpassed its rival WWE in Wednesday night’s ratings, according to Variety. This is due, in part, to what one publication called  that company’s “stale creative,” which at one point drew so many complaints from online fans there was a backlash to the backlash. But it’s also clear AEW’s freeform style was born as a direct response to WWE’s growing predictability. “We let our talent be talent,” Jericho explained. “We expect people to be creative. There’s nobody writing our script. We’re all writing, and that’s the beauty of it.”

Jericho points to former WWE Champion Dean Ambrose as a prime example of the ethos at work. Now wrestling for AEW as "Jon Moxley," the star recently made headlines when he called his former employer's scripts "stupid" in an interview with wrestling blog Still Real to Us.

By contrast, at AEW, "His promos are amazing and nobody is writing a word for him," Jericho told VICE. "That’s one thing about our company: You can be you, and we want you to be you. It’s like, 'Dude, go be you. What got you to the table? Why are you here?' "

When Jericho, in 2017, himself tired of WWE, began freelancing his renowned ring work to smaller promotions around the world, he found himself in a string of matches for New Japan Pro-Wrestling. One of those matches centered around a highly anticipated Wrestle Kingdom bout with Kenny Omega, a Canadian independent flyer who became a budding star in his own right on DIY circuits around the world before landing in Japan. By the time he’d met Jericho in the ring, Omega had already been hatching a plan with another former WWE star, Cody Rhodes, and wrestling brothers Matt and Nick Jackson (aka “The Young Bucks”), which had them angling to start their own revolutionary promotion run by the wrestlers themselves—later to be known as All Elite Wrestling.

Jericho relished in his NJPW match with Omega: “I couldn’t believe how much freedom we had,” he told VICE. Their widely celebrated matchup wound up being a preview of what was to return stateside less than a year later, when entrepreneur Tony Khan—the son of billionaire Jacksonville Jaguars owner Shahid Khan—backed their self-directed plan. Already popular among wrestling fans online, and now armed with significant finances, AEW instantly caught fire as the first legitimate challenge to pro wrestling’s status quo in the U.S.

“Nothing like this has happened in eighteen years,” Rhodes, who now simply goes by “Cody” outside the WWE, told FLOOD Magazine before last year’s Dynamite debut.

In addition to its freewheeling approach, the show’s progressive bent has taken aim at bringing significant social and structural change to the business, granting its full-time wrestlers health insurance (a confounding anomaly within an inherently dangerous industry). It’s also placed an emphasis on representation and inclusivity, starting with its 2019-20 launch, which saw Nyla Rose become the first transgender women’s champion in major televised wrestling history last February when she won the AEW Women’s World Championship. Omega recruited her for AEW when she was a relatively unknown wrestler. “Now suddenly you’re thrust into this position like, ‘Oh holy crap, I can make a difference,’” she told Sports Illustrated last year.  “So I don’t take that lightly.”

AEW “has a reputation now where guys and girls go to really get a shot,” Jericho said. Once wrestlers, like himself, arrive backstage and see how the show comes together each week through collaboration, rather than dictation, it’s a creative high that can’t be found in other promotions.

That, the longtime wrestler says, is one of the attributes the Dynamite troupe has showcased while attracting fans, and high-profile wrestlers—Matt Hardy, Jon Moxley, Brodie Lee, Awesome Kong, and Miro—from all around the world. Of course, he’s included in that storied mix too.

“With AEW, I had a chance to basically change the wrestling business for the better,” said Jericho. “That meant a lot to me. I can be a part of something here that is going to live forever.” 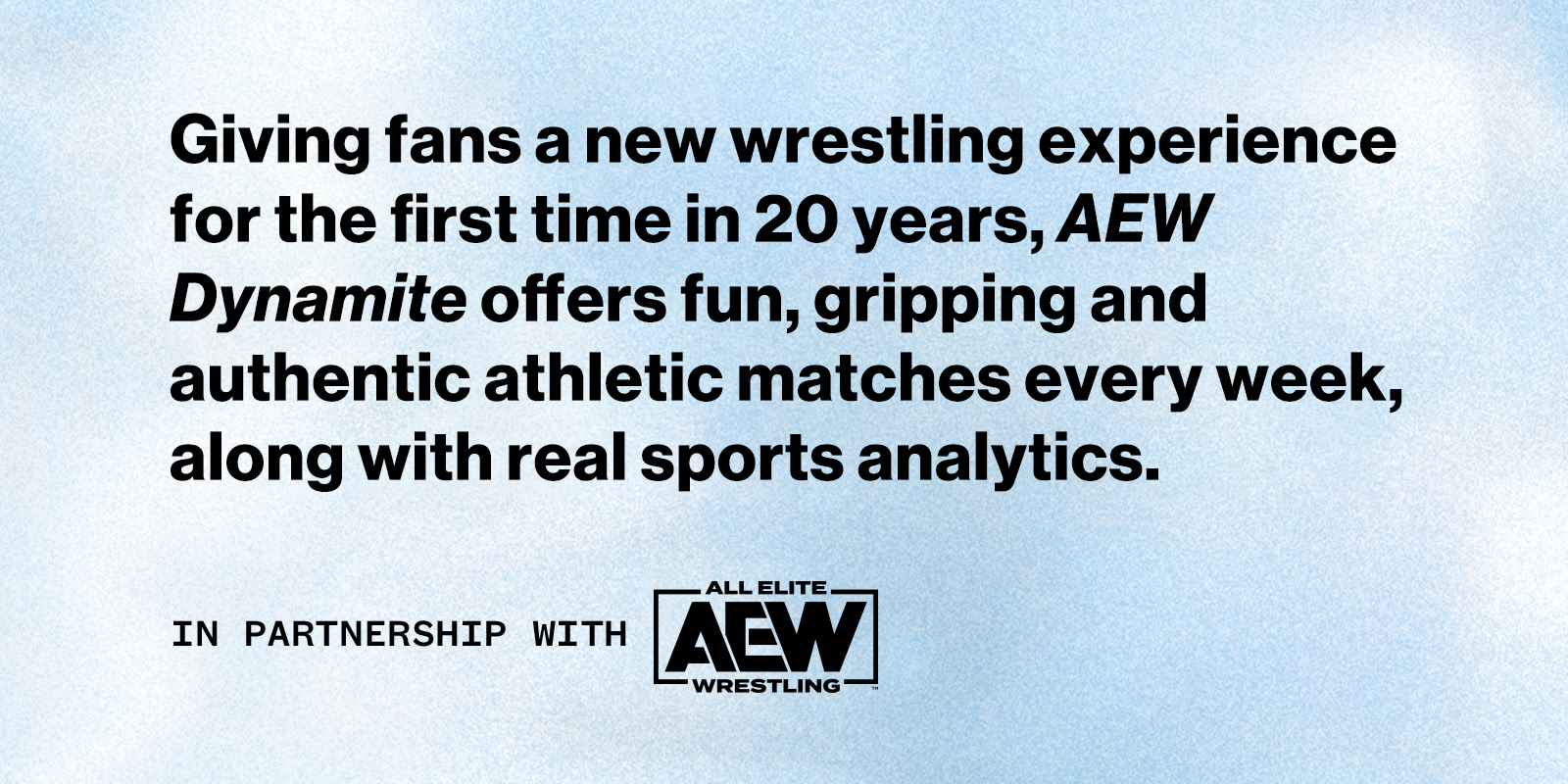