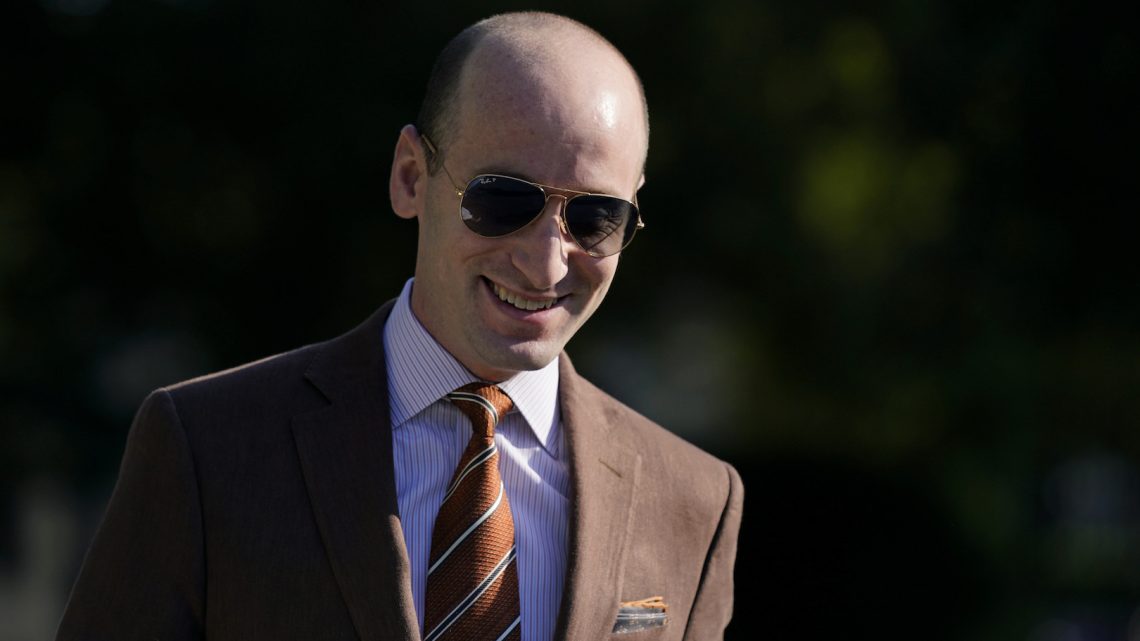 Stephen Miller, a senior adviser to President Trump and architect of his administration's anti-immigration policies, announced he has tested positive for COVID-19.

“Over the last 5 days I have been working remotely and self-isolating, testing negative every day through yesterday,” Miller said in a statement Tuesday. “Today, I tested positive for COVID-19 and am in quarantine.”

Miller is just the latest person in Trump’s inner circle to test positive for the incredibly contagious virus, which has been snaking through the White House halls this past week. Trump himself was just released from the hospital where he was receiving treatment Monday night.

Miller was photographed boarding Marine One last week with White House officials including Hope Hicks, Dan Scavino, Nicholas Luna, and Jared Kushner. Kushner and Scavino are the only people in that photograph who haven’t tested positive for the virus. None were wearing masks.

Miller did not specify whether or not he is currently experiencing symptoms of COVID-19.

Miller’s diagnosis comes one day before Pence is scheduled to debate Democratic Senator Kamala Harris, and is likely to fuel further heated discussion over the safety measures at the forum.

The two sides have haggled over the rules, and originally agreed to put erect plexiglass barriers around both participants. But earlier Tuesday, Pence requested that he be allowed to participate without a barrier, and the commission that sets the rules agreed to allow him to participate barrier-free.

Trump’s White House has become a coronavirus hotspot, spreading anxiety among staffers worried for their own safety and confusion among those who must interact with the Trump administration about how to stay safe. Trump caused an uproar by striding into the White House on Monday evening after removing his mask, despite his COVID-positive status.

Miller is known as the architect of the Trump administration’s hardline policies on immigration. He aggressively pushed to effectively seal U.S. borders with Mexico and Canada at the outset of the pandemic, and backed a travel ban on China and Europe.

Prior to the coronavirus pandemic, he backed sharply limiting asylum, including forcing those applying for asylum to do so outside the U.S. He also backed deporting longtime undocumented residents even if it meant separating U.S-born children from their parents.

Trump Triples Down on Failed Strategies