Meth and Motherhood: A Look at Rural Australia’s Overlooked Addicts

Recovered addict. Support worker. Mum: These are three titles Ann uses to describe herself these days. But three and half years ago, Ann’s life looked very different. In early 2017, she was deep in the throes of a methamphetamine addiction and an abusive relationship—both of which had cost her her job and left her homeless on the streets of Bunbury, a port city two hours south of Perth.

She got out of that situation by doing the most terrifying thing she’d ever done: she dropped her kid off to their father, loaded up her car, and drove to the seaside town of Busselton to get clean. She didn’t know anyone there, and she cried for days on a hostel bed. She cried about leaving her daughter, she cried at the thought of managing life without drugs, and she cried because she was alone. But she got clean.

Australia’s methamphetamine epidemic is well established. The latest report from the National Wastewater Drug Monitoring program shows that out of 30 countries with comparable stimulant data, Australia ranks third in use of methamphetamine. And rural Australians use considerably more than their counterparts in the cities.

When we talk about rural drug use, we often think of young people. Particularly, there’s a popular notion that bored teenagers and twenty-somethings consume the lion’s share of rural meth. But in Western Australia—the nation’s largest state and a truly enormous swath of continental desert—there’s an addicted demographic that’s sadly overlooked: thousands of rural women, just like Ann, whose experiences with meth are all bound up with experiences of motherhood.

It’s hard to know just how many mums are using meth, as most never admit to it, but practitioners at the Women and Newborn Drug and Alcohol Service report that it’s the “drug of choice”  for most women coming through their doors.

Ann said when she first started using, her life appeared like anyone else’s, or at least from the outside.

“I was still waking up in the morning, still going to work, still falling asleep at night,” she said.

But as her addiction intensified, the façade fell away. Money that Ann received as a single parent—money meant for her daughter—went to drugs, and she became dependent on a violent partner. Juggling the responsibility of motherhood amid violence and addiction, she leaned on meth even more as a means of escape. As the cycle went on, Ann’s parenting suffered.

“When you’re a female and you’re using drugs, you’re in a vulnerable position,” she said. “I was physically there with my daughter, but I wasn’t really present emotionally…my daughter witnessed a lot of stuff she shouldn’t have seen, because of my addiction.”

Dr Nicole Lee is an adjunct professor at the National Drug Research Institute. She said mothers in addiction face overwhelming challenges, largely due to judgement from the community.

“There’s a lot of stigma generally around people who use drugs, and for women even more so—they’re seen as poor mothers and poor wives when they use drugs,” she said.

Ann can vouch for that stigma. She remembers when her addiction became visible, and she recalls the looks she received when picking her daughter up from school.

“I was scared I’d be seen as a failure, as a bad mother,” she said. “That fear hangs around.”

For many mothers living with an addiction, the looming threat of the “bad mum” label means support services can feel like a surefire way to lose your kids to child protection services. 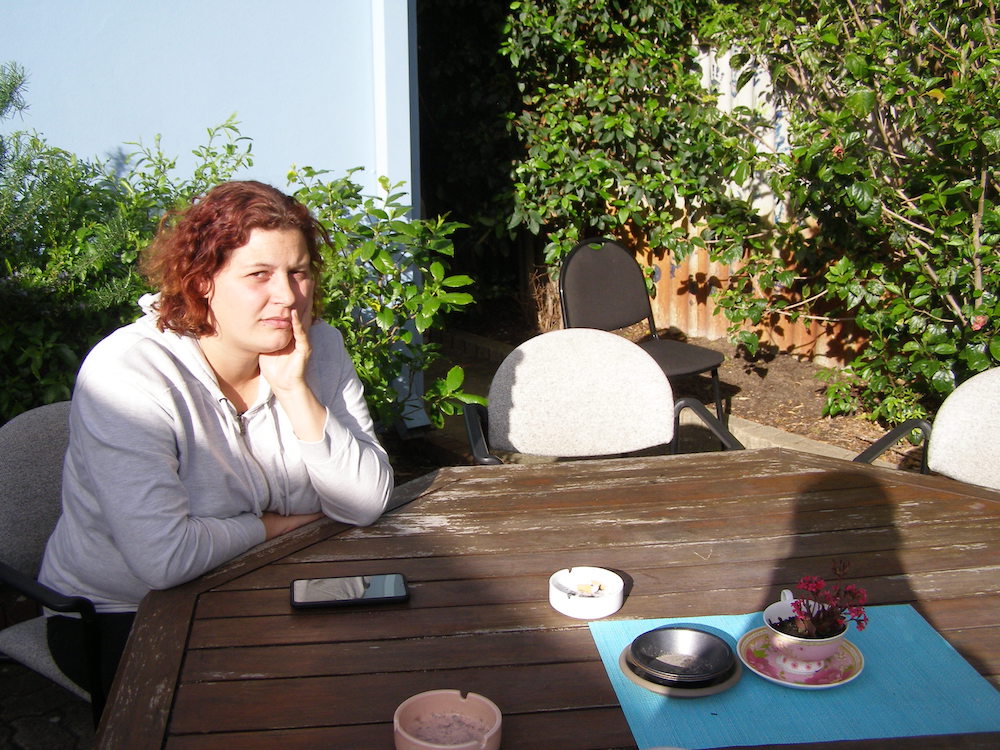 This was certainly the case for Taina, who became pregnant to her dealer. Taina continued using at the start of her pregnancy, but by the time she had her second ultrasound—by which point her baby had a sex and a name—she knew she had to get clean. It wasn’t easy, because the threat of judgement kept her away from support services. Going cold turkey, alone, was almost unbearable. But it was better than what felt like the only alternative: giving up her baby.

“They [The Department of Child Protection] are there for a reason, and I understand and respect that, but it's a big fear for a lot of mums,” she said. “I grew up in the foster system, and it's the last thing I wanted for my son.”

Dr Lee said the idea that addiction automatically makes a bad mum is not only a massive barrier in women’s recovery—it’s also untrue.

For Taina, it wasn’t just the fear of giving up her baby that kept her away from support. Even before children were in the picture, she had no idea where or how to get help. She was living on a farm with no license, no car, and the nearest tiny town an hour’s walk away.  There, Taina was literally miles away from support.

According to Dr Lee, regional isolation is a serious obstacle on the road to recovery. Funding for treatment options is typically allocated based on population, so in places like Western Australia, where people are scattered over vast areas, rehab services feel few and far between.

“Out of town on the farm, the only way I could get people to come visit me was if I scored; it's the only way I had anyone come over. I couldn't go anywhere.”

Ann told a similar story of being surrounded by other users who she considered mates: “I felt like [using meth] was something everyone did, because I didn't see a single clean person. They act like friends, and when you're a single parent you're lonely and you want friends, so you want these other users to come round because they’re the only connection you've got in the world…you do what you need to do to keep that connection going.”

When she described these old connections, Ann touched on a recurring challenge for mums overcoming addiction: going it alone. When Ann packed her car and drove solo to the coast in 2017, she knew her “friends” weren’t people she wanted to be around.  Still, she trembled at the thought of venturing into recovery by herself.

“I had to step out of my comfort zone and put myself in a situation where I didn’t know a single soul, and for me that was a very scary, daunting thing.”

Motherhood is widely understood as a great sacrifice—of time, of body, of sleep, of self. The day she stepped out of her comfort zone, leaving her child safely with their father, Ann did something mothers aren’t often allowed to do: she put herself first.

“It was massively scary...but instantly when I went, I felt safe,” she said.

Now, Ann shrugs at the irony: she had to focus solely on herself to ultimately become a better, more selfless parent.

“It was the hardest decision I've ever had to make, but looking back, it was what I needed to do to get me to where I am now,” she said.

Ann is now part of a group called Doors Wide Open. She’s a support worker with the organisation, and she sees Taina regularly. The house is dotted with photo frames and teddy bears; the backyard boasts a chook pen and a pizza oven.

The building regularly sees people gather to help one another recover from lives rocked by addiction. Many of them are recovered addicts; lots of them are also mums. An enthusiastic puppy weaves between people’s legs. In one room, kids are crowded round a desktop playing games, Ann and Taina’s children among them. Ann tells them yes, they may have a hot drink, as long as they keep it away from the keyboard, alright? The women seem happy, nursing cups of coffee and talking in the afternoon sun.

“It’s important to set up services where families can be involved in recovery, including children,” she said.

Addiction doesn’t render someone a bad parent, but it's not surprising that children are a massive motivating factor for mothers like Taina and Ann to get clean. The love these women have for their kids is palpable, written on their faces. When asked what the best thing about recovery is, Ann gushes.

“It’s being present with my daughter. For her to come up and just put her arms around me and say ‘I love you’.”

Meth and motherhood make for an almost impossibly difficult journey. For country mums, the doors to recovery are barricaded in a million different ways. But for Ann and the other women, what’s on the other side is more than worth it:

“I’m here, I’m present with my daughter, and I’m actually allowing myself to feel all these blissful little moments. And I love it”.