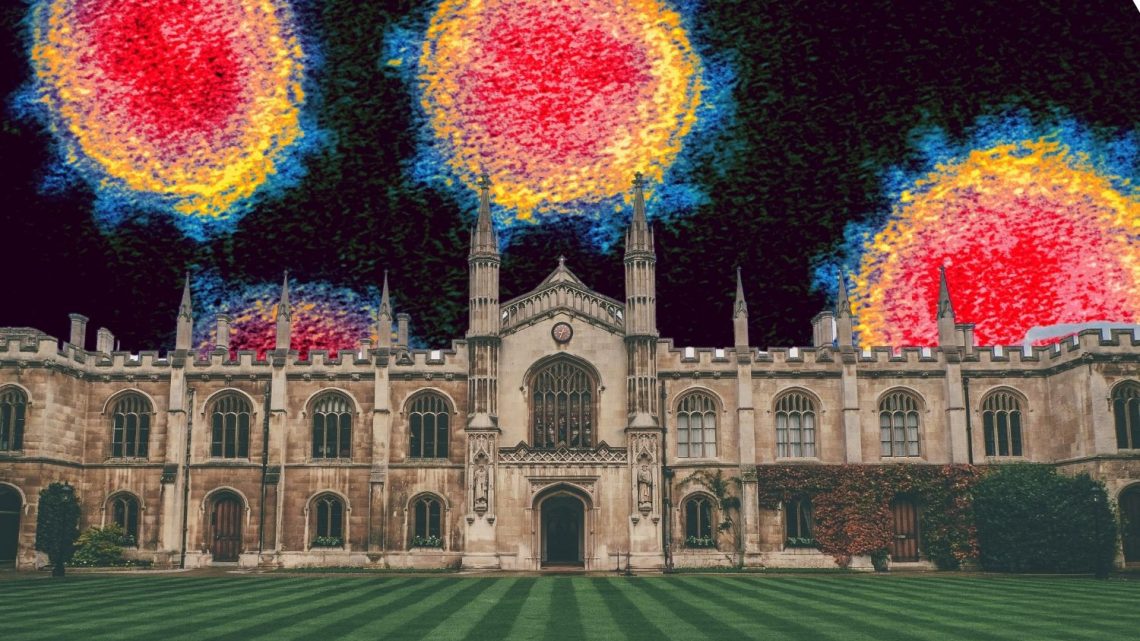 The email arrived only a few minutes before John* was due to log into Zoom and start his class. John is a philosophy tutor at a prestigious Australian university and he’d spent several months applying for postdoctoral positions around the country—positions that he’d hoped would lead him into a career in academia. The email was about the fellowship in John’s home city of Melbourne, a fellowship he’d spent five weeks preparing an application for. It was well funded, and even though the university had axed 450 jobs the day before, John thought it would be his best shot for 2021. He didn’t want to think about what would happen if he didn’t get it.

The email didn’t waste time getting to the point.

“I am sorry to have to advise you that, in light of the COVID-19 global pandemic, the University has made the very difficult decision to suspend this Fellowship program for 2021,” it read.

“It completely knocked the wind out of my sails,” John says sadly. “It took me about a week to recover. Obviously it was disappointing in and of itself, but it was symbolic of something much greater: the chances of this career actually working for me are basically nil at this point.”

John isn’t alone in his bleak assessment. The pandemic has sewn chaos throughout university sectors around the world. Many are shedding jobs, but no country’s universities are more acutely exposed than Australia’s.

As the third largest market for international students after the US and UK, Australia’s university sector is facing billions of dollars in funding shortfalls after its borders closed in March as thousands of students can’t physically enroll or attend. For this reason the whole tertiary education sector might be facing a “catastrophic scenario” if borders remain closed long into 2021. And for early career academics like John, the ramifications could last years.

But while the COVID-19 pandemic has been the death knell, it’s really a calamity that’s been decades in the making.

The saga really began in the late 1980s when deregulation removed caps on the number of international students Australian universities could take. Few thought this would make a difference to enrollments, as the cost of Australian courses was prohibitive to those not earning Australian wages. What few people foresaw, was the dramatic growth of the Asian middle class over the next several decades, and their appetite to study overseas.

“Because Australian universities had started earlier because of that policy change in the 80s they kind of were ahead of other countries on working out how to do international education and it kind of just kept growing from there,” says Professor Andrew Norton, a higher education policy researcher at the Australian National University.

“This was a relatively easy way to make money,” Norton says.

By 2018, international student fees accounted for around 26 percent of all Australian university revenue, or just under AU$9 billion annually. But that river of gold was effectively dammed by the border closure in March. Despite hundreds of thousands of international students remaining in-country and others participating online from overseas, Universities Australia, the peak body representing the sector, now estimates that the sector faces a $3.1-4.8 billion loss this year alone.

Worse still, is the outlook for the years ahead. Modelling by Victoria University’s Mitchell Institute projects losses of $19 billion for the sector by 2023.

Norton calls it the “most traumatic year in living memory” for the sector.

“The expectations of ongoing growth in international students numbers with consequent ongoing growth in revenues were totally dashed,” he says. “Instead they’re facing a significant multi-year decline in both student numbers and revenues.”

The impacts are already being felt. Universities around the country have so far announced about 11,000 jobs will be axed, out of an estimated 21,000 expected to go over the coming months. Because these are full time equivalent positions, the National Tertiary Education Union estimates that’s 30,000 people who will lose their jobs. On top of that, thousands more casual employees, who make up the bulk of the teaching and student support staff, are also expected not to be offered new contracts in the coming months. That’s a potentially huge proportion of the 130,000 people employed in academic and professional roles.

Simone*, a subject coordinator in a masters level subject at University of Melbourne, is already feeling the consequences. As semester two approached, hiring tutors for her subject suddenly became more complicated, she was asked to do more teaching hours, and her full time workload increased by about a third after a promised colleague position never materialised.

“Everyone is alarmed,” she says. “Not only about job cuts but everyone’s workload is going to increase, expectations are going to get higher.”

Her fix term contract is due to expire in November, and while there was never a guarantee that a new contract would be offered, it seems increasingly unlikely now.

“I’m quite worried. I had expected to go back to be being casual [next year]. I’ve been working there for many years and I’m probably one of the most experienced people in my discipline but now, obviously, I have no job security.”

Even though her department hasn’t been hit as hard by the lack of international students as others, she’s been told the burden is going to be shared across the university. But she doesn’t see that being distributed fairly.

“My feeling is that the burden is going to be placed on early career researchers and that the more established academics are going to leverage their careers and their credentials in order to ensure their jobs are safe,” she says. “Whereas obviously for those of us much earlier on in our career who don’t have those established credentials, it’s much harder to make a case for yourself.”

“The nature of the job losses will often be relatively junior people who are on less secure employment contracts and so that means probably a lost generation of the people who would have started their academic careers in the next couple of years,” he says.

“You definitely do have a very bad scenario, but the catastrophic scenario is that students can’t start in first semester 2021, and if that happens that will have devastating consequences for the higher ed sector.”

But a speedy reopening of the border may not be possible, as the Federal Government is moving cautiously after the country’s second largest state, Victoria, was forced to enter a second lockdown following a spike in COVID-19 cases in July. And apart from a pilot program that brought 300 students into Adelaide in August, the Federal Government is remaining tight lipped on how they’ll approach the border issue despite universities begging for clarity.

For many though, the damage may already be done.

“You already know when you want to get into the academic game that the chances are slim. It’s a possibly foolhardy decision. You know the risks. With covid that was exacerbated,” John says.

“I need to start turning my attention to other viable forms of work. At a certain point you have to pull the pin and say ‘this isn’t going to work’. There’s no point living in this fanciful, hopeful world.”

*Names changed at the interviewee’s request