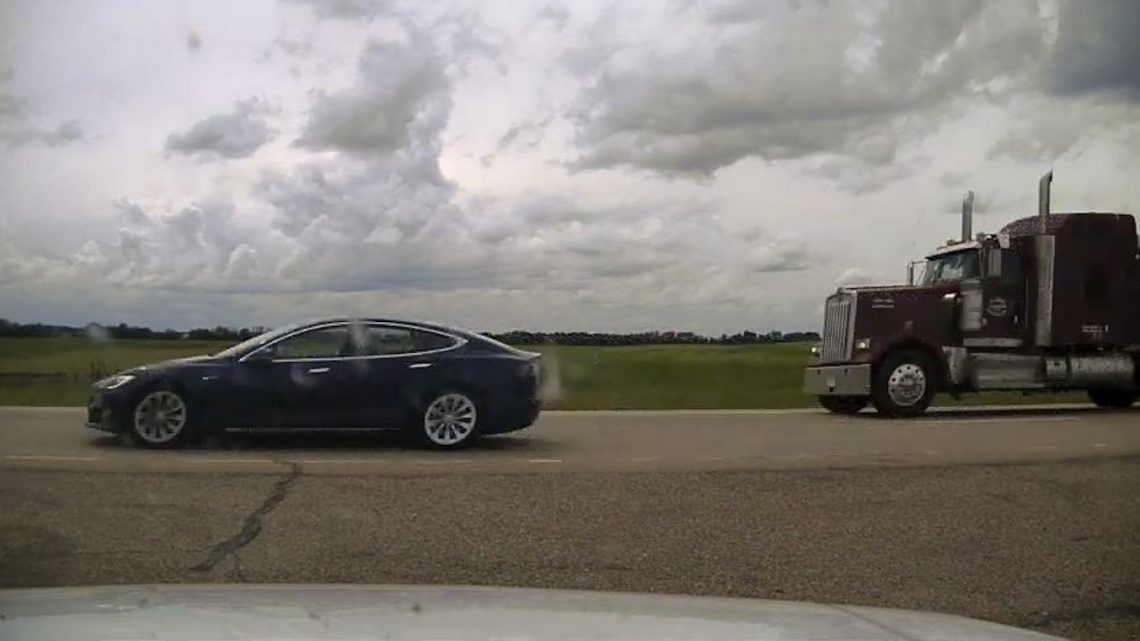 A self-driving Tesla hit 152 kilometres an hour on a busy Alberta highway in July, surprising an officer who saw no one inside the vehicle.

Alberta RCMP said they were alerted to the incident by a driver who called 911 after seeing a 2019 Tesla Model S speeding in the middle of the afternoon on July 9 with what appeared to be two people in the front seats, both asleep.

In response, an officer set up his cruiser on a centre median near Ponoka and waited for the car to approach.

“The Tesla goes by and (the officer) is like, ‘Wow, there’s nobody in that.’ So he pulls up and activates his emergency lights in the hopes of pulling the Tesla over,” Alberta RCMP Sgt. Darrin Turnbull told VICE News.

That gave the Tesla a clear lane, prompting the automatic driving system to speed up to 140 km/h. The speed limit was 110 km/h.

As the cop car got closer, the Tesla went faster, climbing to 152 km/h and then levelling off at 150 km/h.

“The officer was quite shocked to see it was speeding up,” Turnbull said.

It wasn’t until the officer turned on his siren that the Tesla’s driver appeared to wake up and pulled the car over.

The driver was handed a speeding ticket and a 24-hour licence suspension for fatigue. His passenger, who told the officer she was not tired, took the wheel for the rest of the drive.

It took police more than two months to formalize a dangerous driving charge, after consulting with Crown Counsel, witnesses, and self-driving vehicle manufacturers to figure out exactly how to handle the situation.

“I’ve got over 23 and a half years of police experience, and of those the majority is traffic law enforcement, and of course I’ve never seen anything like this,” Turnbull said.

In March 2019, Tesla Model 3 traveling 68 mph (109 km/h), with Autopilot engaged, crashed into a semi-truck turning onto a Florida highway, killing the driver. In 2016, Joshua Brown died after a tractor trailer pulled out in front of him on a Florida highway and Brown's Model S Tesla Sedan, which was in Autopilot, failed to brake.

Tesla’s Autopilot system requires pressure to be placed on the steering wheel, presumably by a driver’s hand, but people have found ways to game the system—for example, by wedging an orange into the wheel.

Tesla’s website states the Autopilot function is designed to assist with “the most burdensome parts of driving.” It also notes, however, that “current Autopilot features require active driver supervision and do not make the vehicle autonomous.”