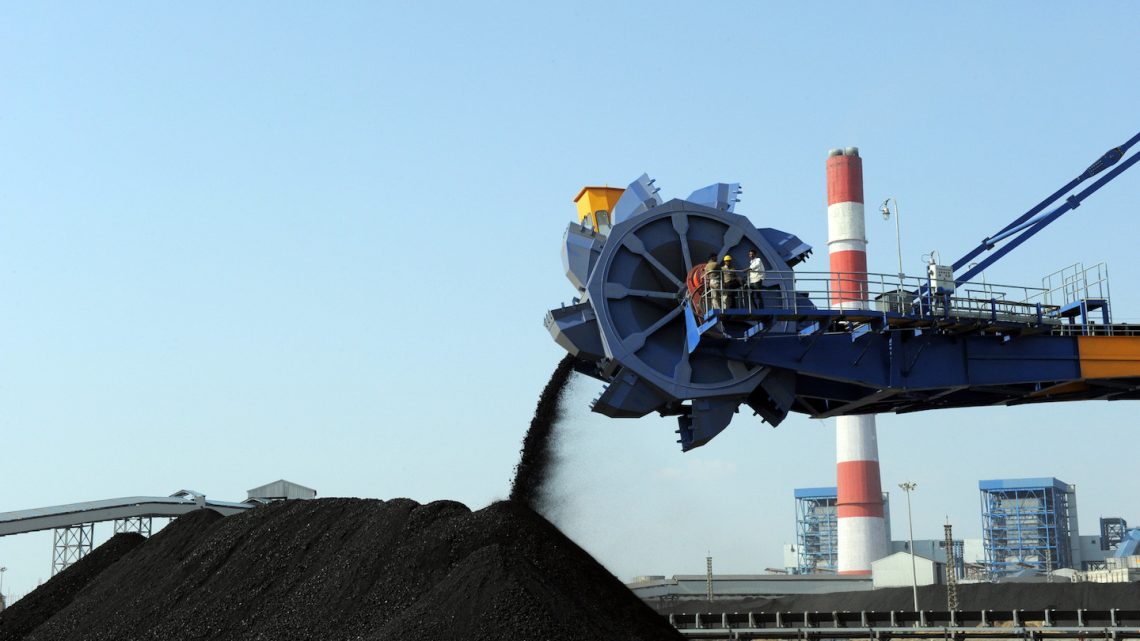 Traditional Owners Block Access to Australia’s Most Controversial Coal Mine

A throng of more than 20 protesters—including Traditional Owners of local Wangan and Jagalingou country—has blocked the main road to Australia’s Adani Carmichael coal mine in a bid to re-establish control of the land and force the mining giant to abandon the project.

The blockade is preventing workers from accessing the construction site for the thermal coal mine, which, when completed, is set to be one of the world’s largest. With the capacity to generate an annual output of 60 million tonnes of coal, it's estimated that the mine could singlehandedly put twice as much carbon into the atmosphere as Tokyo every year. All that coal then needs to be transported via shipping channels dredged through the Great Barrier Reef—which explains why the project has been highly controversial since its inception.

Despite numerous efforts to stop it, however, the mine was given state and federal approval in June 2019.

A spokesperson for Queensland Police said on Monday afternoon that a camp had been set up across the road, and negotiators from Mackay and the Whitsundays were at the scene, but authorities had not yet attempted to move the protesters on.

This action from the Wangan and Jagalingou indigenous community follows revelations, almost 12 months ago to the day, that the Queensland government had decided to extinguish native title over 1,385 hectares of Wangan and Jagalingou country—thus granting Adani freehold title over the area. Moreover, it is the latest gesture of resistance in what has been a decade-long campaign against the construction of the mine.

“We demand an end to the destruction of our unceded territory. We demand Adani Australia abandon their Carmichael mine project immediately. We want them out, we want them to pack up and leave our tribal lands."

Burragubba was bankrupted by Adani in 2018 after the mining giant tried to make him pay $600,000 in legal costs following repeated failed court actions to stop the construction of the mine. The company has also sought legal action to prevent him from returning to a ceremonial camp site in the area, underscoring fears that Adani’s freehold title over the area would result in traditional owners being forcibly removed from their lands by police.

But Burragubba, who has become the face of opposition to the mining project, remains undeterred.

“We, the original Wangan and Jagalingou people, believe that it is our inalienable right given to us by our ancestors, to oppose the compulsory acquisition of all our lands and waters within our borders,” he said. “As tribal warriors we will fight to defend our sovereignty and territorial integrity. Today we are re-establishing tribal control of our homelands.”

Burragubba further insisted that they would restrict Adani and contractors from exercising free movement within Wangan and Jagalingou lands, but would not impede on the mobility of the general public or local farming families.

An Adani spokesperson said in a statement that people at the blockade “do not represent the W&J native title claimants”, claiming that “in 2016 the W&J people voted 294 to one in favour of a [land use agreement] which endorsed the Carmichael project.”

The spokesperson further added that works at the site were continuing “despite this attempted interruption”, and said that Adani is “dedicated to working in partnership with all our traditional owners, including the Wangan and Jagalingou people, guided by the … land use agreements.”

Adani holds an Indigenous Land Use Agreement over the Carmichael area after seven of the 12 native title claimants supported the mine.

Legal experts have previously criticised Australia’s native title system, however, for the way in which it “embeds racism” by only allowing First Nations people to obtain royalties or compensation for their land if they sign a land-use agreement with the proponent.

Tony McAvoy, Australia’s first Indigenous silk, explained at a forum in 2018 that “what this means is if we object to a mine under the native title process, it’s very likely to go ahead and the normal benefits we might be able to negotiate, which include royalties, which include substantial compensation, well we can’t get those if we don’t agree.

“Therefore the system, the native tile system ... coerces Aboriginal people into an agreement,” McAvoy pointed out. “It’s going to happen anyway. If we don’t agree, the native title tribunal will let it go through, and we will lose our land and won’t be compensated either. That’s the position we’re in.”

Construction of the Adani Carmichael coal mine and its associated rail line began last year, with the company planning to export its first shipment of coal in 2021.