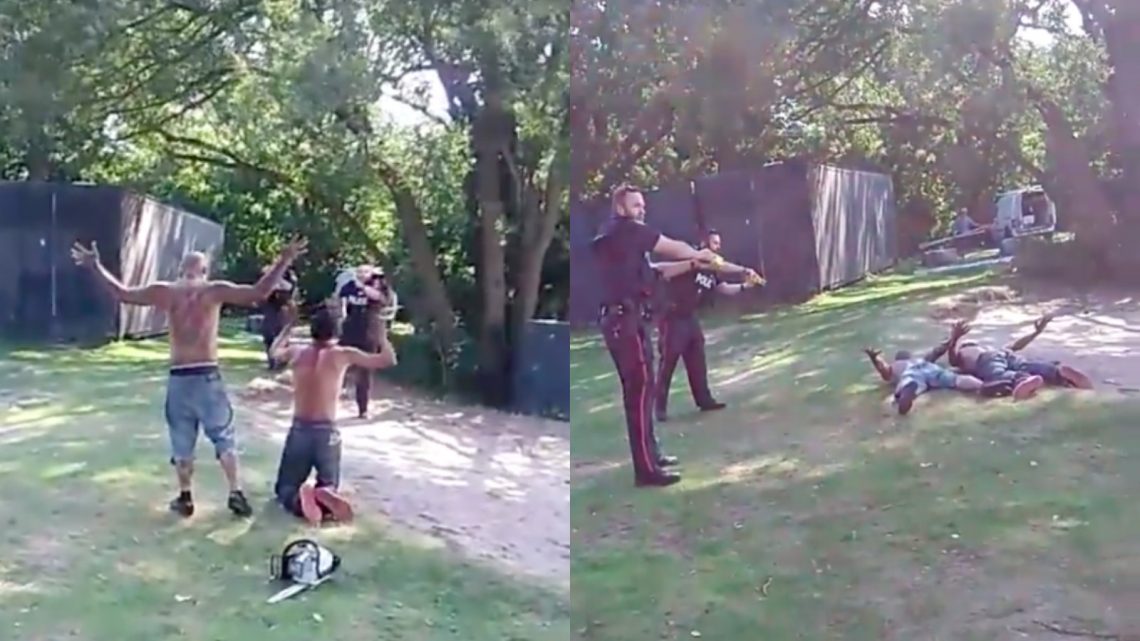 Two videos posted to Facebook show two heavily tattooed men revving chainsaws and screaming at a large group of people in Toronto that they “are fucked” before getting arrested.

On Sunday morning, just before 10 a.m., police were called to Cherry Beach in Toronto’s east end for an “assault in progress of a large group of people,” Toronto police Constable Jenifferjit Sidhu told VICE News. She alleged the men were involved in a previous altercation with a group of people and had “suffered injuries.”

“They then left and returned with weapons,” said Sidhu. “Officers arrived on the scene and both men were arrested and charged accordingly.”

Video posted by Facebook user David Sullivan shows the two men, one bleeding from his head, walking towards a crowd of people. Both are brandishing chainsaws and point them towards the crowd.

“You’re fucked,” yells one of the men as he walks towards the crowd, revving the chainsaw. “Who the fuck hit me?”

As he passes by the camera blood can be seen streaming down the back of his head. The men walk towards the crowd before stopping some distance away when the video cuts out.

Another video starts with the two standing above the chainsaws as police scream at them to raise their hands. The men get on their knees and raise their arms as four police officers with weapons drawn approach them. The men eventually lay down and have their hands cuffed behind their backs.

VICE News has reached out to witnesses but has not heard back. Sidhu said the videos are “part of their investigation.” 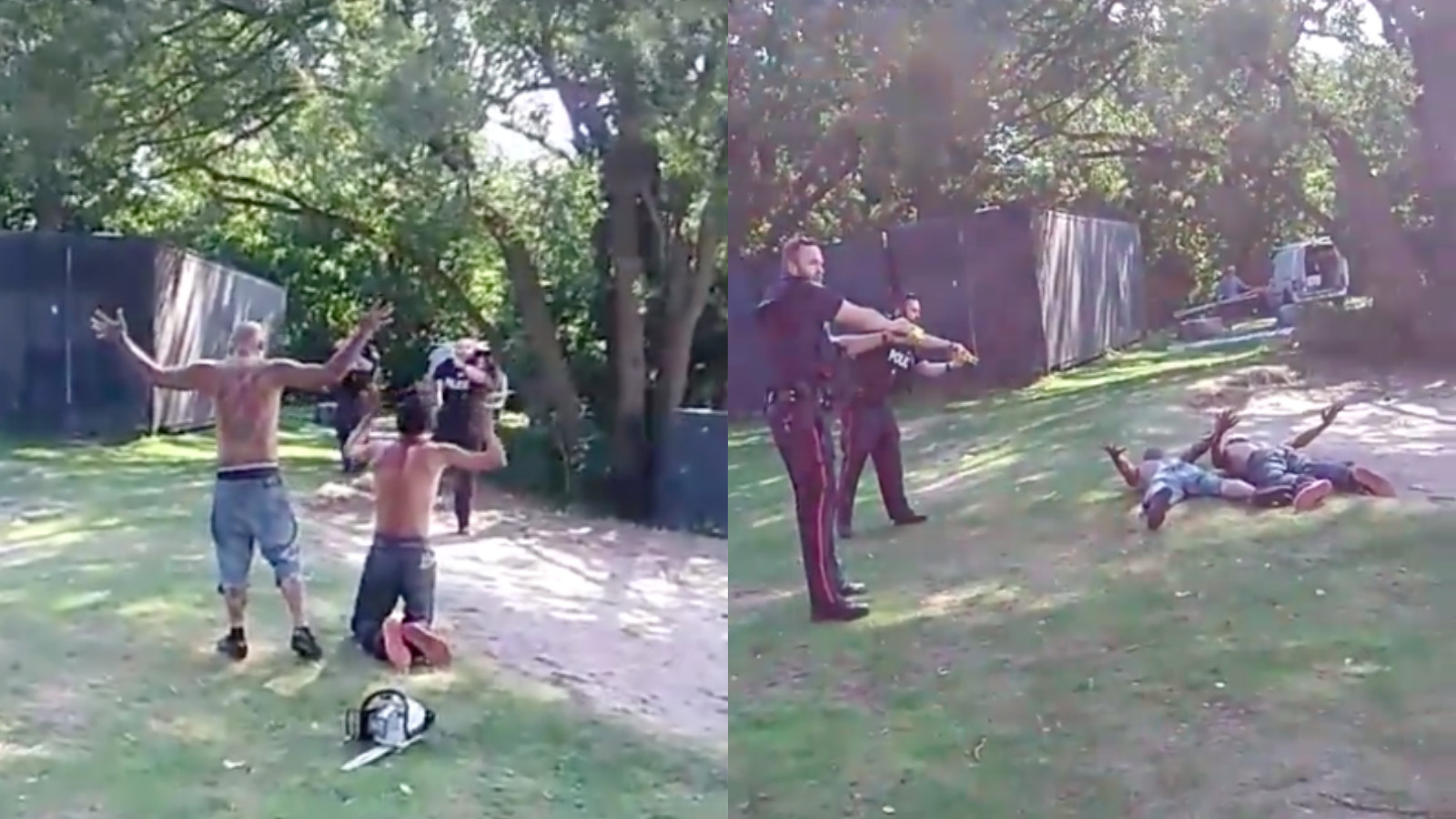 ​Screenshots of a Facebook video showing two men who menaced a crowd with chainsaws being arrested. Screenshots from video by Facebook/David Sullivan

Cherry Beach has been the site of several large non-physically distanced dance parties for several weeks.

Toronto Mayor John Tory referenced the incident and the parties during a press conference on Monday.

According to CTV, Tory said that they have been seeing several anti-mask protests in Queen’s Park, in front of Ontario’s legislature, in recent weeks. He said he thinks “a number of the very same people then end up at Cherry Beach having some sort of a gathering.”

Tory said the city will be keeping an eye on both gatherings because “gatherings beyond certain numbers and at certain times... are regulated at this moment in time. And also ones that scare or otherwise disturb people, we want to keep an eye on as well.”

Toronto recently relaxed its rules surrounding coronavirus as Ontario entered phase 3 of its reopening plan. Currently, gatherings of up to 100 people are permitted.