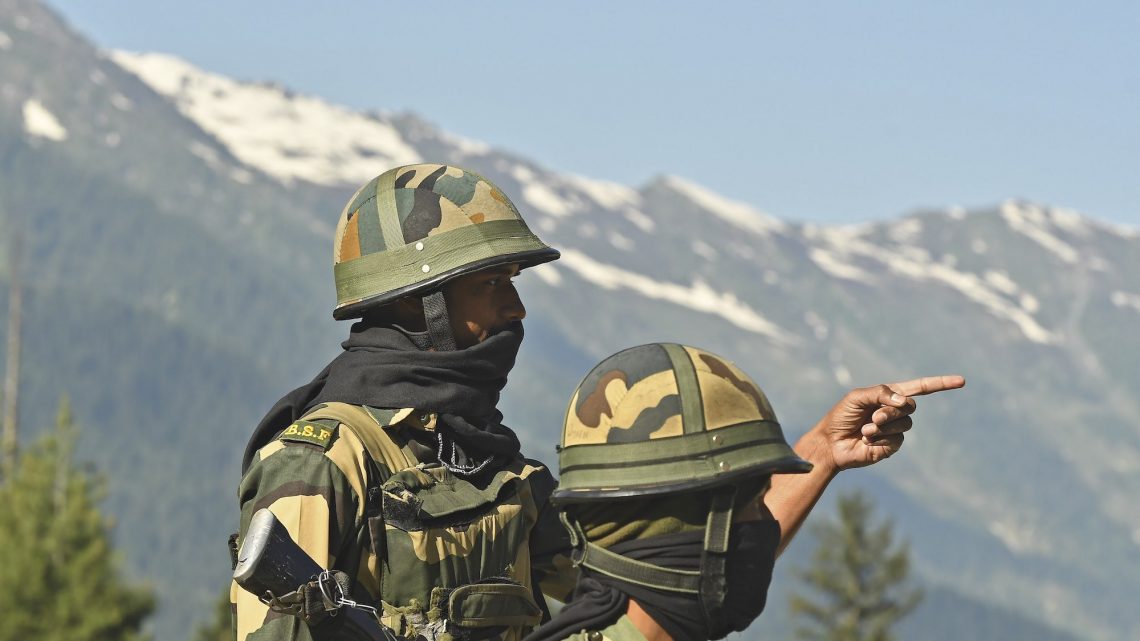 How China Is Quietly Moving its Borders into India

Despite evidence to the contrary, India’s government continues to maintain that Chinese troops didn’t cross the Himalayan border and capture Indian territory during a June 2020 standoff.

However, VICE News has spoken to several Indian sources on the Changthang region of eastern Ladakh, all of whom claim that China has been encroaching on their territory for years. Not only that, but many claim the China’s People’s Liberation Army has been denying them access to their own pastures for “the last several years.”

VICE News has documented at least nine instances of Chinese incursions into Indian territory since the 1980s. Pieced together, these accounts validate India’s long-standing concern that China will inch forward from the Line of Actual Control using a strategy called salami-slicing.

The Line of Actual Control (LAC) is a conceptual attempt to seperate Indian and Chinese territory. An official border has never been marked on map since both disagree on its details: India considers the LAC to be 3,488 km long, while China considers it to be around 2,000 km long. It crosses four states and a Union Territory on the Indian side; on the Chinese side is the Tibet Autonomous Region.

The LAC is divided into three sectors: eastern, central and western. The central sector is largely dispute-free. In the eastern sector, China claims the Indian state of Arunachal Pradesh for itself and calls it South Tibet. In the western sector, the LAC runs between Ladakh on the Indian side and Aksai Chin on China’s. India claims that Aksai Chin, a largely uninhabited 5100-odd square kilometre desert, is part of Ladakh. China has administered the region since building a road in the 1950s through the desert to connect its troubled autonomous regions of Xinjiang and Tibet.

It is the Himalayan western sector — which crosses the Indian Union Territory of Ladakh — that saw the June 2020 standoff between the two countries.

The Indian government maintained that Chinese troops crossed into its territory in early May and objected to the construction of a road by Indian officials in the Galwan River Valley of eastern Ladakh. Several small skirmishes between soldiers of both countries followed, leading to a clash on June 15 in which 20 Indian soldiers died. China confirmed that the PLA suffered casualties but has not released its death toll.

The people of eastern Ladakh say that the Chinese have progressed from salami slicing to chopping away chunks of Indian territory over the last few years. “There was a time when the lands were being encroached in inches but now they have dropped all pretence and are grabbing the territory in kilometres,” said Gurmet Dorjay, a councillor of the Ladakh Autonomous Hill Development Council in Ladakh’s Leh district. Dorjay has documents to prove that the PLA now sits on two acres of agricultural land that once was owned by Dorjay Dawa, the village head of Rupsho in south-east Ladakh.

Kunga Lotos, a member of the Changpa nomadic community who lives in Demchok — a village on the border — has photographs of his land which he says is now under Chinese control. He describes two areas called Neylung and part of Kakjung, both pastures, which are no longer accessible to the residents of Demchok. “It has been three to four years since we were allowed to go into these pasturelands. They don’t let anyone through.”

The Changthang region in the Indian Trans-Himalayan area of Eastern Ladakh represents the extension of the Tibetan Plateau, an important highland grazing region. There, the Changpa are dependent on livestock including horses, yaks, sheep and goats, for their livelihoods.

The goats of Changthang produce what is often described as the finest cashmere wool — called Pashmina — in the world. However, restrictions about accessing their own territories and lack of infrastructural development in the border areas pose a threat to the Changpa people. Many nomads are giving up their way of life and migrating to urban areas.

Namgyal Durbuk, a former councillor of a border constituency known as Durbuk, says that many nomads are now barred by Chinese forces to fence off their grazing lands. He said that the loss of grazing lands has caused the deaths of tens of thousands of newborn goats this season.

“The Chinese object to us building anything in our own territory, but they have built buildings without any objections from our government,” said a local resident who wanted to remain anonymous since he works with the Indian Army. As an example, the resident described an attempt by the local Indian government to build a bathroom near the hot-springs of Demchok. “They didn’t let us build it but they have constructed a building on the other side. I don’t understand why they stopped us.”

On June 11, four days before the Galwan Valley attack, Urgain Chodon — chair of the hill development council of Nyoma block — reshared a Facebook post from a year earlier. In the post, she alleged that PLA personnel had encroached six kilometres into Indian territory on July 6, 2019 and unfurled the Chinese national flag. She then went on to allege that in December 2019, the Chinese claimed the land adjoining that area as theirs and pushed the Changpa people, who consider it their ancestral winter grazing land, further back.

“The Chinese troops send in their nomads first after which the PLA enters. When they see no nomads within our territory, they claim the land,” said Chodon.

Multiple sources, including councillors and nomads of the area, have told VICE News that the nomads from China pitch their tents and stay with their animals for a year. Over time, the PLA constructs helipads, roads, and other infrastructure in the area.

Locals say this process is followed by the PLA unfurling flags and banners on the Indian side. The Indian security forces do not let nomads access swathes of land near the LAC for security reasons. Residents of the Changtang region say this helps the Chinese, who allow their nomads to move into such areas.

Residents of Chushul, a border village, feel that the Indian government should trust them enough to let them use pastures close to the LAC. “The Indian government should take the nomads into confidence. The army and paramilitary forces deployed at the post do their duty and move on but the nomads stay. They are the real guardians of the border,” said Sonam Tsering, a resident.

Instead, residents say the Indian government has consistently denied the loss of land: no government records or data regarding the loss of land under Chinese occupation exist. An official with the Ladakh administration said - on the condition of anonymity, since they are not authorised to speak to journalists - that the land revenue department has not conducted surveys to verify the nomads’ claims.

Local residents say China has been capturing Indian territory since the 1960s. The earliest such occupation VICE News could verify was during the 1980s, at which point winter pastures named Tum-tseley and part of Skagjung were captured by the Chinese.

In 2008, the PLA also damaged tents and threatened nomads who were rearing cattle in pastoral lands known as Dokbug in Nyoma block.

Then in 2014, a face-off between Indian and Chinese forces in Chumur resulted in the winter pastures of Chabji and Gunsa phu, along with some agricultural lands, becoming cordoned off to nomads.

Sometime in 2014 - 2015, the PLA also occupied the Neylung pastures in Demchok phu within Demchok village. The Indian Army has prohibited nomads from accessing the area since.

The nomads of Tsaga, one of the last border villages, told VICE News that, in January-February this year, PLA personnel occupied the winter grazing land known as Lega Ngonpo, which is around 35 metres from the border. These nomads used to rear livestock in the area till 2019.

“Earlier this year, the PLA did not allow nomads from India to pitch their tents and set up their pens in the location where they have done so for generations. Instead, the nomads were asked to move their tents and pens 30-odd metres back. The PLA has however allowed them to let their animals graze in that location,” said the official with the Ladakh administration.

When asked about the nomads claiming loss of grazing lands under the Chinese, the Indian Army’s Srinagar-based spokesperson Rajesh Kalia said, "I will get the queries processed from the concerned offices and get back. So far there is no restriction on nomads to move along with their herds and they are carrying out their activities unhindered." Follow-up questions, asked on the messaging platform WhatsApp, went unanswered.

The Chinese embassy in New Delhi did not respond to an email request for comment.

Consumers Use Free Money to Pay Down Debt