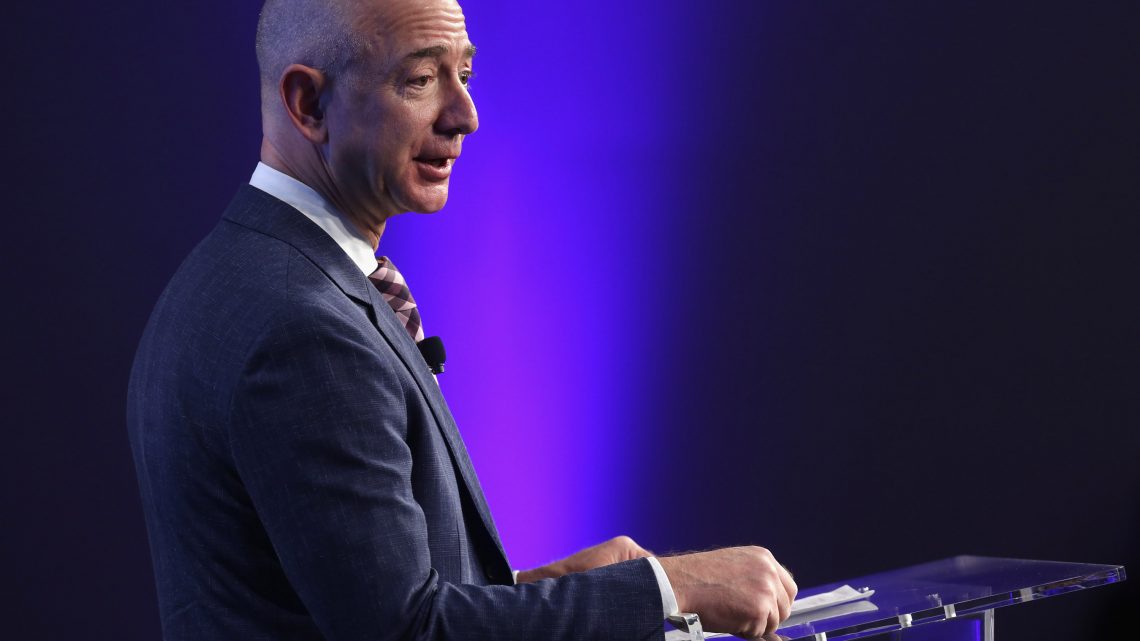 On Thursday, a coalition of some of America’s largest unions representing millions of workers  filed a complaint with the Federal Trade Commission to address Amazon's exploitation of the Covid-19 pandemic to further expand its dominance over U.S. markets and labor.

"We are highly alarmed by Amazon's conduct during the unprecedented crisis brought about by the COVID-19 pandemic," reads the complaint. "Amazon is taking advantage of the economic desperation and upheaval caused by COVID to engage in new or intensified conduct that further entrenches its market power and dominance."

The complaint presents a series of arguments making the case that Amazon's dominant position in e-commerce has accelerated the crumbling of physical retail, allowed it to abuse its market power to undermine competitors and squeeze suppliers, exploit U.S. workers without fear of reprisal or consequence, and enter new markets to engage in anti-competitive behavior.

For years, critics have warned Amazon, which has engaged in aggressive anti-union tactics, has escaped regulatory scrutiny in part because today's antitrust framework is outdated and ill-equipped to handle the sheer scope of the company’s power. The complaint warns that Amazon’s ability to use pricing as a weapon—either through suppressing prices by offering cheaper versions of products offered by their sellers at levels unsustainable for competitors or constantly changing them using data collected from consumers—helps to prevent competitors from thriving, and to stop sellers from leaving.

The unions argue that sellers are increasingly finding themselves trapped on Amazon, a platform which has no problem levying taxes on sellers to make up for those levied from it by various governments. Vendors reliant on the platform to make ends meet find themselves at the mercy of unilateral decision-making, yet still unable to leave.

For example, in April, a ProPublica investigation found that Amazon’s pricing algorithm was further trapping sellers by increasing "suggested" inventory levels that third party sellers must send to Amazon to avoid being demoted in sales results. Such a tactic forces suppliers to prioritize Amazon over other retailers, even if they might receive a better deal, for fear of losing revenue.

The complaint highlights another prominent example—"most-favored nation" clauses—which bar sellers from selling their products at lower prices on competitor platforms or even their own websites. Amazon is able to then combine this clause with its cloud computing dominance to "deny competing platforms and even the developers themselves the opportunity to offer lower prices to smaller sets of consumers than those purchasing the software products on the AWS Marketplace."

The coalition of unions also raise major labor concerns in their petition, related to the fact that Amazon directly employs "22 percent of the entire national labor market in private warehousing and storage" when seasonal workers are excluded. It is one of the largest employers in the United States with a direct workforce of around 400,000 and has hired approximately 175,000 workers during the pandemic, 125,000 of which are permanent ones. The coalition says that Amazon’s status as a major employer (sometimes the only major employer in towns) has allowed it to suppress wages of its workers.

Earlier this year, before the lockdown was in effect, Bank of America estimated Amazon's share of the U.S. e-commerce market was 44 percent. Second place, at 7 percent, was Walmart. And while physical retail suffered a massive hit during the spring that many companies may never recover, online sales skyrocketed. Indeed, Amazon and Jeff Bezos have seen their fortunes soar by tens of billions during this pandemic while millions are being pushed to the brink of homelessness or starvation.

"Amazon represents a clear and present danger to American workers and our economy," said UFCW International President Marc Perrone. "The company has not only refused to acknowledge the full impact of COVID-19 on its workers, it has exploited this pandemic to increase its market dominance as well as its power over employees throughout its distribution centers."

This Depressing Concert Lineup Is What We Deserve in 2020

‘He Knew Everything’: Fear, Control, and Manipulation at Yoga to the People