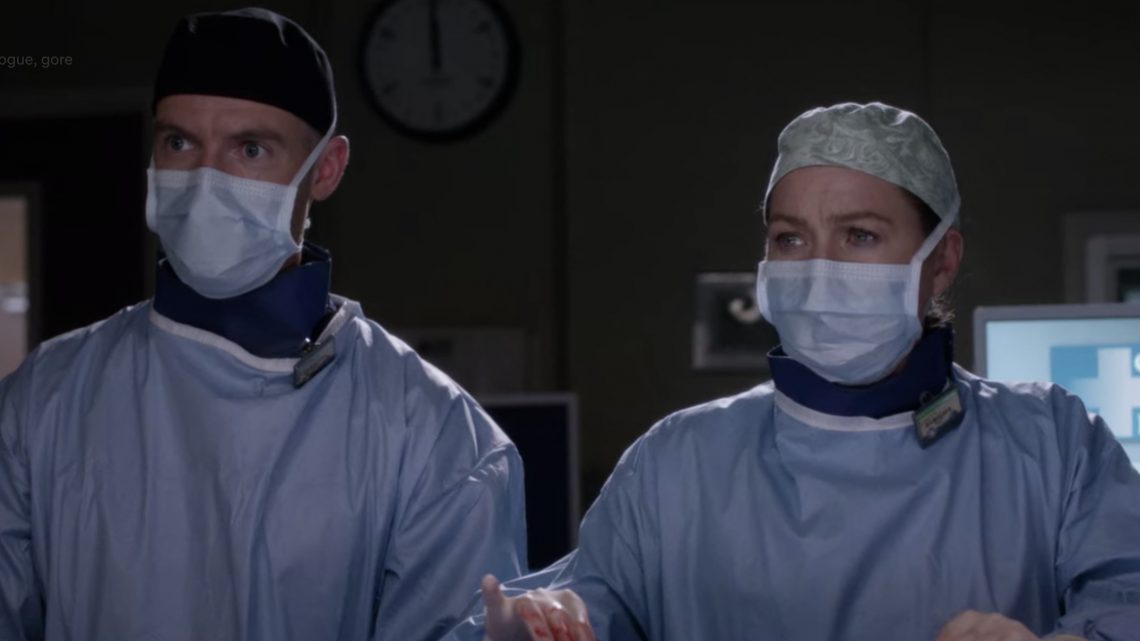 Although the seemingly eternal medical drama Grey's Anatomy hasn't started filming for its 17th season, one of its executive producers says that the show's writers have already started scripting those episodes. And, perhaps unsurprisingly, even the fictional doctors at Grey Sloan Memorial Hospital will have to confront this very real pandemic.

"There's no way to be a long-running medical show and not do the medical story of our lifetimes," Krista Vernoff said, according to Entertainment Weekly. Vernoff spoke about the upcoming season during "Quaranstreaming: Comfort TV That Keeps Us Going," a panel discussion that also included Grey's actors Chandra Wilson and Kevin McKidd. (His character, Dr. Owen Hunt, is the one whose storylines might be the most coronavirus-related.)

"Every year, we have doctors come and tell us their stories, and usually they’re telling their funniest or craziest stories. This year, it has felt more like therapy," Vernoff said. "They are literally shaking and trying not to cry, they’re pale, and they’re talking about it as a war that they were not trained for [...] I feel like our show has an opportunity and a responsibility to tell some of those stories."

The previous season of Grey's Anatomy was cut short by the pandemic, ending with its 21st episode in early April, instead of with its 25th episode in mid-May. (After filming was suspended, it was not possible to complete the final four episodes.) As a result, Grey's was able to donate some of the personal protective equipment that would've been used on-set to hospitals that desperately needed it.

"At Grey’s Anatomy, we have a back-stock of gowns and gloves which we are donating," Vernoff said in March. "We are all overwhelmed with gratitude for our healthcare workers during this incredibly difficult time, and in addition to these donations, we are doing our part to help them by staying home."

Station 19, a firefighter-focused Grey's spinoff, also gave close to 300 N95 masks to the Ontario Fire Department in Ontario, California after its own production was halted, while FOX medical drama The Resident donated the show's entire supply of gloves, gowns, and surgical masks to Grady Hospital, near its Atlanta filming location.

"Yesterday, I had a serious discussion with the residents about how, though supplies are low, a magical shipment of masks is unlikely to arrive. And yet, a magical shipment of masks DID arrive, in the form of this very generous gesture," Dr. Karen Law, the Program Director of the J. Willis Hurst Internal Medicine Residency Program at Emory University, posted on Instagram, after The Resident's producers delivered dozens of boxes filled with PPE. "This kind of community support means so much to our #frontlineproviders who are making many sacrifices to staff our hospitals and care for our community."

Although doctors and nurses who spoke to Insider earlier this year rated Grey's Anatomy as one of the least accurate medical shows on television—it was ranked below House, Scrubs, and even General Hospital—some of its former docs can still give lowkey good advice. Patrick Dempsey, who played Dr. Derek Shepherd for 11 seasons, Insta-ed a close-up of his masked face, captioning it with one of his catchphrases. "It’s a Beautiful Day to Save Lives," he wrote. "#WearAMask."

US Accuses China of Spying, Closes Consulate in Houston

More Than Half of Business Closures are Permanent