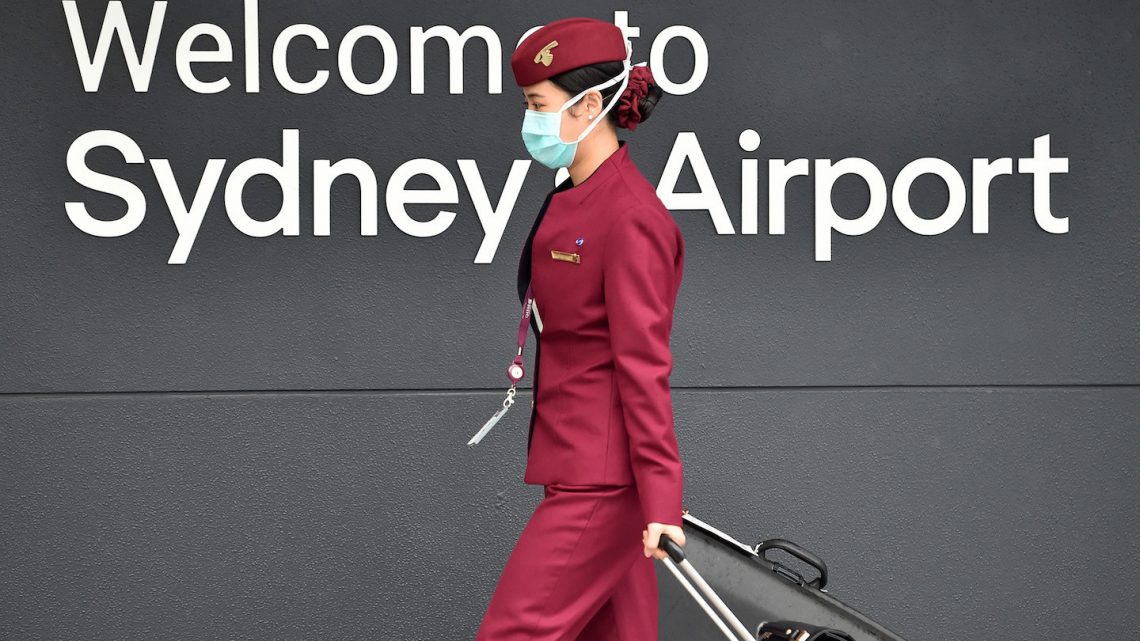 Airlines are Making Australians Fly Business Class to Get Home

It was less than 24 hours before Rachel was due to fly to Sydney when the Australian government announced a cap on international arrivals. Rachel was desperately trying to get from Manchester to her home town in New Zealand, where her dad was being palliated for terminal lung cancer. Time was running out. The only available flights at the time had compulsory stopovers in Sydney—and the only carrier offering them was Qatar Airways.

"It was only when I arrived at check-in at Manchester Airport that I was told there’d been a cap imposed on the numbers of passengers the airline could bring into Sydney, which had been introduced after I booked my ticket," she told VICE over email. "And the gentleman at check-in told me I wouldn’t be able to fly because my name wasn’t on the list of 50 passengers."

That gentleman couldn’t tell Rachel how to get on the list, and when she asked his supervisor what the selection criteria was they insisted that “it was random, and unfair, but there was nothing they could do.

“I was told to ring reservations to see what my options were,” Rachel said. “And when I did, the call handler stopped me and asked who had told me it was random—because the flight was made up of travellers from Istanbul, and the rest were business class.”

Rachel’s story isn’t unique. At the start of July, amid a rapidly-spreading second wave of coronavirus infections, Melbourne announced a ban on international flights coming into the city in a bid to ease the state’s hotel quarantine demands. Sydney followed suit shortly thereafter, with the Federal Government capping overseas arrivals at 450 passengers a day and allowing no more than 50 passengers per incoming flight.

It was initially unclear how the airlines would enforce these passenger limits, and who would be given first preference in making the cut. But in the weeks that followed the Australian government’s announcement, more and more anecdotes emerged alleging that carriers were giving priority to those who were willing to pay extra for a premium seat, and cancelling the tickets of those who weren’t.

Scores of disgruntled customers and hopeful repatriates took to social media to report strikingly similar accounts of how they were bumped off their flights by high-paying business class passengers. Dozens can be found in Facebook groups set up to give information on Australia’s hotel quarantine program, including “Australian in Quarantine Facilities” and “Mandatory 14 Day Hotel Quarantine Chat Group”. And nearly all of them mention the same airline.

“We have had confirmation from Qatar they prioritise business class and higher level loyalty cards,” wrote one member.

“I was due to fly on 6th of July. Yes flights are flying but taking priority customers, filling business and first class then economy if seats are remaining,” wrote another. “We were four family members unfortunate to get bumped.”

Others are concerned that their upcoming flights might be in jeopardy unless they fork out the extra cash for a premium seat.

“I’m booked with [Qatar Airways] to fly from Vancouver to Western Australia. Am in economy and to be honest, as much as I want to get home, I also don’t want to facilitate this classist bullshit of strongarming people into buying business class,” someone posted last week. “Hopefully I don’t suffer for it.”

It’s difficult to confirm whether the allegations are true: at the time of writing, Qatar Airways had not responded to VICE’s request for comment. But it wouldn’t be the first time the airline has given priority to high-flyers travelling during the COVID-19 pandemic.

Earlier this month, Qatar Airways announced that they would be ramping up their onboard hygiene and safety measures by requiring passengers to wear face shields as well as face masks at all times—except those in business class, notably, who were given express permission to don protection only when and if they felt like it.

“Business Class customers are asked to wear their face shield and mask onboard at their own discretion, as they enjoy more space and privacy,” the airline said in its announcement. In the same statement, Qatar Airways boasted of its “ground-breaking Business Class experience”, which won a number of awards in 2019 including “World’s Best Business Class” and “Best Business Class Seat”.

When it comes to deprioritising economy passengers travelling to Australia, however, some have suggested that the airline might not be entirely to blame. Philippa, who lost her seat on a flight from Doha to Sydney and has since spoken to a number of other people in the same position, told VICE that “it seems a lot of passengers are losing seats if they don’t upgrade, despite the flight going ahead—but there is also talk of the state governments in Australia advising the airlines of which passengers can and cannot board to meet the cut-back requirements.

“I guess the issue with flights, for the most part, is stemming from Australian states quickly shutting down to repatriating residents.”

In any case, it’s a system that has left dozens, perhaps hundreds of Australians who are unable or unwilling to pay the exorbitant business class fees adrift. One traveller currently stranded in Pakistan told VICE over Facebook Messenger that “we as a family are completely shattered. We have no place to live; we sold our stuff and our car. And our flight has just been cancelled for a second time.”

Meanwhile, for people like Rachel, not being able to make it home may bear a different kind of cost.

“This leaves my 72-year-old mother struggling alone to take care of my father from home when I should be supporting her,” she said. “Because of Qatar [Airways] putting greed before need it may even be too late for me to see him and hug him one last time before he passes away.”