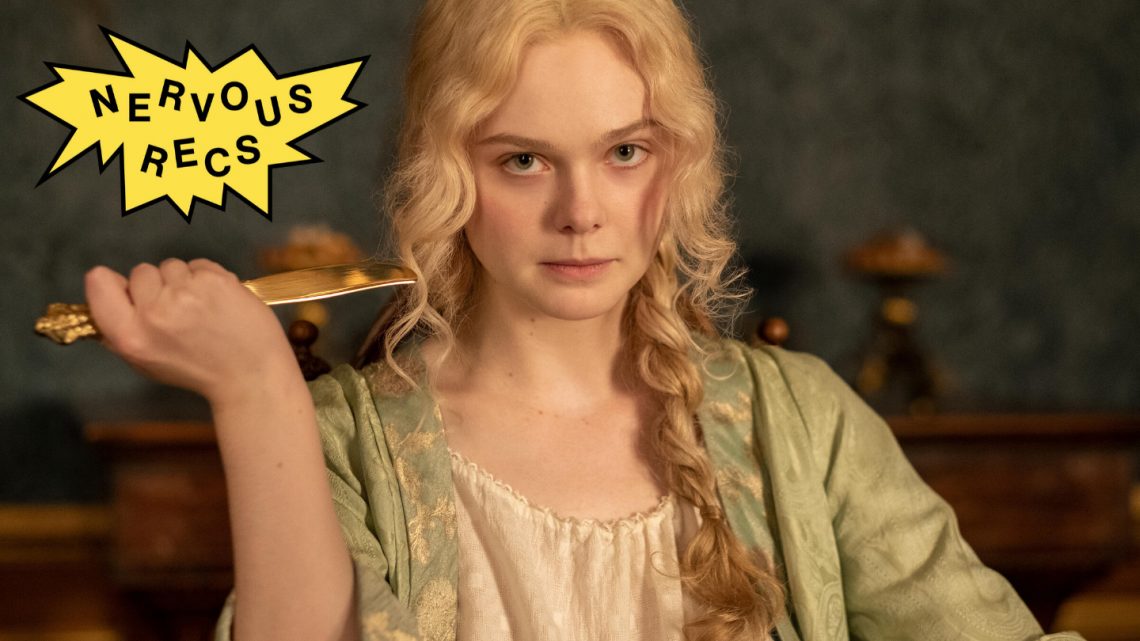 ‘The Great’ Is a Pseudo-True, Very Dark Comedy For Those Ready for Revolt

If you are a stickler for historical accuracy in your period films, The Great might not be for you. But if you like wild comedic romps in which an idiot emperor obsessed with his dead mother and his penis is forcibly removed from power by his much more capable, often denigrated wife, then strap in. And get ready for rampant sexual exploits.

Hulu's dramedy series is, as the title card for every episode notes, "an occasionally true story" on the life of Russian empress Catherine The Great, who ruled the country from 1762 to 1796 following a coup d'état of the throne held by her husband Peter III. The series takes its premise very loosely from the true account of Catherine's arrival in Russia, and her eventual takeover of the country she hoped to bring into a more cultured, enriching future. The true story in itself is remarkable, but here, it becomes a twisted, batshit tale of pompous, petty nobility doing despicable things, and eventually getting their asses handed to them.

A darkly funny, ahistorical concept series could lead to flat characters, but Elle Fanning at the helm as Catherine brings an endearing mix of passion, girlish enthusiasm, trepidation, and courage. Nicholas Hoult as Peter III is just a big ol' asshole, easy to loathe but captivating in his dedication to being such a huge jerk.

Someone to really root for is Marial (played by Phoebe Fox), a former Lady in the court who has her title stripped from her after her father literally fucks the corpse of Peter III's mother, in front of Peter (!) as he has sex with his mistress (!!) while her husband is passed out on the floor(!!!). They actually show the corpse sex, too! I'm telling you, this show is nuts. It's such a weird, dark scene that—stay with me here—you have to laugh. This scene offers a moment in which you ask yourself what the hell am I watching... and then queue up the next episode, ready for more. Marial, assigned to be Catherine's disgruntled servant, also becomes the voice of the people to some extent, pushing Catherine toward the coup and for a greater revolt against the system that ruined her life.

Fox told VICE that "the atmosphere whilst filming bordered on hysterical debauchery a lot of the time, with the script’s irreverent language inevitably bleeding into our off-set chat. I introduced Elle Fanning to the delights of British vernacular such as ‘bum hole.’ She’s now a big fan.” So it seems like the raucousness seen on the series wasn't too put on.

All in all, who doesn't want to see a story about a much smarter, fiercer, and capable woman stealing her incompetent husband's job and bringing greater progressive politics and social structures to her adopted country, whether it's all the way accurate or not? This is especially relevant during a time like this when the rich are getting richer as millions lose their jobs, exacerbating the chasm of wealth inequality in this country. Marial's bloodthirst for Peter is all of us, wishing we could hoist a guillotine at the entrance of Jeff Bezos' estate.

The Great then becomes the fantasy many of us have of toppling an evil government and unjust system. Minus the corpse fucking, count me in.