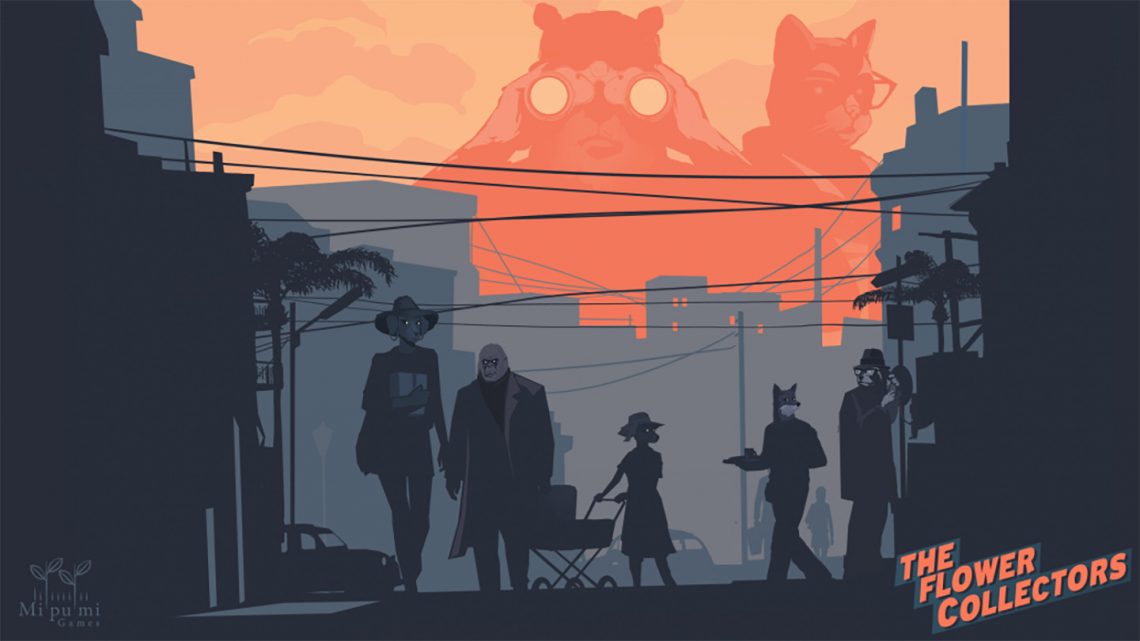 ‘The Flower Collectors’ is a Noir ‘Rear Window’ but With Animals

On this week's Waypoint Radio, Rob and Austin discuss Cloudpunk, a new cyberpunk adventure game with a cool aesthetic and interesting world building but more than a few writing pitfalls. Cado’s now on the XCOM Chimera Squad train, but he’s trying his best to not kill anyone, which is harder than you’d think in a game about cops. Austin is disappointed with the Streets of Rage 4 soundtrack, and it’s having an adverse effect on his time with a game he’s otherwise enjoying. He's also checking out The Flower Collectors, a gritty narrative game about post-Franco Barcelona where everyone is an anthropomorphized animal. You can read an excerpt and listen to the full episode below.

Austin: Let me just give you the actual straight pitch here, what it is and why it surprised me, and then and then why I think it's probably better than just a Rear Window game. You know what that's unfair because Rear Window is great.

Austin: Well, Rob, what if Rear Window was set in Barcelona in 1977, just after Franco fell, and you were playing a member of the policia who had quit, or who had not quit I guess, had to quit after having an accident that put him in a wheelchair. Listen, he was a shitty fascist cop, right, and is very much this like hyper masculine asshole who thinks of himself as his body and his strength and is an asshole.

Now, from his balcony he has seen the killing of someone who seems to be caught up in a dissident group, a leftist group in 1970s Barcelona, and is now working with a young anarchist journalist to try to uncover the truth of the story. Also, they're all furries I left out this part. They're all furries.

Rob: Oh, hang on actually, need to back up. One thing–

Rob: Are they all furries like "Oh yeah, it's Barcelona 1977, and we're all furries" like we mean the word, or is it animal world Barcelona?

Austin: No no no, it's animal world, they're not all furries.

Austin: They're all anthropomorphize animals.

Cado: Everyone's in a fur suit.

Austin: The game opened with text on screen that's like "1977 Barcelona, Franco's just fallen, there's the first breath of freedom in Spain in x years," and then 12 seconds later I'm looking at a photo of my own character and his partner, they're fascist cops who are dog people, in the bedroom [thinking] "what is happening, where am I?"

Rob: So it's a gritty period crime story meets Zootopia.

Austin: You know what I mean? It doesn't do that part of it. Which is not just a Zootopia problem, that's a common thing inside of anthropomorphized animal shit. But what it does do is give you a camera and binoculars and a balcony to investigate stuff from and take photos. Again this is not a systems driven game, this is a first person story game. But it's really fucking good so far. Having this dude get chewed out by this cool young anarchist journalist is sick, she slaps. Piecing together the ways in which this is tied to some sort of political conspiracy is exactly my shit. Having this dude have to confront his own history of being a police officer in a fascist regime is really really interesting.