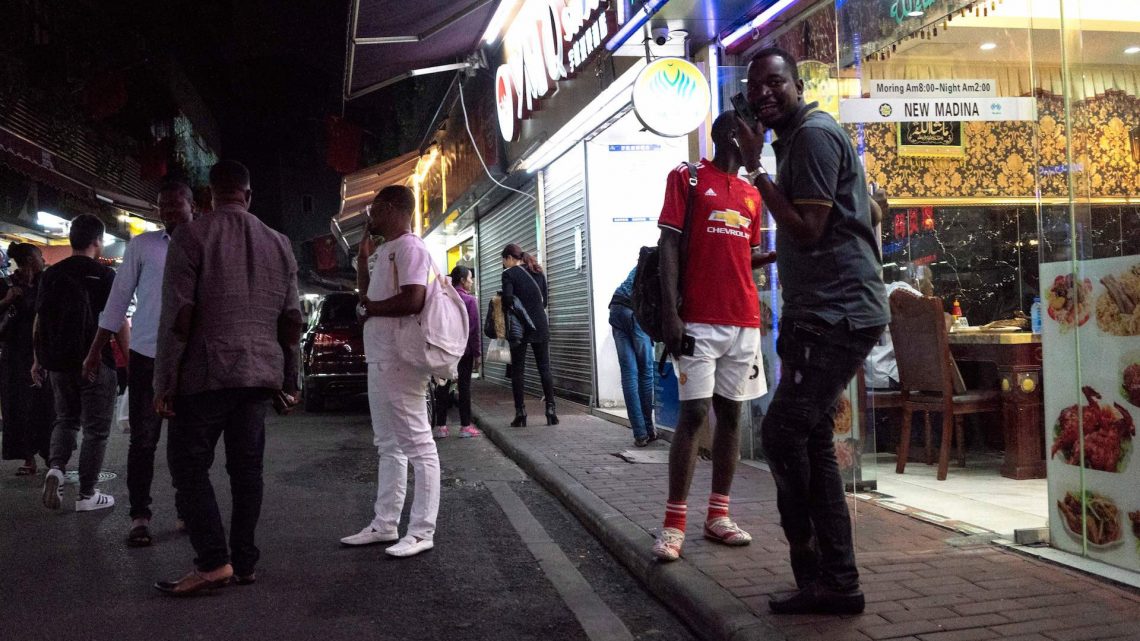 How China Shut Down African Protests Over Racial Discrimination in Guangzhou

On April 10, Femi Gbajabiamila, the speaker of the House of Representatives in Nigeria, summoned the Chinese Ambassador Zhou Pingjian to a meeting in Abuja.

The purpose? To give him a dressing-down over the racist treatment of Africans during the coronavirus pandemic in the southern Chinese city of Guangzhou. It was an unprecedented move for an African politician, usually cast in a subservient role to China, which has become the continent’s biggest donor and investor. But Gbajabiamila wanted the world to see it, so he posted a video of the meeting on Twitter.

The video shows Gbajabiamila dominating the meeting, and showing the Chinese ambassador viral video clips of Chinese authorities discriminating against the sizable African population in Guangzhou, evicting them from their homes, and forcing them into quarantine at their own cost even if they had no symptoms and had tested negative for COVID-19.

Africans across the continent saw the meeting as a turning point in the history of China-Africa relations, and a rallying cry for all of Africa.

But it didn’t last. Within days, Beijing’s powerful propaganda machine had clicked into gear and that sense of hope was quickly erased, replaced with the familiar sense that Africa’s leaders were simply falling in line with China’s efforts to whitewash the controversy.

It all began with viral videos showing landlords evicting African tenants, bars, restaurants and stores refusing entry and even hospitals refusing to treat Africans. The viral videos quickly spread on social media in Africa and sparked a rare uprising against China.

“The anger is still palpable,” Arnold Tsunga, the director of the Africa Regional Programme of the International Commission of Jurists, told VICE News. “The reactions from the African Union and Chinese leaders are being seen as merely diplomatic reactions, a containment and damage control strategy. People want to see more than diplomatic language but actual measurable action.”

Diplomats, ministers, and officials from across the continent — including the African Union — lashed out at Beijing over reports and videos, some of which showed Africans physically attacked by Chinese nationals who feared they were bringing coronavirus into the country.

On social media and messaging apps, millions of ordinary citizens felt for the first time like their leaders were finally representing them. For the millions of people who felt African governments have continually failed to stand up to their Chinese counterparts, they felt hopeful that this marked a turning point.

“When this all began, we saw for the first time, the power of social media in uniting African governments to mount a united voice in opposition to China,” Eric Olander, managing editor of the nonpartisan China-Africa Project,” told VICE News. “We hadn't seen that before. And this was a real incredible surge of pressure that came from the bottom up.”

There is also a sense of anger toward their own leadership. Discrimination again Africans in China is nothing new. The area in Guagnzhou where Africans live has been known for years as Chocolate City and the people who have lived there have routinely faced attacks from locals.

“African governments knew about the problems that Africans have to endure in China. There's nothing new about what is going on.”

“As an African, I actually feel let down by our leaders,” Samantha Sibanda, founder of the Beijing-based Appreciate Africa Network, told VICE News. “African governments knew about the problems that Africans have to endure in China. There's nothing new about what is going on.”

On her nightly news show, Yvonne Okwara, an anchor with Citizen TV in Kenya, issued a blistering commentary about the reports of mistreatment and abuse that Kenyans and other Africans have endured in Guangzhou, blaming her own government for making the situation worse.

But almost as soon as it had started, the official backlash was over.

China, initially blindsided by the reaction from Africa, had dismissed the situation as a “misunderstanding.” When that didn’t work, the government rolled out their big guns, sending their ambassadors in Africa to foreign ministries across the continent to quell the dissent and assure the leaders that everything was fine.

At the same time, back in China, a meeting of 20 African envoys was convened to convey a similar message. Chinese Foreign Minister Wang Yi added his weight to the PR push by calling the African Union leadership to discuss the issue.

Then Beijing claimed that it was in fact all Washington’s fault for hyping up the situation as part of its effort to disrupt the relationship between Africa and China.

Within hours, the sense of outrage and revolt coming from Africa’s leaders had changed dramatically.

“However unfortunate this situation has been, we shouldn’t allow it to be used to drive a wedge between Africa and China and out of this problem, if properly managed, we can have a stronger relationship with China," Deputy Chairperson of the African Union Commission, Kwesi Quartey, told China’s state-run English language TV station CGTN.

Beijing has built deep relationships with governments and rulers across the continent as well as close links to much of the main media organizations in Africa. This allows them to push the narratives they want to tell without much push back.

But the backdown was hardly surprising.

All about the money

Africa is far-and-away China’s biggest trading partner and has built road, rail and telecommunications networks across the continent for the last two decades. African governments also owe a huge amount of debt to the Chinese government.

While China has spoken about the relationship being one of equals, that is clearly not the case.

“The partnership between China and Africa is seen as one of between the horse and rider and not a partnership of equals,” Tsunga said. “The brazen attacks on people of African descent in China have demonstrated that China is a bully in this partnership and part of it is explained on the basis of its clever use of debt diplomacy to shackle and silence African leaders and take away their voice in the relationship.”

African leaders may be willing to roll over for their Chinese counterparts, but the younger generation that makes up the majority of Africa’s’ 1.2 billion population, are not willing to do the same.

“There is still a lot of anger among Nigerians as images and videos emerge of racist discrimination and other atrocities against black people in China,” Isa Sanusi, Amnesty International’s communications manager in Nigeria, told VICE News. “China must not get away with this and people will not stop talking about it until justice is done.”

Part of the reason Beijing initially mishandled its response to the Guangzhou incident is that they were entirely unaware of the level of anger being shared online. Platforms like Facebook, Twitter and YouTube are not available inside China, while younger Africans have embraced social media as a way to express their true feelings.

Almost 10,000 activists have signed an open letter to the African Union saying Africa's relationship with China should not come ”at the cost of human rights and human dignity while in Abuja, civil society groups attempted to conduct real world protests at the Chinese Embassy but they were stopped because of the total lockdown in place to combat the coronavirus outbreak.

And there are cracks beginning at diplomatic level too. Nigeria’s Foreign Minister Geoffrey Onyeama recalled the Chinese ambassador, Zhou Pingjian, for a second meeting, claiming promises had not been kept calling the situation “totally unacceptable.”

Calls to repatriate Africans are growing louder and a steady stream of videos showing continuing discrimination in Guangzhou mean anger continues to simmer across the continent.

But Tsunga believes this anger will only be silenced by a proper independent investigation with a report published with clear recommendations for prosecution of the perpetrators, compensation for the victims and guarantees it won’t happen again.

“If this is done, then we are likely to see the public getting settled,” Tsunga said.

Cover: In this photo taken on March 1, 2018, people gather on a street in the "Little Africa" district in Guangzhou, the capital of southern China's Guangdong province. (Photo: FRED DUFOUR/AFP via Getty Images)