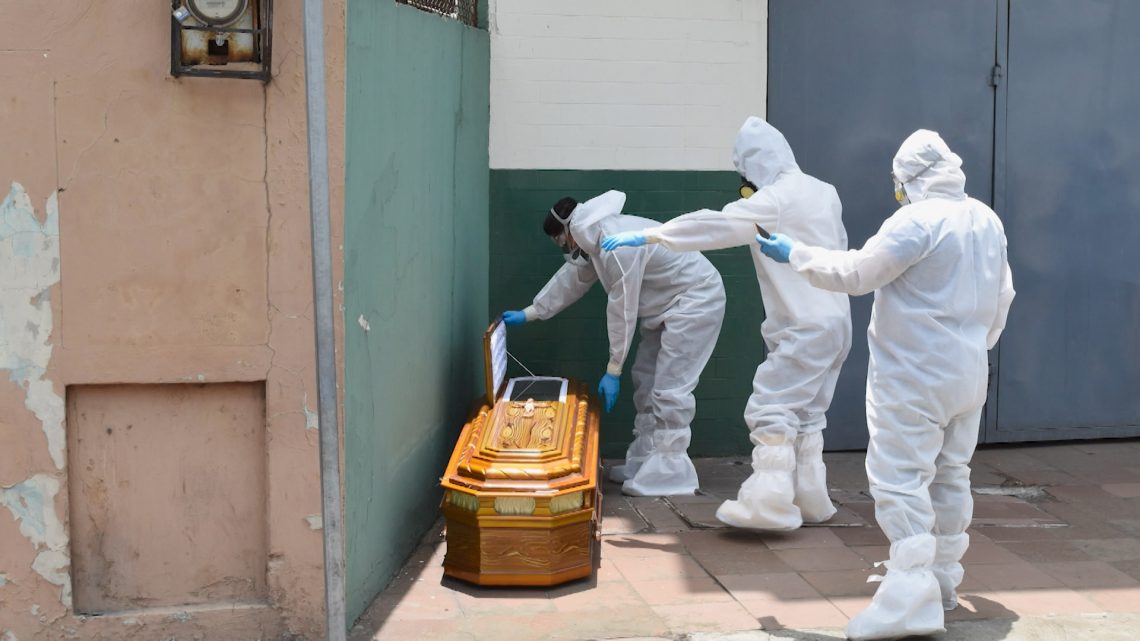 By the third day of her father’s corpse lying inside the house, the only option available for Sharon Ayala was burying it in a public park nearby.

“We were distressed, frustrated. We didn’t know what to do. But not everyone would agree, and we would get in trouble with the neighbors,” she said.

As coronavirus tears through Ecuador, hospitals, funeral homes, and cemeteries have collapsed in the largest city, Guayaquil. Hundreds of bodies of people who died at home have been kept on beds, or the floor, or even outside on the pavement, waiting for days to be removed. Many corpses more have piled up in hospitals and containers parked outside the facilities.

Few Latin American countries have been hit harder than tiny Ecuador, population 16 million. As of Monday, authorities counted more than 7,500 confirmed cases and 350 deaths -- a rate of 427 and 20 per million, the largest for any country in the region.

The breaking point came in late March, after morgues in Guayaquil shut down, fearing infection would spread to workers. The ones that kept running faced a strict curfew imposed by the government, which curbed hearses from driving the dead to morgues and cemeteries. Meanwhile, dozens of people took to social media pleading for help.

Spurred by the overflow of death, Ecuador set up a task force to solve the crisis. After its first two weeks of operation, it reported the removal of more than 1,400 bodies from homes and hospitals. It also promised every corpse will be buried individually.

After calling the task force hotline hundreds of times a day, Ayala managed to have the body of her father removed on the fourth day of her ordeal. But now she has a new worry: "We could’ve been infected, and no medical help has been offered.”