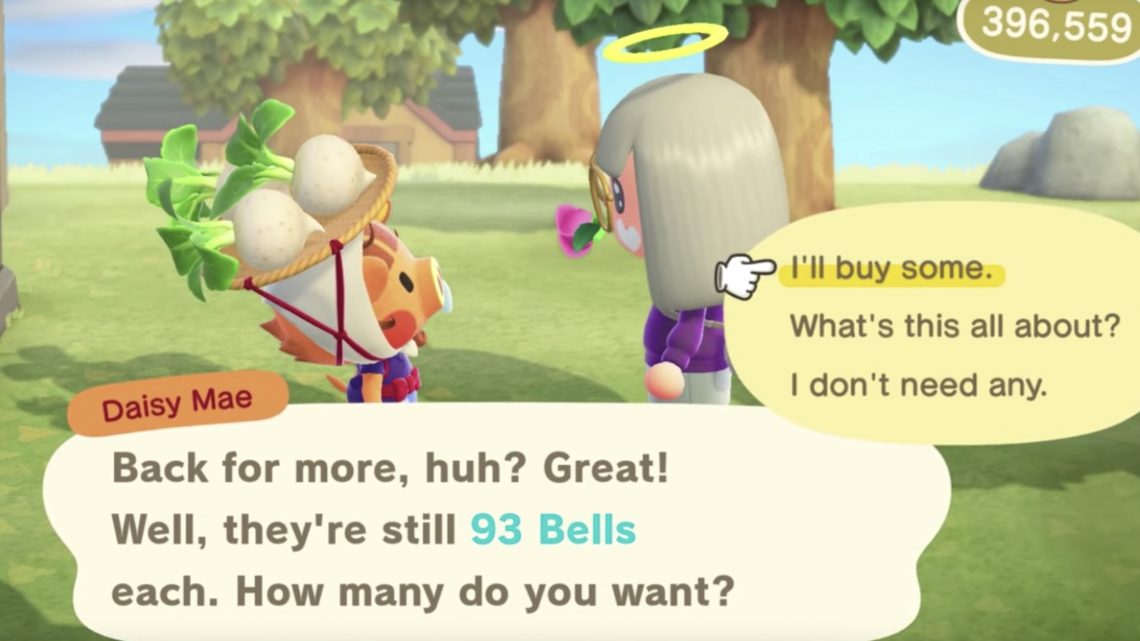 Someone Made a Tool to Predict the Animal Crossing Stalk Market

One of Animal Crossing's most addictive mini-games is the Stalk Market, where players can buy turnips from Daisy, a character who visits islands every Sunday. Daisy's turnip price fluctuates, and if they're particularly lucky or entrepreneurial, players can make a tidy profit.

But enterprising reverse-engineers have discovered the algorithm that dictates the not-so-totally random price and built a tool for figuring out at least a ballpark figure for what turnip prices are going to be in the next few days.

Motherboard had three players test out the "Animal Crossing Turnip Price Forecaster." It works by having users input the turnip prices they've already received that week, and then predicting the later ones.

Ricardo Contreras, Waypoint Radio's podcast producer, said they "put in the data I had up to Wednesday, and it correctly predicted the pattern I was on and where my spike was."

The process for creating the tool started when a user who goes by the handle Ninji examined the Animal Crossing code.

"What helped was that the [Animal Crossing: New Horizons] engine stores lots of information about your island using plain-text names that don't get stripped, and the turnip pricing code references two save game fields that have 'Kabu' (Japanese for turnip) in their names," Ninji told Motherboard. Ninji said they hadn't played the stalk market in previous Animal Crossing games, but found other write-ups online explaining how the underlying system worked in earlier versions. With this, Ninji found the similar model that handles how much turnips are going to cost on that player's island in the latest game.

Mike Bryant, another player, then used Ninji's discovery to make their prediction tool. Bryant told Motherboard that the price forecaster isn't designed to work with the first week turnips are bought from Daisy. They added some Animal Crossing players have reported getting prices outside of the expected brackets. But those hoping to predict the market may have some success with the tool.

Animal Crossing players are also tipping each other off to when the price of turnips on their island is particularly attractive, and inviting other users of the Turnip Exchange subreddit to visit.