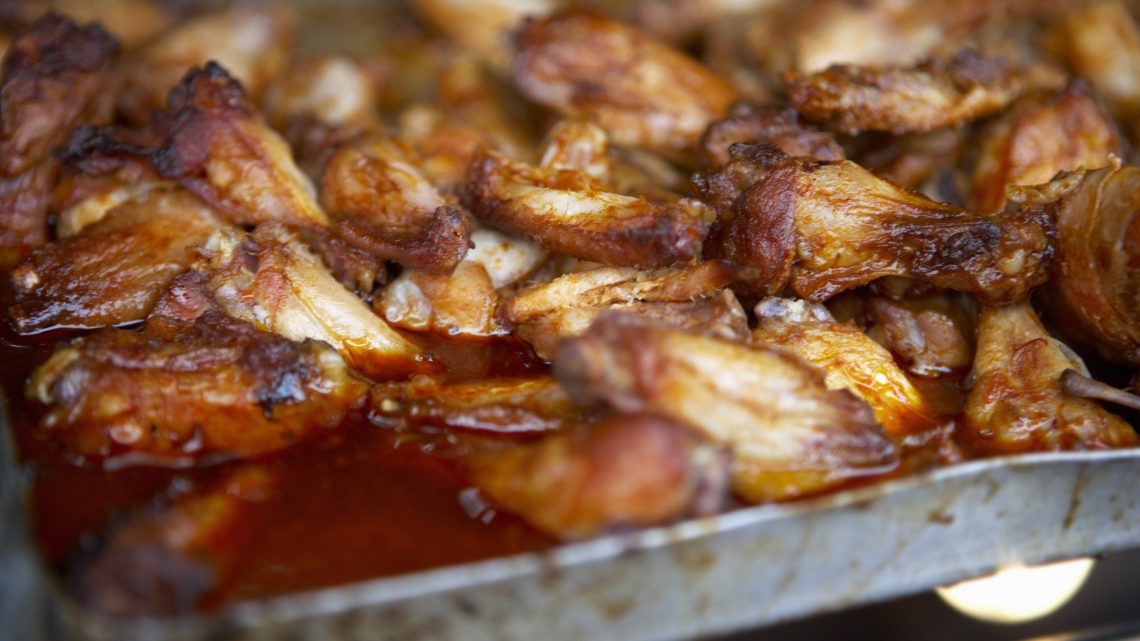 Buffalo Wild Wings always leans hard into March Madness. Last year, the Georgia-based chain welcomed the annual NCAA tournament by revealing a pair of "Jewel Stools" that would be temporarily placed in two locations to accommodate customers who wanted to recover from their vasectomies by watching college basketball in a chain restaurant, and who presumably also wanted to talk about their genitals with strangers.

This year, the company planned to build an actual bed and breakfast inside a Chicago Buffalo Wild Wings, where two contest winners and two guests would watch the first 32 games of the tournament, sleep in bunk beds inside the restaurant, and wash the smell of… all of that off with "one of the full-body towelettes" that Buffalo Wild Wings promised each guest.

But on the same day that the BnB-Dubs contest ended, the NCAA announced that it would be cancelling the Division I men’s and women’s 2020 basketball tournaments, as well as all remaining winter and spring NCAA championships, due to the threat of coronavirus.

"This decision is based on the evolving COVID-19 public health threat, our ability to ensure the events do not contribute to spread of the pandemic, and the impracticality of hosting such events at any time during this academic year given ongoing decisions by other entities," the NCAA said in a statement.

Buffalo Wild Wings responded by cancelling that BnB-Dubs idea, and its parent company also temporarily suspended the dine-in options at all of its restaurants (although some locations remain open for takeout or curbside pickup).

But vasectomy patients, hundreds of college athletes, and whoever entered a contest to sleep inside a BW3 aren't the only ones who were affected by the NCAA's (correct) decision. According to UPI, the meat industry is struggling too, because now suppliers are stuck with a surplus of chicken wings that normally would've been eaten during the tournament.

"The Super Bowl is the largest single sporting event for wing consumption," Tom Super, a spokesperson for the National Chicken Council told VICE. "But March Madness is stretched over 2-3 weeks, so wing consumption would be more over that time."

Obviously countless restaurants and sports bars are closed across the country now too, and chicken wings aren't necessarily high on customers' takeout list. Super estimates that 70 percent of wings are eaten in bars or restaurants, with the other 30 percent coming from supermarket or deli sales. They're not exactly flying off the shelves right now though –– and that's partially because it can be difficult to repackage them for the retail market.

"When you sell to food service, it's in a big bulk container," Russ Whitman, senior vice president at commodities market firm Urner Barry, said. "When you sell it to me and you, it has to be in a tray or a bag that we can pick up. Not all facilities can do that."

There's no real consumer demand for chicken wings right now—despite the fact that other meat sales are surging. The National Chicken Council reports that meat department sales were up by 76.9 percent during the week of March 15, when compared to that same week one year ago, with chicken sales jumping by $183 million. Chicken breasts made up more than half of the sales total, followed by chicken thighs, and chicken legs. (The biggest seller overall was ground beef, which was up by 73.1 percent compared to this time last year.)

If you're into chicken wings, though, and are cool with making them at home, there's a chance that they could become one of the best bargains in the meat case. On Wednesday, the wholesale price for a pound of wings was $1.25, 35 cents a pound lower than they were at the beginning of the month. It could be a decent time to stock up—and you don't have to sleep in a Buffalo Wild Wings to get them.