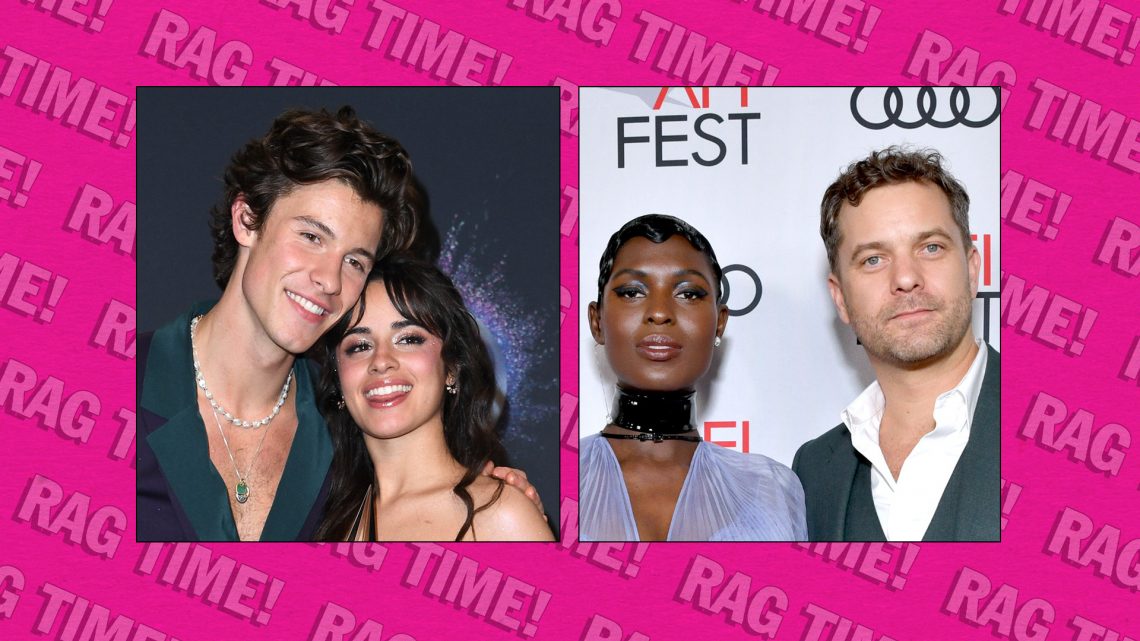 The Hottest New Celebrity Trend Is… Going on Walks

With New York and California mostly shut down due to the coronavirus pandemic, celebrities, like everyone else, have entered a new reality. For the foreseeable future, everything is canceled: red carpets, movie premieres, dinner at Craig's, vacation. The only thing celebs can really do right now is relax in their multi-million dollar homes. And go on little walks!

If you're a regular reader of People.com's "Star Tracks" feature, which is a daily slideshow of all the best paparazzi photos, you know this is true. The stars are not doing anything except walking right now. Look: There's Joshua Jackson and his pregnant wife Jodie Turner-Smith walking in LA with an Erewhon bag. And there's Olivia Palermo walking her little dog in NYC while talking on the phone and wearing crazy boots. And there's Jude Law walking to get take-out from Le Pain Quotidien in London. These photos are not interesting, per se, but at least "Star Tracks" can give us clues about which celebrities are quarantining together.

Did you know that Zac Braff, 44, is dating Florence Pugh, 24? They were first spotted together last April, and now, it seems, the relationship is serious. Here they are walking into an LA grocery, wearing gloves, to stock up on supplies together. According to People, they rode to the store on Braff's motorcycle.

Ben Affleck, 47, is also, apparently, getting serious with Ana de Armas, 31. They've been going on daily paparazzi walks, which the tabloids have graciously documented. Here's the TMZ headline from yesterday: "BEN AFFLECK & ANA DE ARMAS -- ATTACHED AT THE HIP -- For Quarantine Bae Stroll." As I noted last week, Affleck and de Armas seem to be staying at Affleck's $19 million Pacific Palisades mansion, which is right down the street from his ex-wife Jennifer Garner's home. How's that going, I wonder.

Remember when people thought Camila Cabello, 23, and Shawn Mendes, 21, were "dating" for publicity? If that's true, they remain very committed to the bit, because they're apparently quarantining together in Miami. Yesterday, they were photographed walking down the street carrying coffee mugs and intermittently making out.

Some celebrities have escaped to their second (or third) homes, naturally. Paparazzi caught Scarlett Johansson, 35, and her fiance Colin Jost, 37, walking with takeout food in the Hamptons this past weekend. Do you think they were planning a wedding for this summer?

"Star Tracks" is even giving us insight on potential new couples. Check it out: It's Nina Dobrev, 31, and uh, Shaun White, 33, going on a bike ride together in Malibu this past weekend. The actress and Olympic gold medalist were "spotted kissing" before getting on their bikes, according to Page Six. Currently, California is under a shelter-in-place order, so … they're probably staying together? Watch this space.

Other celebrities are keeping busy by carrying on years-long feuds. Yes, by now you have probably seen that another video of the infamous 2016 phone call between Kanye West, 42, and Taylor Swift, 30, has leaked. West has not commented, but Swift and Kim Kardashian, 39, have been issuing conflicting statements on Instagram. And so has Swift's notorious red-headed publicist Tree Paine! (Age unknown.)

The short and short of it is: Swift thinks this new, longer version of the call proves that she was not lying about her conversation with West regarding the lyrics to "Famous." Kardashian thinks the video doesn't change anything, and that Swift was lying then and needlessly calling attention to herself now in the midst of a global crisis. I think, at this point, we can just accept that these people don't care for each other and move on.

From the department of cancellations: James Middleton, 32, who is famously the brother of Kate Middleton and the founder of a personalized marshmallow company (no really), is postponing his wedding "indefinitely." He was set to marry French socialite Alizee Thevenet, 29, this summer, but according to the Daily Mail, the couple has scrapped their plans due to the coronavirus.

This will probably be the case for most of the celeb weddings scheduled for the next few months. Perhaps some will just get married without a big party, which is apparently what Michelle Williams, 39, and director Thomas Kail, 43, did. Us Weekly reports that the couple, who are expecting their first child together, "secretly" wed sometime in the last month. The Daily Mail has photos of them wearing wedding bands in New York last week.

The beginning of Williams and Kail's relationship was pretty scandalous: Both were married to other people when they met last year while working on Fosse/Verdon together. They both split from their respective spouses in the middle of 2019, and they announced their engagement and pregnancy with some exclusive photos in People at the end of December.

Finally, I'll leave you with this Arch Digest feature on Dita Von Teese's LA home, which is as wild as you'd expect. She has a taxidermied tiger in her living room. Nice place to hunker down, I guess.

Restaurant Says Its New ‘Coronaburger’ Is Supposed to Make You Happy