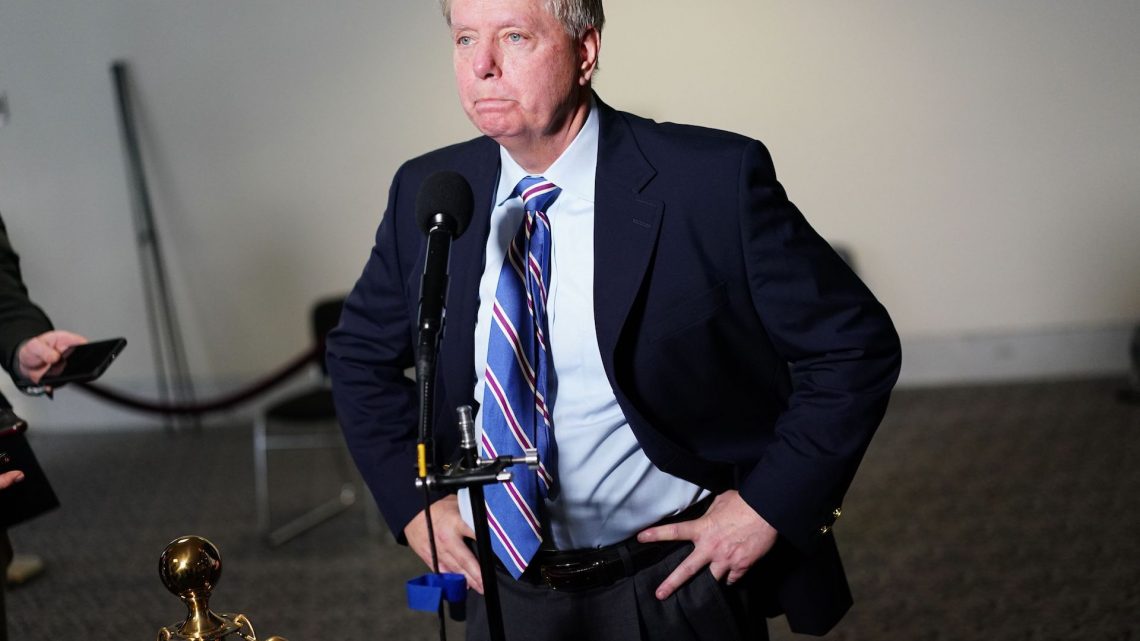 A trio of GOP senators, Ben Sasse of Nebraska and Lindsey Graham and Tim Scott of South Carolina, are threatening to delay the bill unless an expansion to unemployment insurance is tweaked to guarantee no one would get paid more if they’re laid off than what they made previously.

Sen. Bernie Sanders (I-Vt.) responded by promising to push for more restrictions on corporate bailout funds if they don’t back off.

It’s common to see dramatic last-minute objections to massive bills constructed to respond to crises, and this is one of the biggest bills — and one of the largest crises — ever tackled by Congress. But it’s unclear at this moment whether these objections are a temporary hiccup or a sign that this rushed legislation may be beginning to unravel just hours after it was finalized and could need some major changes to pass Congress and get help to suffering Americans.

The three GOP senators called the language they objected to a “drafting error”, but the bill was intentionally written to give a $600 weekly increase to unemployment for people who were laid off, on top of whatever their state was already set to pay them. That would lead to weekly unemployment assistance of roughly $1,000 a week for some people in many states.

These senators said that sum would provide a "strong incentive for employees to be laid off instead of going to work," and wanted to make sure no one would get more through the program than they'd be able to get elsewhere.

But things aren’t so simple. The change would make it difficult if not impossible for state unemployment agencies to quickly get money out to the millions of people who are suddenly out of work.

State insurance offices are already struggling — and sometimes failing — to keep up with the deluge of newly unemployed people trying to get help, and individually means-testing every person’s payout would add a huge logistical hurdle that would make it almost impossible to get that money out. It also would have been time-consuming and politically fraught for Congress to design a specific program for every state.

As a spokesman for Senate Finance Committee Chairman Chuck Grassley (R-Iowa) explained in a statement, the across-the-board boost was aimed at “delivering needed aid in a timely manner rather than burning time to create a different administrative regime for each state.”

Democrats were furious about the move.

“Republicans right now are holding up COVID relief package because the unemployment insurance is TOO GENEROUS. I’ve heard zero business leaders or workers ask me to not make too much money available,” Sen. Brian Schatz (D-Hawaii) tweeted.

The delay risks opening up a Pandora’s box, as once the carefully negotiated compromise legislation is opened up to changes, many lawmakers on both sides of the aisle will fight to push it in their direction.

“Unless Republican senators drop their objections to the coronavirus legislation, I am prepared to put a hold on this bill until stronger conditions are imposed on the $500 billion corporate welfare fund,” Sanders said in a statement.

Even if the bill gets past these Senate objections, there’s no guarantee that it’ll sail through the House, which is currently out of session. House Democratic leaders still haven’t signaled they’re on board with the legislation, though House Speaker Nancy Pelosi (D-Calif.) has been involved in recent negotiations. And New York Gov. Andrew Cuomo (D), furious about what he sees as a lack of money to help his state patch a huge hole in its budget, is pushing House members from his state to improve the bill.

Senate leaders had said they hoped to pass this massive legislation on Wednesday. Right now, that looks more than a little optimistic.

Cover: Senator Lindsey Graham, R-SC, speaks to reporters as he arrives for the Republican policy luncheon at the Hart Senate Office Building in Washington, DC on March 19, 2020. (Photo: MANDEL NGAN/AFP via Getty Images)

Huge Interest Rate Dislocations: Did the Fed Cut Too Much?