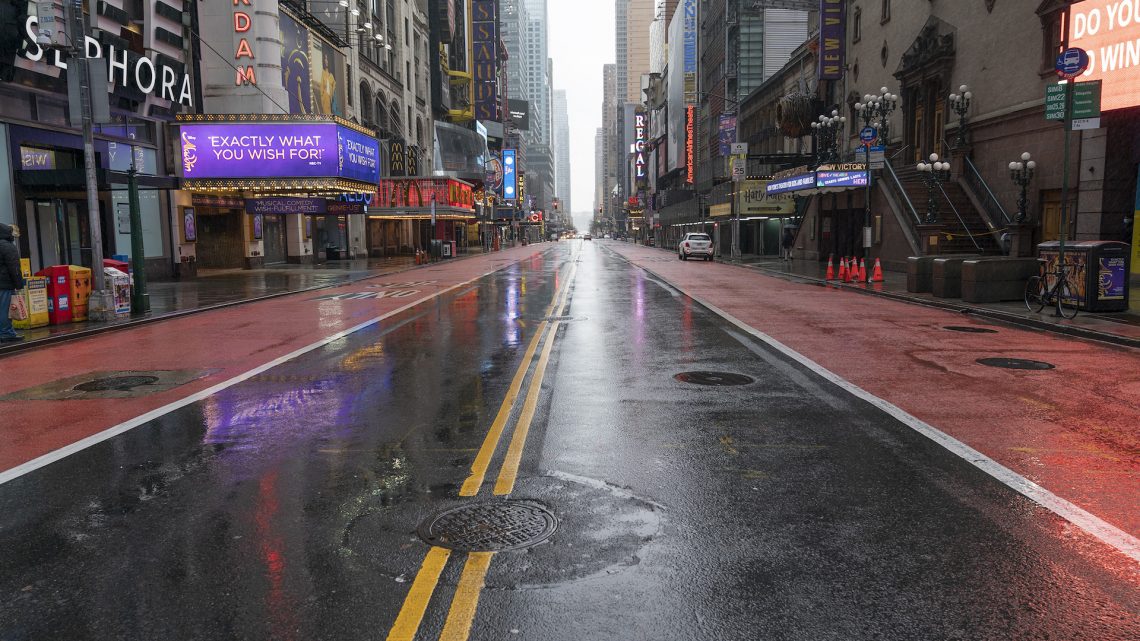 WASHINGTON — The White House warned that anyone leaving New York City should self-quarantine for 14 days, in the latest attempt to limit the spread of the novel coronavirus from the city that’s become the epicenter of the outbreak in the United States.

Roughly 1 in 1,000 people in and around the city are infected, White House officials said Tuesday evening, warning that those who leave the city risk seeding the infection in new places.

“We have to deal with the New York City metropolitan area as a high risk area,” said Vice President Mike Pence, head of the White House Coronavirus Task Force.

The rate of infection in New York State, where more than 25,000 cases have been confirmed, is now doubling about every three days, Gov. Andrew Cuomo announced in a heated press conference earlier Tuesday.

“Everybody who was in New York should be self-quarantining for the next 14 days to ensure that the virus doesn’t spread to others.”

“Everybody who was in New York should be self-quarantining for the next 14 days to ensure that the virus doesn’t spread to others, no matter where they have gone, whether it’s Florida, North Carolina or out to far reaches of Long Island,” said Dr. Deborah Birx, a member of the coronavirus task force.

About 60% of all new cases in the U.S. were being recorded in the New York City area, Birx said, adding that there is already evidence of people from New York City taking the virus with them when they leave.

“We are starting to see new cases across Long Island that suggest people have left the city,” Birx said. “This will be very critical.”

Despite the swirling crisis in New York, Trump suggested Tuesday evening that restrictions could be loosened within the next few weeks in other parts of the country, including relatively sparsely populated areas in the Midwest, West and Texas — if the low rates of infection in those areas hold.

Asked about his suggestion earlier in the afternoon that the U.S. might begin to reopen the economy nationally by Easter, Trump said he more or less picked that date out of thin air himself.

“I just thought it was a beautiful time,” Trump said.

In New York earlier Tuesday, Cuomo struck a more urgent note. If the coronavirus pandemic was once a freight train hurtling towards Americans, Cuomo said, “we’re now looking at a bullet train.”