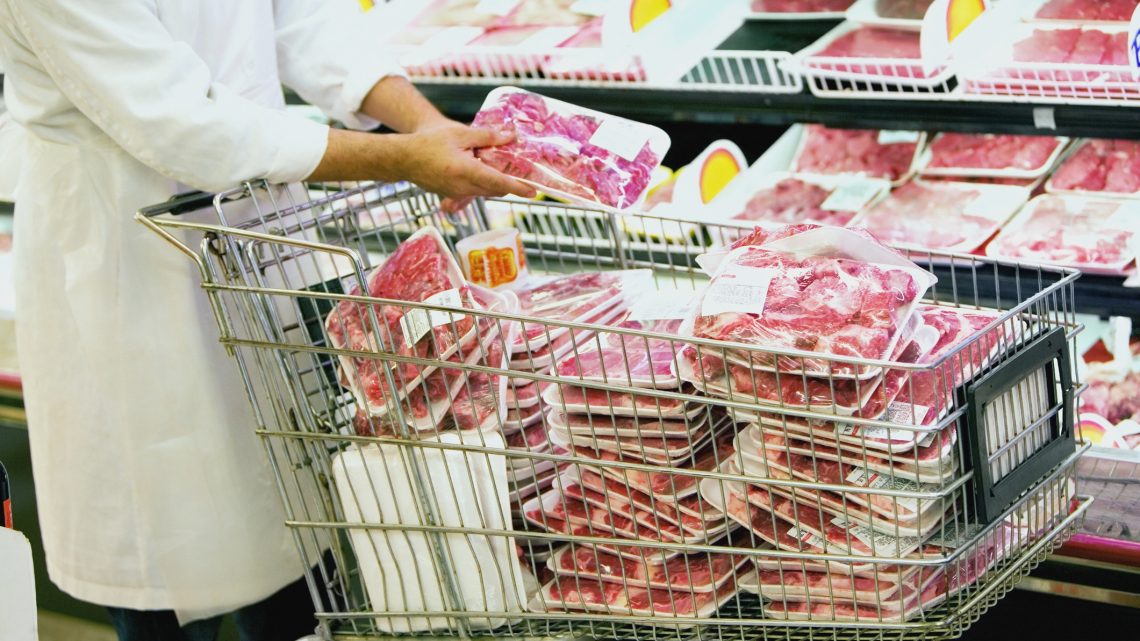 In the past few weeks, some World War I-era propaganda posters have started making their way around the internet, including some true classics that were printed on behalf of the Canada Food Board. The agency was founded in 1918 to encourage farmers and food processors to increase their production as much as possible, to ask children and teens to become "Soldiers of the Soil" by volunteering for farm work, and to warn citizens against hoarding food.

One of those posters depicted a couple standing beside a table piled high with sacks labeled 'Hoarded Sugar' and 'Hoarded Flour,' staring nervously at the cop silhouetted against their window. "Are you breaking the law?" the poster asked, adding "Patriotic Canadians Will Not Hoard Food" in large red letters.

At that time, the penalty for food hoarding was three months in jail or a fine of as much as CAD $1,000 (the equivalent of CAD$16,165 today), or both. Fast forward to the past week, and Canadian food hoarders aren't necessarily facing government-mandated prison sentences, but they are being shamed online.

Last week, Castanet, a Kelowna, British Columbia news outlet, posted a video of a couple who literally bought every piece of meat that was on sale at the Save On Foods, filling two shopping carts with hundreds of pounds of perishables. "They proceeded to brag to everyone at the till that they 'cleaned house' and 'there’s nothing left for anyone to get' [...] and laughed about 'hoping they could pay for it all,'" another Save On shopper wrote on Castanet's Facebook page. "I felt SO sorry for the poor staff, they looked just as disgusted as every customer in the store."

Because there's truly nothing for anyone to do at this point except become an Online Detective, the couple was quickly identified as Dan Marcotte and his partner, and he says that they've since received threats and have been harassed online. "If me and my girlfriend had done this two months ago nobody would say a bloody word," he told Castanet. "We're getting crucified for buying two carts of meat. We might have gone overboard, but we didn't push people or laugh at anyone." (Marcotte added that his own mother "was ashamed of [him].")

After his first attempt at an apology (?) didn't take, Marcotte spoke to the outlet again, claiming that he has a mental disorder that caused him to literally take every single package and every possible cut of meat from the supermarket. "I was driven by fear and concern for my loved ones. I had no idea I would get this kind of reaction," he said, adding that he feels "all alone" because he is currently in self-quarantine.

The coverage of Marcotte's two cart meat-hoard has been posted on multiple subreddits, including r/PublicFreakout, r/BritishColumbia, and r/WorldNews. Unsurprisingly, he's not getting a lot of sympathy.

"Two full carts of meat for just two people? Yeah, even two months ago everybody would have thought you were a wanker, mate," one r/WorldNews commenter responded. "I hope their power goes out," another added.

GlobalNews reports that Marcotte wants to donate $1,000 to the Lake Country food bank as some kind of penance. Although the donation is nice, a grand doesn't make things easier for the shoppers who went to that Save On that day to buy a package or two of ground beef for their families and had to walk out empty-handed.

Nothing is Working Now: What’s Next for America?