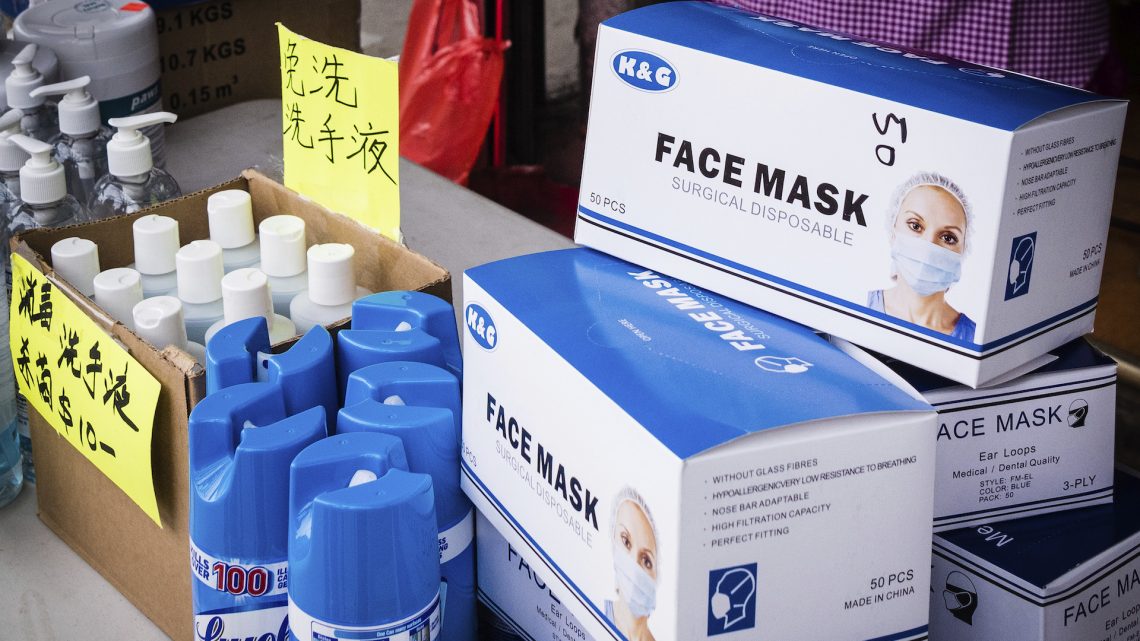 New York Gov. Andrew Cuomo Is Urging Trump to Nationalize the Production of Masks and Ventilators

To cope with the coronavirus outbreak, New York Gov. Andrew Cuomo postponed any non-critical surgeries at hospitals and urged the Trump administration to nationalize the production of crucial medical supplies.

"I think the federal government should order factories to manufacture masks, gowns, ventilators, the essential medical equipment that is going to make the difference between life and death," Cuomo said at his daily press briefing on Sunday.

“There are masks that we were paying 85 cents for, we’re now paying $7. Why? Because I’m competing against other states and in some cases other countries around the world,” he added.

From Saturday to Sunday, New York State confirmed 4,812 new cases of COVID-19, bringing the number up to 15,168, according to Cuomo. That's about half of all the cases in the U.S. and 5% of all cases worldwide. And as more tests become available, the number of patients could continue to grow. Cuomo has already ordered enormous convention centers to be turned into hospitals, and the Navy is sending its 1,000-bed hospital ship to New York City’s harbor.

Under the Defense Production Act, the federal government can force private industry to produce certain goods deemed necessary for national defense. Trump invoked the federal law, originally passed to bolster the war effort during the Korean War in the 1950s, through executive order on Wednesday but hasn’t put it to use just yet.

New York City Mayor Bill de Blasio is asking the president to invoke the act too.

“I don’t get it. Right now, I have asked repeatedly for the military to be mobilized, for the Defense Production Act to be used to its fullest to get us things like ventilators, so people can live who would die otherwise,” de Blasio said on "Meet the Press" Sunday morning.

The federal government hasn’t activated the Defense Production Act yet, partly because private companies are making the necessary equipment on their own, according to Federal Emergency Management Agency administrator Pete Gaynor.

“We can use it, the president can use it, at any time,” he told CNN on Sunday. “It’s really amazing how great America is. All these companies are coming up, asking us what they can do to help.”

But what private industry has done so far isn’t enough for Cuomo. The lack of masks has doctors working together to figure out how to fashion them out of garbage bags and even sewing them on their own. Hospitals and officials around the country have also asked for volunteers to help make masks.

“Time matters, minutes count, and this is literally a matter of life and death,” Cuomo said. “We get this funding, we get these supplies, we will save lives. We don’t, we will lose lives.”

Calls are also mounting from Democrats for Trump to force industry’s hand.

“There are not enough face masks, gloves, ventilators, hospital beds to get us through this,” Rep. Alexandria Ocasio-Cortez said on CNN on Sunday morning. “We cannot wait until people start really dying in large numbers to start production, especially of more complicated equipment like ventilators and hospital beds.”

Cover: While medical staff and first responders are in desperate need for protective gear like face masks , businesses are selling boxes of face masks for $50 and hand sanitizers for $10 in Brooklyn, New York on March 20, 2020. (Photo by Gabriele Holtermann-Gorden/Sipa USA)(Sipa via AP Images)