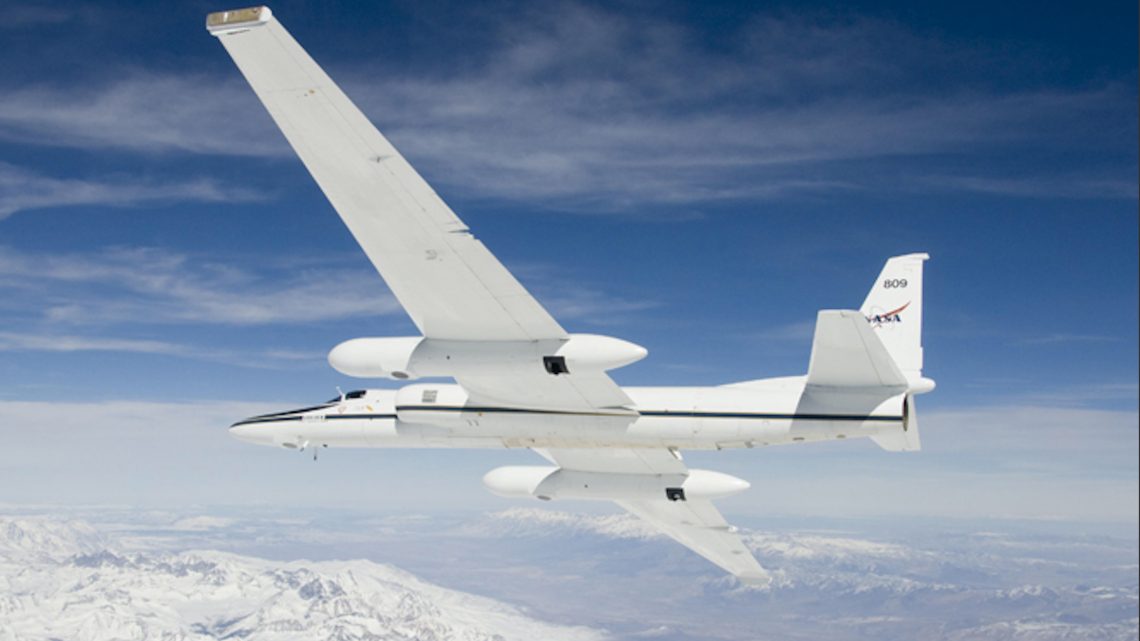 NASA Is Grounding Climate Change Missions Due to Coronavirus

NASA has delayed two airborne missions that study Earth’s climate and the effects of climate change, and one tasked with understanding extreme weather, due to concerns about the COVID-19 pandemic.

“Due to the current uncertainty about the coronavirus situation in the United States and its potential impact on travel during the next few weeks, three NASA Earth Science airborne science campaigns slated to deploy across the country this spring have rescheduled their field activity until later in the year,” said Jim Bridenstine, NASA’s administrator, in a recent statement.

The missions that will be affected are called Delta-X, Dynamics and Chemistry of the Summer Stratosphere (DCOTSS), and Sub-Mesoscale Ocean Dynamics Experiment (S-MODE). Unlike orbital missions, these campaigns gather data using airplanes and teams at target locations, which can make them vulnerable to delays due to the pandemic.

“These airborne campaigns are often accompanied by deployment of personnel (scientists, postdocs, students, technicians) on the ground to make measurements that are used to calibrate the remote-sensing measurements,” said Marc Simard, the principal investigator of Delta-X at NASA’s Jet Propulsion Laboratory, in an email.

“As such, it requires travel by airborne and field personnel during the campaign,” he added. “Spaceborne missions are global and consistent. Thus, calibration can be anywhere and anytime during the multiyear mission, although preferably near the beginning of the mission.”

J. Thomas Farrar, principal investigator of S-MODE at Woods Hole Oceanographic Institute, also noted that these missions tend to involve many research organizations, all of which are reeling in response to the pandemic at the moment.

“All of these institutions have different and rapidly evolving travel and work restrictions, and it seemed likely that travel restrictions by some institutions or school closures or something would make it impossible to successfully execute the field campaign,” Farrar said in an email. “It was also clear that it would be more costly if we tried to go ahead and then had to delay at the last minute.”

The S-MODE mission is designed to pinpoint kilometer-scale “eddies” in the ocean-atmosphere heat exchange that may have long-term ripple effects on the entire climate system. The team will study this phenomenon off the coast of San Francisco, though Farrar noted that the effect occurs all around the world.

“For the pilot experiment, we will conduct flights over about two weeks to repeatedly sample these eddies with different kinds of remote sensing measurements (things like ocean velocity, ocean temperature, wind, and waves),” he said.

Originally, those flights were supposed to take off around April 9, with support from the research vessel RV Oceanus based in Oregon. But as the pandemic intensified, the team decided to put off the deployment until October, which Farrar said was “definitely the right decision.”

“One of the good things NASA has learned to do is to require big projects to have contingency plans from the outset, and we had long ago identified a 6-month delay as a viable contingency option that would still let us accomplish our science objectives,” he explained.

As a result, Farrar added, “the S-MODE team still expects to accomplish all of our science goals, without any real negative impact.”

Meanwhile, Delta-X is focused on observing the hydrology of the Mississippi River during periods of high and low water levels, which occur in the spring and fall. The broader goal of the mission is to better understand the effect of sea level rise, which is driven by climate change, on vulnerable coastlines. The team has already completed demonstration flights that enabled them to learn fine details about the relationships between water levels, plant productivity, and sediment cycles.

The Delta-X spring flight, planned for next month, has now been postponed to April 2021. Simard and his colleagues plan to get back to the field for the fall flight in September. “Delta-X will still capture high and low discharge,” he said. “There is no impact on science, other than delay in delivery of science data and models.”

The new schedule for the DCOTSS mission, which will use high-altitude NASA aircraft to study thunderstorms across America, is a bit more finicky. Because these storms are most bombastic in the summer, this mission needs to run throughout June and July, and test flights were originally scheduled to happen this month.

“As things stand right now, it is not clear how much we will be able to fly this year,” said Kenneth Bowman, DCOTSS principal investigator at Texas A&M University, in an email. “We have developed alternative deployment schedules that will allow us to fly this year, but they will require significant improvements in the coronavirus situation.”

Though the DCOTSS team is grappling with these immediate uncertainties, the mission should ultimately be able to attain the data it needs, though it may be delayed by a few years.

“We do need to fly during the warm season to capture the kinds of storms we want to observe, but otherwise the project schedule has considerable flexibility,” Bowman said. “We can move one or two deployments to 2022, if necessary, assuming that the aircraft and other facilities are available when we need them.”

“That would not be ideal, as it would delay the collection of science data,” he added. “But we believe that as long as we can start flying next year there is still a very good chance that we can fulfill our science goals.”

Update : This article has been updated to include comments from J. Thomas Farrar.