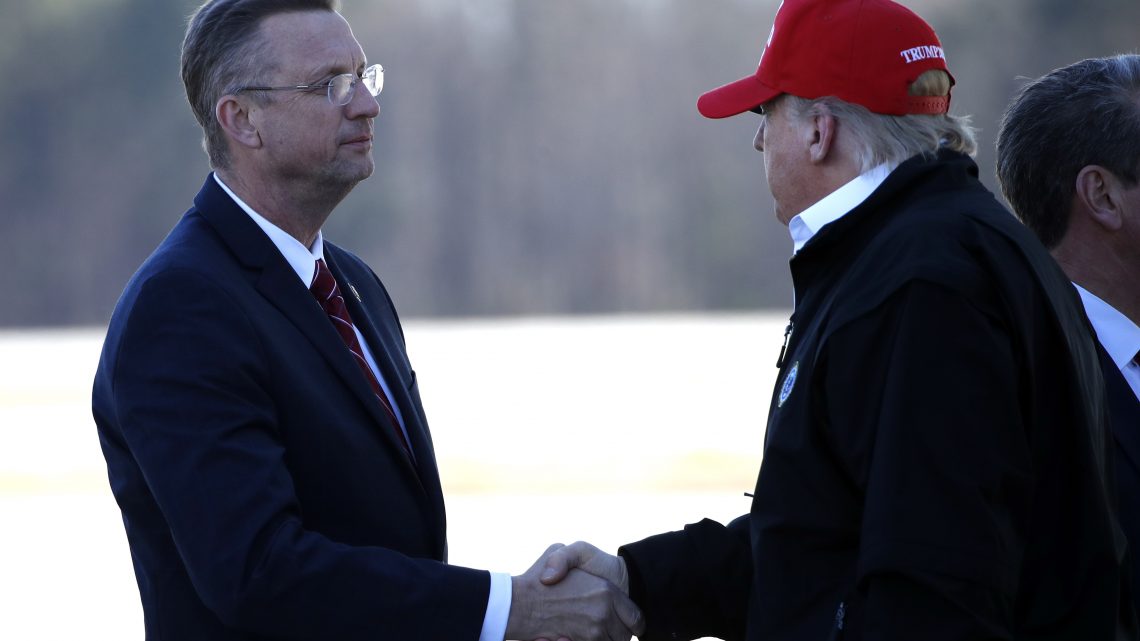 Donald Trump, notorious germaphobe, has been betrayed by his own.

Over the weekend it was reported that an attendee of the annual Conservative Political Action Conference (CPAC) had tested positive for COVID-19, more commonly known as coronavirus. The group hosting CPAC said that the attendee had not interacted with Trump or Vice President Mike Pence.

But on Monday it quickly became clear that Trump shook hands with multiple people who were in direct contact with the attendee, putting the president just two degrees away from the virus.

The first person, CPAC chairman Matt Schlapp, confirmed on Sunday that he was in contact with the infected person and shook hands with Trump on the last day of the conference, according to Politico. The second, Rep. Doug Collins (R-Ga.), was informed on Monday that he was in a photo with the attendee and has since placed himself in “self-quarantine.” Trump was pictured shaking hands with Collins last week after CPAC:

Representative Matt Gaetz, who was also in contact with the CPAC attendee, flew with Trump on Air Force One before he also announced he was going into self-quarantine on Monday. According to The New York Times, Gaetz learned that he had been in contact with the attendee after Air Force One lifted off, and “then essentially quarantined himself, sitting in a section of the plane alone.” Gaetz is also a notorious asshole:

On Monday, Vanity Fair reported that Trump, who is trying to appear like a strong boy to the public, is freaking out privately about the coronavirus. He’s apparently afraid that the media will try to Trojan Horse him and deliberately get him infected:

Last week Trump told aides he’s afraid journalists will try to purposefully contract coronavirus to give it to him on Air Force One, a person close to the administration told me. The source also said Trump has asked the Secret Service to set up a screening program and bar anyone who has a cough from the White House grounds. “He’s definitely melting down over this,” the source said.

But maybe Trump should have been more careful around his supposed friends. Or maybe he should have not completely fucked up his handling of the crisis in the first place.

The Sunrise Movement Is Mobilizing to Stop Joe Biden