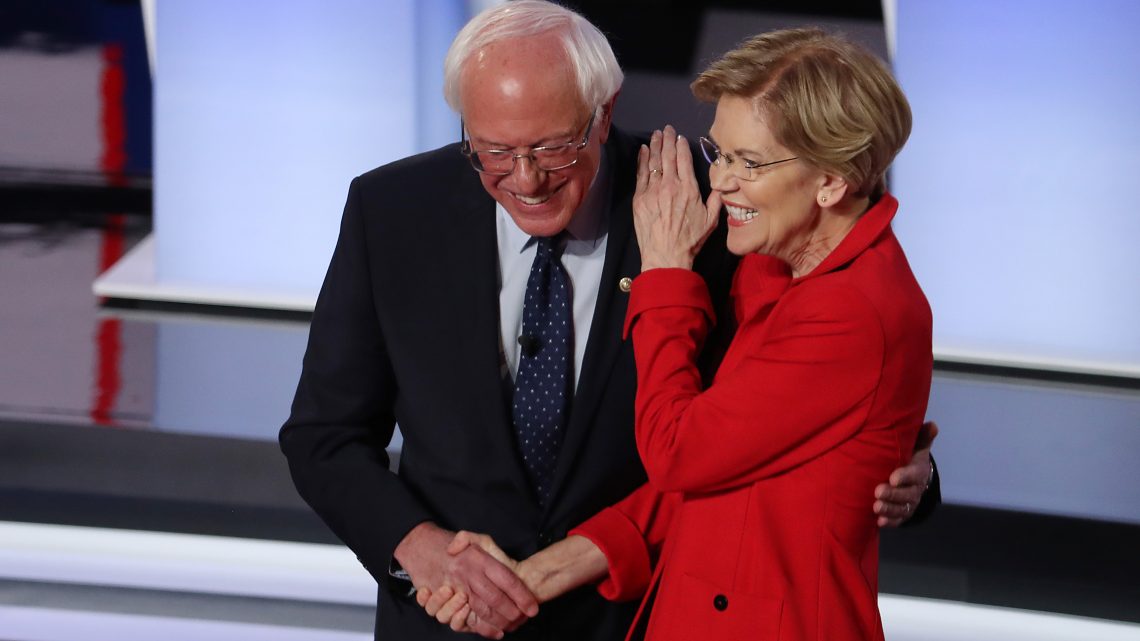 Where Will Warren’s Delegates Go? We Talked to One

For weeks, Bernie Sanders and Elizabeth Warren supporters have been debating the merits of Warren staying in the race, a conflict that came to a head when moderate candidates Amy Klobuchar and Pete Buttigieg dropped out to consolidate power behind Joe Biden. According to Sanders supporters, Warren was pulling delegates away from Sanders, increasing the chances of Biden winning the nomination. Warren supporters argued that if Warren stayed in, she could continue to collect delegates and organize them for Sanders if it came to a contested convention.

After Super Tuesday, that argument became moot: Warren didn’t do better than third place in any states, making it clear that she probably wouldn’t meet the 15 percent threshold in any remaining states that candidates need to earn delegates. Her narrow path to victory had been foreclosed by the results. Understanding this, Warren announced she was ending her campaign on Thursday.

But even before Warren officially withdrew from the race, many of her supporters had declared they would be backing Sanders in light of the Super Tuesday results. (New polling shows that 43 percent of Warren supporters rank Sanders as their second choice; 36 percent see Biden as their next best choice.)

Among them was Paul Newell, a pledged delegate candidate in New York City. Delegates vote for their candidate at the Democratic National Convention. Newell was a delegate who would have gone to Warren had she stayed in the race until April, when New York voters cast their primary ballots, and had she gained at least 15 percent support. Because neither of those things happened, Newell is not one of the delegates who will be up for grabs in the event of a contested convention.

But he said he believes that pledged delegate candidates like him, and Warren supporters in general, can model what they would like to see from her: endorsing Bernie Sanders.

This interview has been edited and condensed for clarity.

How did you become a pledged delegate candidate for Warren’s campaign?

When she announced her candidacy, I reached out to the campaign. I was involved with early organizing here in New York when they were putting together the delegate candidate slate, and I joined the slate for my congressional district. I’ve supported a lot of candidates for a lot of different offices in the past, and there’s never one I was so excited to support. She understands the structural causes of injustice in this society and articulates them in a way I’ve never heard before. She’s also got the specificity of her plans, which shows her care and intent to actually accomplish the goals. I think she would’ve been a superb president—the best in my lifetime.

Bernie Sanders. So I’ve made the same shift twice, arguably. I think it’s important to use the primary process to push our party and our country to the left. If you look at the history of winning and losing Democratic Party nominees, you see that we’ve never won with an insider candidate, that person who’s been in power for decades. Hubert Humphreys, Walter Mondale, [Al] Gore, [John] Kerry, [Hillary] Clinton—those folks don’t win. Democrats win with someone new, who has a message of change. Democrats don’t win when we argue for the status quo.

Democrats win with someone new, who has a message of change.

The hypothetical “Bernie would’ve won”? Who knows. But I thought he was best positioned to win [in 2016] and he had the right message for our party.

Walk me through your decision to back Bernie Sanders.

I was having concerns as she dropped in the polls [in the fall], but polls are fickle and campaigns fluctuate. I didn’t jump ship at the first sign of trouble; I jumped ship at the fifth sign of trouble. The results in Iowa were disappointing, but it was just one small white state. But then New Hampshire was disappointing, then Nevada, then South Carolina, and then you had Super Tuesday which involved a group of states she should’ve played well in, but it didn’t work out. At that point it became clear that if the progressive vote didn’t consolidate, we’d be nominating [Biden]. I just don’t think his is the message that’s going to beat Trump and I don’t think that’s the Democratic Party I want to believe in.

"It became clear that if the progressive vote didn’t consolidate, we’d be nominating Biden...I just don’t think his is the message that’s going to beat Trump."

This is a presidential election and, as it happens, an extremely important one. It’s essential for our country and our party and our neighbors and our planet—literally—that we engage in this decision. There’s no question in my mind that Bernie Sanders is the candidate who’s going to take us in the right direction on all of those issues.

Why did you feel it was important to announce it publicly?

Obviously Elizabeth Warren has to come to her own decision [...] about endorsing a candidate, and hopefully it’s Sanders. But it’s important to show the Warren campaign and other Warren supporters that many of her supporters want her to take the next step [and endorse Sanders]. One of the many things I’ve admired about Warren since the beginning of her campaign is how incredibly responsive she is. I’ve never seen a national figure so good at listening, taking responsibility, and apologizing when she messes up. And I think she cares what her movement thinks.

Why is it important to you that Warren endorse Sanders?

Not endorsing would be a mistake. I think she’s built a movement, inspired millions of people, and she ran for president in order to achieve justice for this country. Not endorsing would be an abdication. She deserves time to think about it, but there just isn’t that much time. I think if you take on the mantle of a leader, you need to lead, especially when it can be impactful.

I haven’t spoken to any candidates in the early states, but I do know of one other delegate candidate who announced the same thing I did, actually the day before me. And I’ve definitely spoken to other Warren supporters [in New York]. A couple of folks have disagreed with me, but most of the people I’ve spoken to agree: Bernie Sanders is the candidate who shares Warren’s values.

Coronavirus Update and Tweets of the Day

Coronavirus Killed Miami Ultra. What Other Festivals Will Follow?