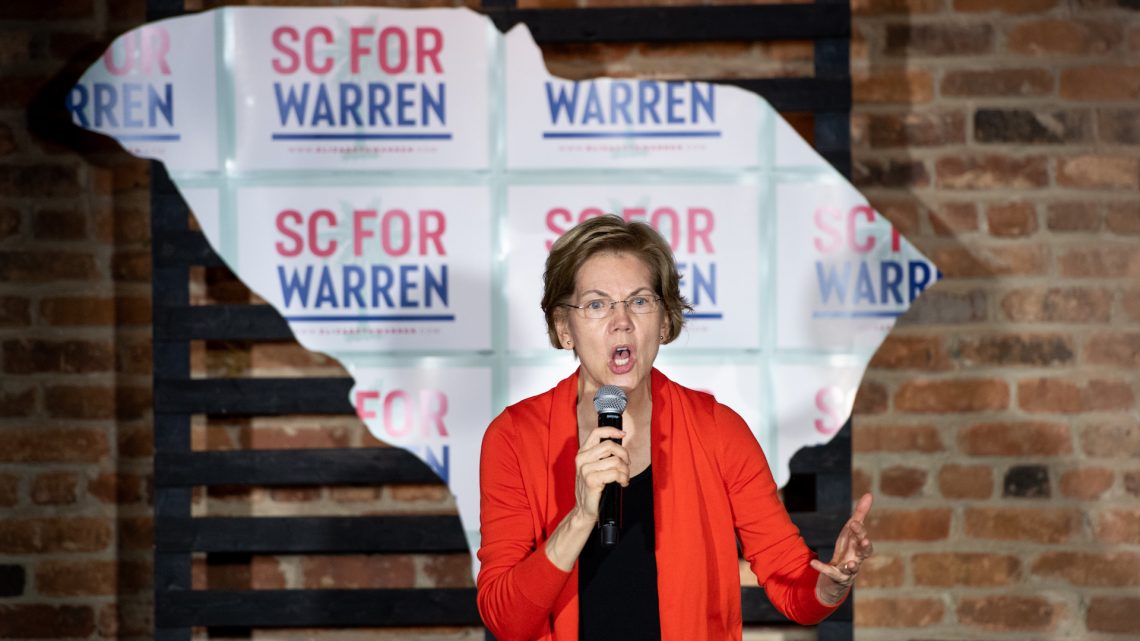 A super PAC supporting Elizabeth Warren is about to unleash a tidal wave of advertising to help keep her struggling campaign afloat through Super Tuesday.

But there’s a problem: the Senator from Massachusetts wants the PAC — called Persist PAC, naturally — to disclose its donors, and it refused.

Warren has made clearing dark money out of politics a signature issue, but last week decided to start accepting help from a super PAC to help keep the lights on for her campaign. “If all the candidates want to get rid of super PACs, count me in,” she told reporters earlier this month. “It can't be the case that a bunch of people keep them and only one or two don’t.”

But now Warren is experiencing the downside. When she asked her the PAC to disclose the donors behind the more than $12 million they’re planning to spend before Super Tuesday, the PAC, which operates independently of the Warren campaign, said nope.

“We are not putting out donors outside the mandatory deadlines,” Joshua Karp, Persist PAC’s spokesperson, told CNN.

READ: Elizabeth Warren is finally getting ruthless. But is it too late?

Per Federal Election Commission rules, the group doesn’t have to make its list of donors public until March 20, well after the super Tuesday races on March 3.

Warren has staked her campaign on getting rid of corruption and dark money interests in Washington. It remains to be seen how voters will react to her new stance on super PACs, announced in the 11th hour before Super Tuesday, and whether the more lenient stance might cost her at the polls.

After the group announced an enormous ad buy for Warren on Thursday — the largest in the Democratic race so far — the senator took some heat, largely from her left.

After all, Warren has presented herself as an anti-big-money candidate. On a debate stage in December, she blasted Buttigieg, mayor of South Bend Indiana, for agreeing to take money from rich folks.

“The mayor just recently had a fundraiser that was held in a wine cave full of crystals and filled with $900-a-bottle wine,” said Warren, the first candidate to bring up the phrase. “Think about who comes to that.”

Some people on Twitter took issue with Warren’s new stance.

But Warren, who’s falling behind, needs the cash. Her campaign fund had about $2.3 million on hand at the end of January, and Sen. Bernie Sanders, former Vice President Joe Biden, and former New York City Mayor Mike Bloomberg are all leading her recent national polls.

Persist PAC is making ad buys in expensive markets on her behalf in places like San Francisco, Houston, and Boston. Warren’s campaign has only spent about $1 million on ads in Super Tuesday states, according to CNN.

The change is so stark and sudden, the campaign hasn’t even totally gotten everyone on the same page. Warren’s campaign website still says “she’s not taking a dime of PAC money in this campaign.”

Personal Income Jumped in January, But It’s a One-Time Deal