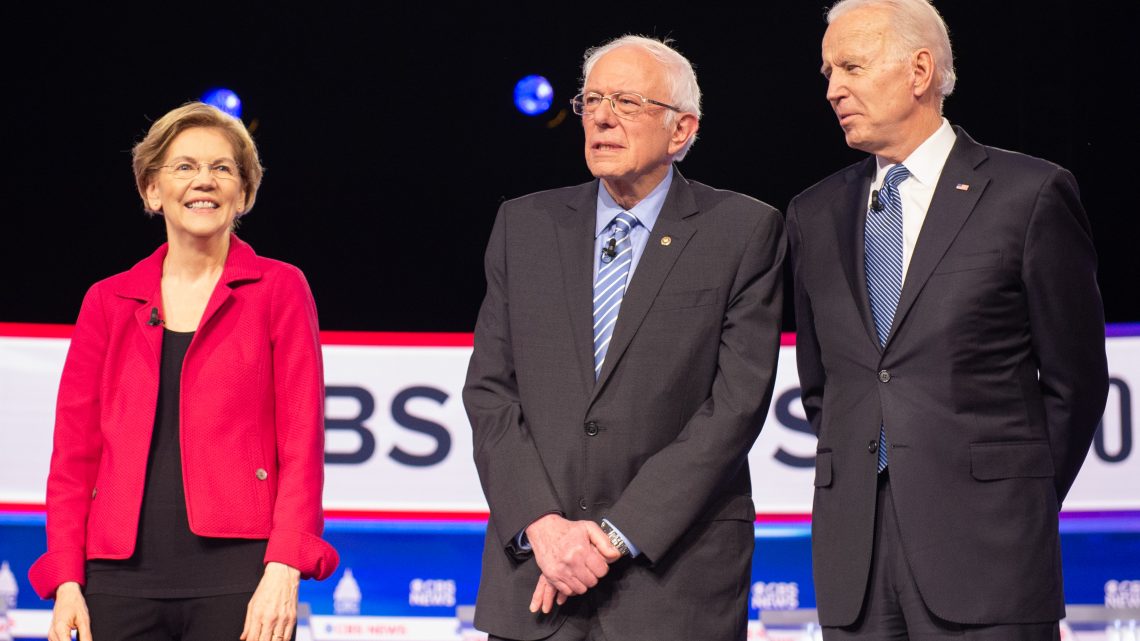 People stream themselves doing anything and everything these days, a cultural shift services like Twitch have openly embraced, as they’ve moved past their roots in gaming. It’s no surprise, then, that people would want to stream themselves watching and responding to the ongoing Demoratic debates, as the party chooses its nominee to go up against President Trump later this year. What they didn’t expect was to have their streams killed and accounts banned by Twitch right in the middle of the debate happening last night in South Carolina.

About an hour into last night’s debate, the Twitter bot @StreamerBans started reporting a series of high-profile accounts that’d been dispatched by Twitch, including speedrunner Trihex and the popular leftwing podcast Chapo Trap House. The bot doesn’t include the reason why the accounts have been banned, but Trihex quickly issued a response to it:

Twitch banned Trihex, but not because Twitch took issue with their political commentary. Instead, it was complying with a DMCA (Digital Millennium Copyright Act) notice that apparently came from someone representing CBS, the news organization hosting the debate. A Twitch investigation later determined these claims were actually a hoax. None of the streamers would be held liable, and all of their bans would be reversed by Twitch.

“Twitch’s investigation has determined that the alleged copyright infringement notices directed to channels from Praxis Political are false. Twitch is reinstating access to each account and removing any strike attributed to a channel in connection with the notice, effective immediately. We regret that a false notice from a 3rd party disrupted any of our streamers and appreciate all who alerted us to the concerns about Praxis Political. The safety of our community is a top priority and it is unacceptable to target folks with false claims. The investigation continues as to the actor that submitted the notices.”

The DMCA notice received by Twitch streamers was not from CBS, but a third-party company calling itself Praxis Political Legal. It is not uncommon for major companies to rely on outside companies to handle copyright issues for them on places like Twitch and YouTube, but it is uncommon for the companies in question to delete its internet presence.

Not long after Praxis Political issued its DMCA takedown notices, its website—still accessible through a Google cache here—vanished. The website, a sparse white page without much information, did include an email address. When VICE Games sent an email, however, it immediately bounced back because the email address had been disabled.

Praxis Political claimed to be representing CBS. CBS did not respond to my request for comment as of this writing, but Twitch’s determination the claims were false answers that question.

The notion of a fake DMCA claim isn’t new, though. It’s a regular occurrence on places like YouTube and Twitch, and YouTube even sued someone who was using them to extort creators. In that instance, a fake DMCA claim was used to extract $150 from someone. Another time, it was $300. Aggressive game developers have, in the past, used DMCA claims as a way to hit back at critics, knowing Twitch and YouTube usually side with them.

The debate aired last night on CBS, and was easily accessible on free streams on a variety of platforms, including YouTube. Other debates have been on cable networks like CNN and MSNBC, requiring a paid subscription. A number of banned accounts featured the CBS stream alongside their commentary, but Trihex was not among them. Instead, Trihex only included a portion of the stream to show subtitles, so people knew what was happening. Trihex had even taken the additional step of muting the audio. Nonetheless, he was banned.

Trihex might not have included the full stream, but many others, including Justin Young, did.

“I was commenting throughout,” said Young, “although I try to play it safe [because] I felt it was transformative enough to be fair use AND CBS was broadcasting it on all of their outlets for free.”

At the time they were banned, Young was “10 minutes into a rant about how funny it was Joe Biden said the phrase ‘home boners.’”

Young was hoping to avoid a DMCA notice, in which CBS might argue Young was stealing its content. In commenting about the debate, however, Young and others believed they were transforming it. It’s a similar argument for why people can stream themselves talking over hours of video games without paying a royalty to game companies.

One reason Young felt in the clear was because they’d done the same thing in the past. McCrae was among the several folks banned last night while streaming the debate, and like Young, had streamed previous debates, events that were not hosted by CBS, without issue.

“I was pretty much just commenting on it and playing stupid sounds over it and scrolling twitter on my stream,” said McCrae. “I don't think it's considered transformative lol but maybe.”

The legality of streaming video games and talking over them—and by extension, talking over debates—has not really been legally tested. Instead, it’s become such a cultural sensation over the past decade that, instead, most companies decided to look the other way, believing the exposure is ultimately good for their brands. It’s become a form of free advertising.

Earlier Wednesday, a Twitch spokesperson told VICE Games it was “actively investigating the authenticity of DMCA notices the led to the bans, and is speaking with the streamers involved.” Twitch does not usually explicitly comment on bans, and doing so raises the possibility these bans may have been in error. Later Wednesday, it determined the DMCA requests were forgeries. This raises the question, then, about why Twitch complied with them in the first place.

Big platforms like Twitch, YouTube, and Twitter often take an overly expansive view of copyright law, often siding with copyright holders or proactively taking down potentially fair-use content at the first sign of a DMCA. The fact that companies are so quick to remove content when faced with a copyright claim (or to do so proactively using content identification techniques) is often used as ammunition by people who say platforms should be better at, say, banning Nazis. Just last week, Activision subpoenaed reddit to try and unearth the personal information of someone who’d leaked information about the new Call of Duty game.

The problem for creators remains the same: they are the ones with less power to wield. If a DMCA claims is false, accounts get unbanned. During the time they are banned, however, they’re deprived of streaming, which is a source of livelihood for many.

“We have no recourse to argue fair use,” said Young.

Even when the bans are inevitably lifted, that dynamic will remain the same.