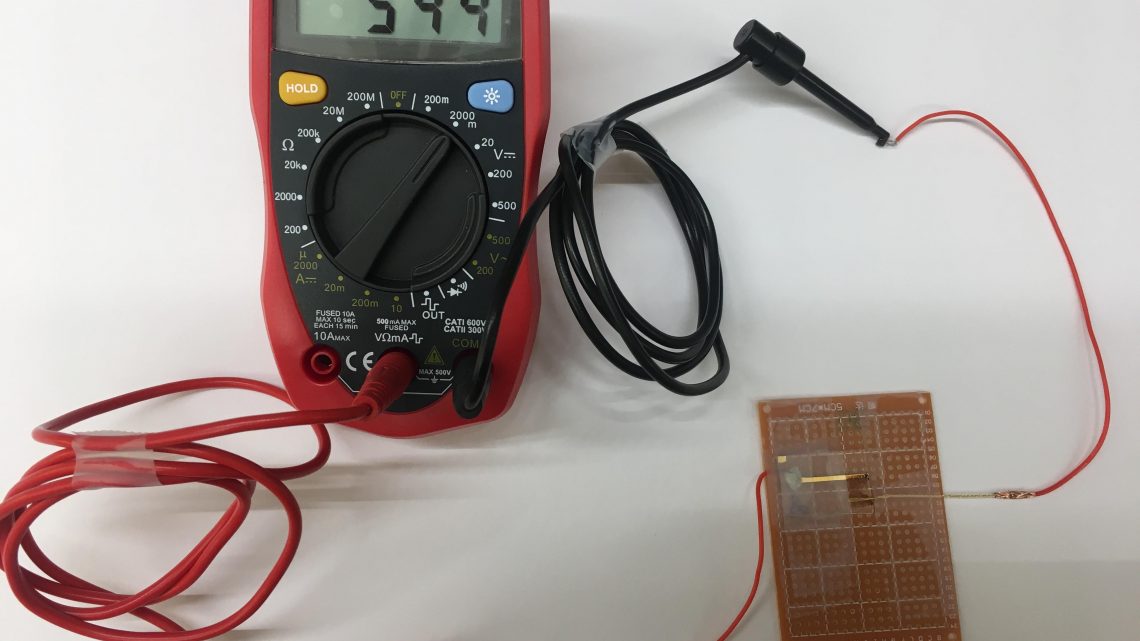 This Device Generates Electricity from the Air Using a Strange Microbe

A team of scientists have figured out how to generate an electric current using moisture in the air using a peculiar microbe.

The air powered generator, which the team calls an “Air-gen,” works when water in the air reacts with microscopic conducive filaments produced by a microbe that create an electric charge. The technology is still in its infancy, but it has the potential to be a source of sustainable energy for electronics. The researchers, all from University of Massachusetts Amherst, described their discovery in a paper published in Nature on Monday.

“We are literally making electricity out of thin air. The Air-gen generates clean energy 24/7,” electrical engineer Jun Yao said in a press release. “It’s the most amazing and exciting application of protein nanowires yet.”

The nanowires are impossibly tiny strings of proteins around a billionth of a meter in diameter that can carry an electrical charge. A microbe called Geobacter produces them, and the scientists placed a layer of the nanowire across a gold electrode with an area of about 25mm squared—a little bigger than an U.S. quarter—then placed another gold electrode on top of that to create a nanowire sandwich.

“What happens is that film of nanowires absorbs moisture from the air and makes a gradient, not only of moisture in the film but also an [electrical] charge,” Derek Lovley, one of the scientists behind the research and the person who first isolated Geobacter , told Motherboard. “It seems that the surface of the film, the water it’s absorbing is also releasing a charge from the water molecule. So, in this way, you can have continuous power production.”

According to the study, the device produces a sustained voltage of about 0.5 volts for about 20 hours before “self-recharging. The scientists even used the small squares to light up small LED bulbs. There was a problem, however: they couldn’t make Geobacter create enough nanowire to scale up the technology further. “We had such a limited supply of the wire,” Lovley said.

The team realized, however, that they could force a different microbe to produce nanowires at an industrial scale: E. coli.

According to Lovley, the E. coli strain is non-pathogenic, and it’s a bacteria in the

bulk production of chemicals used in various acids and even alcohol. Production of the nanowire was a bottleneck in the process of scaling up the Air-gen, but now, that limitation isn’t a factor.

Ultimately, Lovley said that he hopes the ability to generate electricity from the air using protein nanowires can be helpful as the world searches for the will and the means to switch off of fossil fuels before it’s too late.

“We’ve got a climate crisis on our hands and all of a sudden, there’s this serendipitous discovery. To come up with a new alternative. We’re very fortunate to have something this exciting to work on.”

Now, the scientists are working on scaling up the technology to provide more power. The two current ideas are a small patch of the nanowires to power wearable devices such as a smartwatch and a thin pack that attaches to a phone and eliminates the need for charging.

“The ultimate goal is to make large-scale systems. For example, the technology might be incorporated into wall paint that could help power your home. Or, we may develop stand-alone air-powered generators that supply electricity off the grid,” Yao said in a press release. “Once we get to an industrial scale for wire production, I fully expect that we can make large systems that will make a major contribution to sustainable energy production.”

Real Earnings Have Gone Nowhere For a Full Year