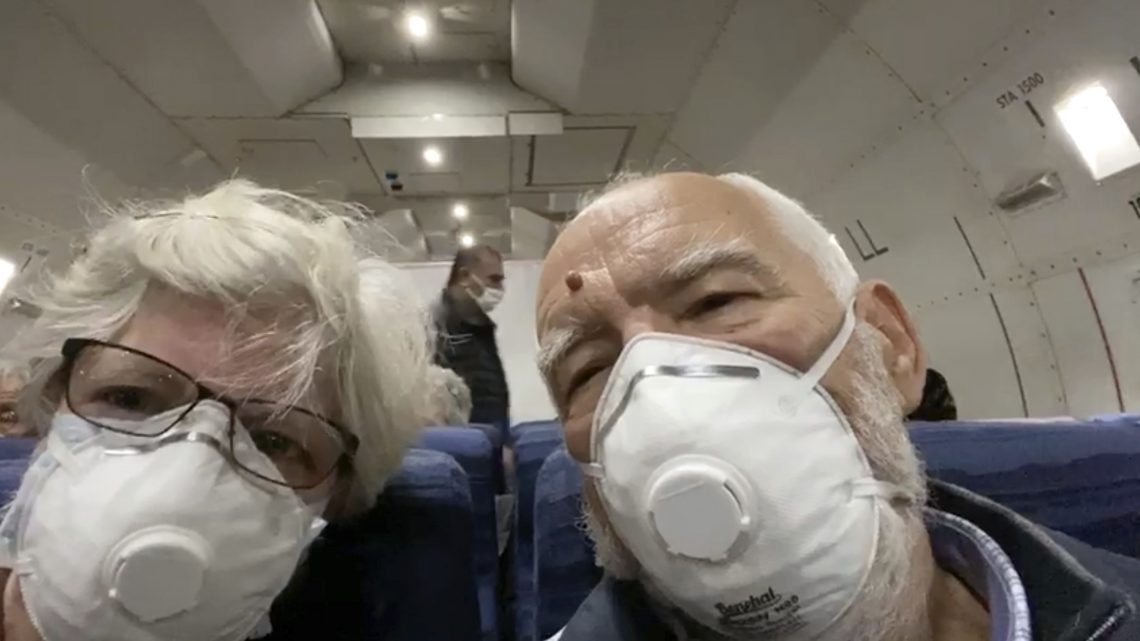 Fourteen American passengers who were evacuated from the Diamond Princess cruise ship on Sunday and put on charter flights back to the United States have tested positive for coronavirus, the State Department and the Department of Health and Human Services said in a joint statement released on Monday.

On Sunday, the State Department evacuated over 300 American citizens and their immediate family members from the ship, which was docked off the coast of Yokohama, Japan, and put them on flights back to the United States. The passengers were “all were deemed asymptomatic and fit to fly before being processed for evacuation,” according to the statement.

During the evacuation, officials learned that 14 of the passengers had tested positive for coronavirus, and they were “moved in the most expeditious and safe manner to a specialized containment area on the evacuation aircraft to isolate them in accordance with standard protocols,” the statement said.

As of Sunday, there were 355 reported cases of coronavirus aboard the vessel, the largest confirmed cluster outside of China, according to NPR; The National Institute of Allergies and Infectious Diseases said then that 44 Americans aboard the ship had been infected with coronavirus, or COVID-19. There were 2,666 passengers and 1,045 crew on board when the ship went under quarantine on February 5, according to Princess Cruise Lines.

READ: Here's what's happening on that cruise ship in Japan with 135 coronavirus cases

The 14 passengers were allowed to fly back in a quarantine section of the two charter flights, which landed early Monday morning at Travis Air Force Base in California and Joint Base San Antonio in Texas. Upon arrival, passengers “will be transported to an appropriate location for continued isolation and care,” the joint statement read.

Cruise ship passengers will remain in quarantine at the two bases for two weeks. Because they endured an initial round of isolation on the ship which began on February 5, they will have spent nearly a month in quarantine when they finally depart the bases, according to the Associated Press.

“We are glad to be going home,” Cheryl Molesky, a Syracuse, New York, woman who was on the ship with her husband, told NHK TV in Japan. “It’s just a little bit disappointing that we’ll have to go through quarantine again, and we will probably not be as comfortable as the Diamond Princess, possibly.”

Not every American on the ship left, however, with some deciding to tough it out in Japan rather than face another quarantine or risk infection while traveling with other passengers.

"You know, it's not like we're the last helicopter off the rooftop in Ho Chi Minh City," Katherine Codekas, a Sacramento woman who decided to stay on the ship along with her husband, told Sacramento TV station KOVR. "We're on a boat and we're watching people go away and people just make different choices about how they want to confront the virus."

There have been at least 1,770 deaths due to coronavirus in mainland China, the Chinese national health commission said yesterday. Most of those, nearly 1,700, have happened in Hubei province, which is home to the city of Wuhan; 1,309 people have died in Wuhan alone.

Cover: In this image from a video taken on Monday, Feb. 17, 2020, Paul Molesky, right, and Cheryl Molesky, who evacuated off the quarantined cruise ship the Diamond Princess, film selfie video aboard a Kalitta Air plane bound for the U.S., at Haneda airport in Tokyo.(Cheryl and Paul Molesky via AP)

LEAK: Secret Documents Show How China Targets Muslims for ‘Re-Education’ Camps — and Spies on Their Families