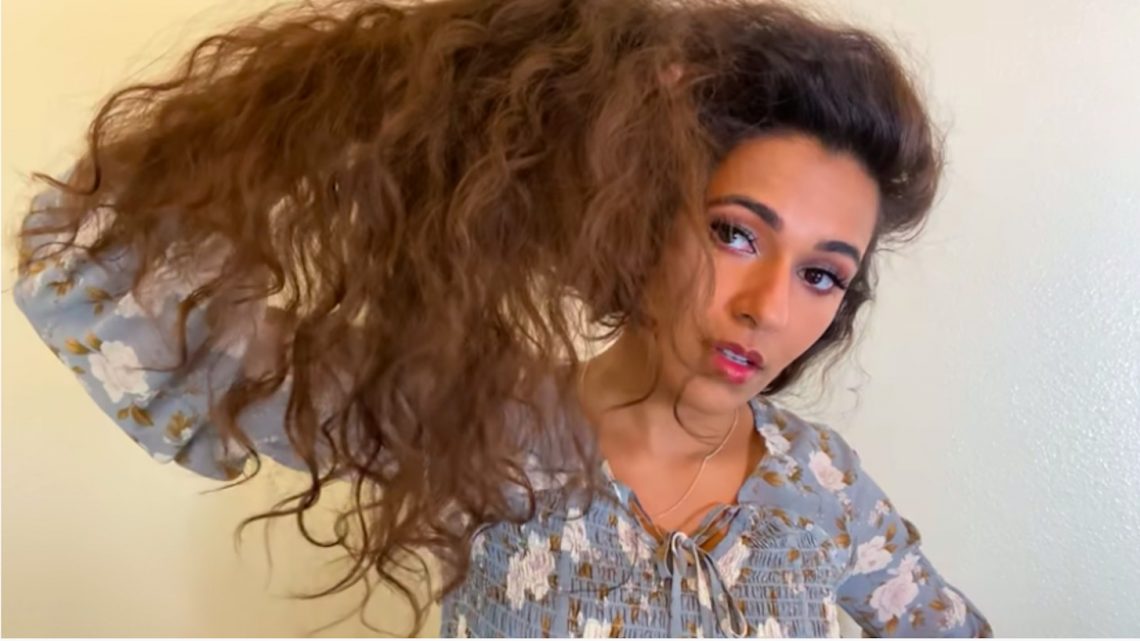 Curly hair is among nature’s most fickle, high-maintenance creations, and haircare brands catering to curls tend to inspire fervent devotion. Few of those brands are more high profile than DevaCurl, a company founded in 1994 that’s expanded outward into a many-tendriled empire of branded products, devices, a full directory of “Deva Inspired” stylists who cut curly hair in their recommended method, and an inclusion in a plot line on Broad City. Which is why it’s notable that something very weird is going on in the DevaWorld.

In the past five months, a small legion of influencers, primarily on YouTube, have begun alleging that DevaCurl is damaging their hair, causing dandruff, frizz, and changes to their curl patterns. One of the most high-profile is Ayesha Malik, a curly hair YouTuber with 197,000 subscribers who made a video at the end of January alleging that her hair became seriously damaged after years of exclusively using DevaCurl products, which she’d often recommended on her channel, sometimes in paid partnerships with the company.

“I am suffering from severe hair and scalp issues,” Malik said in the video description. “I used to recommend DevaCurl, but not anymore.” The video has garnered over 500,000 views and counting; in it, Malik fights back tears as she describes changes to her hair, including hair loss, dandruff and a changed, much more limp curl pattern.

Do you work know anything we should know about DevaCurl? Contact Anna Merlan at anna.merlan@vice.com or via VICE's SecureDrop.

YouTube’s algorithm helpfully leads from Malik’s video to dozens more, including one by India Batson, an even more prominent beauty YouTuber who's issued glowing DevaCurl recommendations in the past, including on the company's website. She put up a video expressing shock at the DevaCurl controversy on Tuesday afternoon that almost immediately garnered thousands of views, despite not having much new light to shed on the situation. ("I have not been taking this situation surrounding DevaCurl lightly," Batson wrote on Instagram. "I have seen your questions and messages of sheer panic. I have been calling influencers in the curly hair community trying to get to the bottom of this, reaching out to Devacurl personally and researching online to understand what is at the root cause.") Batson added that she has "asked the DevaCurl team to remove my images from their website," and said she would be "redoing my Amazon recommendations for my future videos on my channel," implying she'd no longer recommend DevaCurl products.

Among the most persistent critics is a hairstylist in Florida named Stephanie Mero, who goes by the name CurlNinja and who began making videos over the summer alleging that DevaCurl harmed her hair and that of her clients; Mero has to date made at least 13 videos criticizing the products and showing what she says is damage caused by them. She’s also encouraged her viewers to file complaints with the FDA if they feel their hair has been damaged by the product. In addition, Mero created a Facebook group for people who think their hair has been damaged by DevaCurl products—on January 31, when Ayesha Malik uploaded her video, it had 4,000 members. Days later, it has 14,000. DevaCurl’s comments on Instagram and Twitter are full of angry people saying they also experienced hair damage, and a four-year-old thread on Sephora’s community forum about DevaCurl has, in recent months, begun to fill with new responses from people alleging the product was causing breakage and hair loss. In early January, a law firm also posted an advertisement soliciting participants for a “DevaCurl hair loss class action investigation.” (To be clear, no lawsuit has been filed and the ad doesn’t mean that one necessarily will be.)

DevaCurl—which was acquired by the German company Henkel in November—hadn’t addressed the controversy until just a few days ago, when the Daily Dot wrote about Ayesha Malik’s video. DevaCurl told the Dot then, “We want everyone to have positive experiences with DevaCurl and we’re really sorry to hear these concerns. We take them seriously and want to provide reassurance about the quality and safety of our products. Information about our commitment to quality and ingredients is available here,” linking to a page on the company’s “product philosophy.” VICE has reached out to the company and will update if and when we get a response.

Hair controversies can cause companies serious time and money: perhaps the most infamous is Wen Hair Care, a brand created in the ‘90s by celebrity stylist Chaz Dean. Beginning in 2014, consumers began complaining that the brand caused hair loss and serious scalp irritation. Soon after a class action suit was filed against the company, the FDA began an investigation, and in February of 2016 said it had received 1,386 adverse event reports directly from consumers about the company’s cleansing conditioner products, “the largest number of reports ever associated with any cosmetic hair cleansing product, including cleansing conditioners.”

In October of 2016, Wen agreed to pay a $26 million settlement without admitting wrongdoing. The incident also spurred researchers writing in JAMA Internal Medicine to argue that the FDA need to conduct better regulation and surveillance of cosmetic companies, as Ars Technica reported at the time. The need was real, the researchers argued, “given [cosmetic products’] ubiquity and lack of a premarket approval pathway. Unlike devices, pharmaceuticals, and dietary supplements, cosmetic manufacturers have no legal obligation to forward adverse events to the FDA.”

Monat, a multi-level marketing company selling haircare products, has faced similar allegations of damage and hair loss, and has been fighting a class action lawsuit since 2018. (The company also sued a number of people for defamation, including a hairstylist who criticized their products as well as the head of a Facebook support group for people who believe their hair has been harmed by Monat products.) Both Monat and Wen continue to say their products are safe.

Over two decades ago, DevaCurl was born from conversations with our consumers and from our salons and stylists about what they wanted and needed to embrace their curls. As a result, our community has grown to include millions of Devas around the world who use our products every day. All of our formulas are subject to rigorous and thorough testing to ensure our products meet strict internal quality assurance standards and regulatory requirements before they reach the market. We don’t speculate on why some people are attributing the challenges with their curls to our products. As part of our ongoing commitment to product safety and the satisfaction of our Deva Community, we are conducting additional testing with an independent party. We are committed to providing our customers with all the information they need to continue to use DevaCurl with confidence. We’ll be posting updates on our website, and we encourage our consumers to share their experiences with us at customercare@devacurl.com. We will go above and beyond to help anyone on their curl journey.

We Have Numbers! (62% of them) Buttigieg in the Delegate Lead
Nancy Pelosi Literally Tore Up Trump’s State of the Union Speech