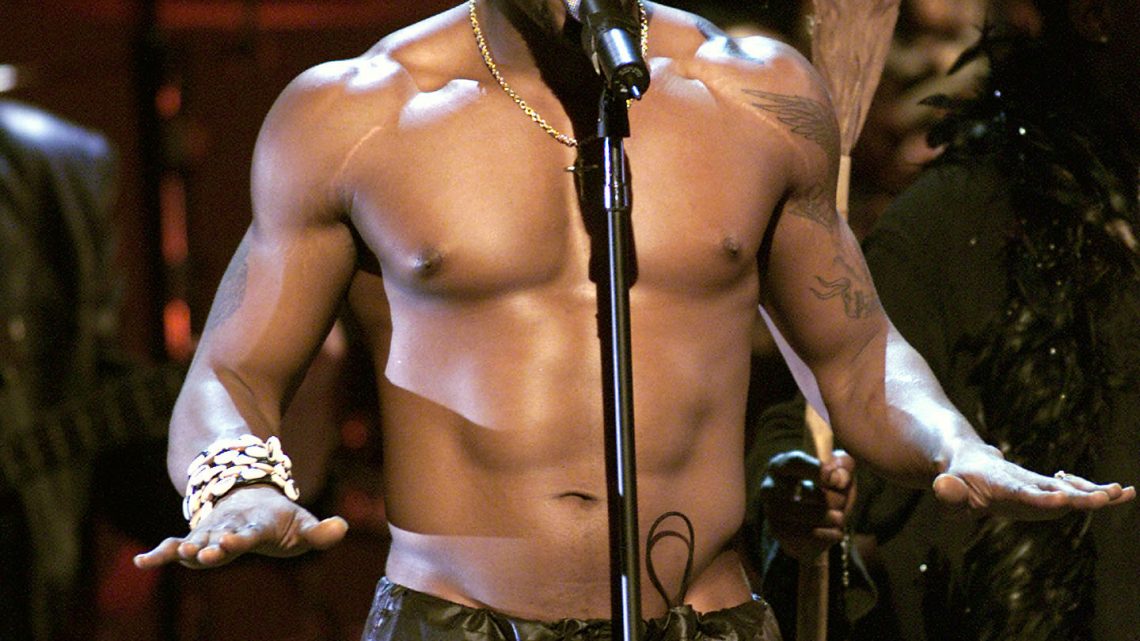 "Untitled (How Does It Feel)" starts innocently, panning from the singer's neat cornrows to his gap-toothed smirk. Stripped-down and vulnerable, the usually smooth singer looks slightly uncomfortable. This tenderness is relatable; it's the thrill of undressing in front of someone who has never seen you naked. With his gaze fixed below his waist, you're left wondering what the hell is going on below the shot. In an interview with ?uestlove, the singer wouldn't confirm or deny if he was actually receiving oral sex, but his shallow breathing only adds to the implication. The magnetism of "Untitled," and it's arousing glory, makes it easy to miss the Jesus crucifix pendant dangling from his neck. The dichotomy of religion and sexuality has been the central tension in the making of D'Angelo.

Despite the success of 1995's Brown Sugar, and eventually Voodoo—which turns 20 years old this week—the R&B singer remained an enigma: He was evolving as D'Angelo, the sex symbol, but fighting like hell to be Michael Archer, the choir boy who grew up in his father's Pentecostal church. The barometer of Black excellence is often measured by how exceptionally we can balance our double consciousness: who we are versus who the world perceives us to be. Lauded as the second coming of Prince, D'Angelo's brilliance haunted him, and his sophomore album would test how much he was willing to sacrifice for self-preservation.

"As I began to hear what became Voodoo, I quickly began to realize that this was not just Brown Sugar part two," tour manager Alan Leeds said in the documentary Devil's Pie—D'Angelo. "It was clear to me that he was at the forefront of wherever Black music was going to go in the next 10 or 20 years."

Written in his bedroom on a 4-track in Richmond, Brown Sugar tickles each of the senses. The "cherry in [his] chocolate-covered dreams" lingers on your lips on "Me and Those Dreamin' Eyes of Mine," and you can see his blood-stained hands by the end of the bluesy "Shit, Damn, Motherfucker." D'Angelo's songwriting often mixes sweet and savory, as he does on the record's eponymous single. "I get high on your love, don't know how to behave," wasn't for dramatic effect; it was an ode to a blunt as steamy as the hooptie you hotboxed in college. Remaking 90s R&B in his image, D'Angelo was equal parts Sly Stone and A Tribe Called Quest; this collision of soul and street gave birth to a new brand of rhythm and blues that fit him like a glove. "I was always trying to make hip-hop without having to sound R&B," he told ?uestlove.

"After [ Brown Sugar] was done I loved it, but there were certain songs that I felt it lost something between the demo version and all of the production that went into it," he said in a 2014 interview with Red Bull Music Academy. After feeling like his debut became "a little homogenized," D'Angelo created his follow-up to challenge the mainstream. "Straight from the cow to the glass—that's what Voodoo was," he said. 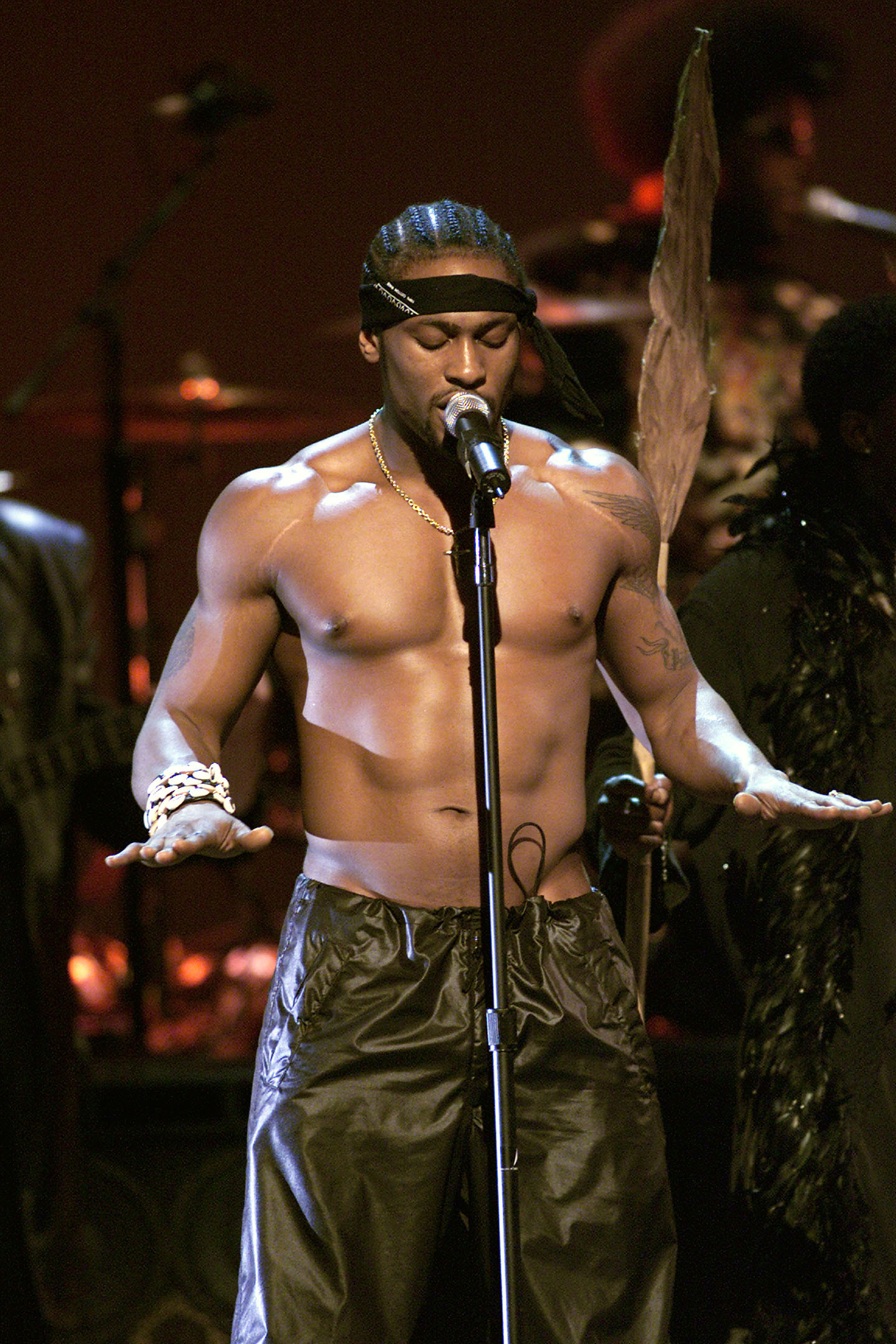 As fans waited for another album and the second half of the 90s played out, life didn't seem to slow down. The O.J. Simpson murder trial divided the country, with the acquittal of the former pro football player shocking America. Louis Farrakhan's effort to market the Million Man March as a symbol of unity didn't help the Black community's public grief. Tupac and Biggie's murders were senseless, and when the New York Police Department fired 41 shots at Amadou Diallo, an unarmed 23-year-old immigrant from Guinea, the target on the backs of Black men were magnified. As the decade wound down, Bill Clinton, who Toni Morrison once described as our "first Black president," was facing impeachment for an affair with Monica Lewinsky, a White House intern.

Twenty years later, America has finally seen two terms of its actual first Black president, but the country remains flawed in myriad ways: potential impeachment is once again on the horizon, charismatic sports heroes are still tied up in murder trials, and police brutality continues to dominate the headlines. Voodoo's genius lies in D'Angelo's decision to make an album as imperfect as the times.

The album's title alone reclaimed black magic decades before the phrase "black (girl) magic" became a symbol of empowerment. Paying homage to the religious practices of the American South, Caribbean islands, and West Africa, Voodoo symbolized the marriage of the intricacies of Black life and faith influencing his sound. Rather than reduce Vodou to spells and ritual killings, the singer conjured the soul of the Haitians who birthed the religion on slavery plantations.

"I realized that everything that exists, all music, comes from Africa," D'Angelo told dream hampton in a 2000 issue of VIBE. "I started to see all the connections of music pointing back to Africa, and I wanted to express all those genres. Like what Sly was trying to do, like what Prince was trying to do, and Jimi too."

D'Angelo recorded Voodoo at Greenwich Village's Electric Lady Studios. There, summoning the energy of Hendrix—who designed the studio in the 70s—and filling it with posters of other soul men like Prince and The Isley Brothers, he made it a shrine to his heroes. As a teen in Richmond, a potential mentorship with Ellis Marsalis Jr. fell through, but now, he had found the silver lining: training would have made him too polished, and Voodoo was the antithesis of formal musicality. The recording of Voodoo was completely unorthodox. Longing for a demo-like quality that was lost on Brown Sugar, he recorded the majority of the album in one take, assessing what to keep after playback. Songs materialized mostly out of jam sessions, with tracks like "Greatdayndamornin'" and "The Root" fastened together by engineer Russ Elevado.

What's most notable isn't just the way they recorded, but how they played. "[ Voodoo] revolutionized how acoustic instruments and live instruments could sound," guitarist Jesse Johnson said in Devil's Pie. "It was so anti-music industry, I loved it because even the hottest song, which was 'Untitled,' didn't have a title." Employing low kick drums and a standard 4-string bass guitar, Voodoo was a snarling whisper compared to its contemporaries. ?uest's drumming was modeled after J Dilla's signature style, "strip[ping] down to gutter bucket levels," or playing imprecise, as he often describes it.

Not only was the production richly textured, but so was the album's lyricism. The off-center drumming and distant vocals of "Chicken Grease" created a unique palette for his metaphors. Chicken, much like music, is best with the remnants of flavors the oil carries, and D'Angelo wanted listeners to taste that spice. "Simmer to a sizzle like the day of old / But I'll wait til I've mastered this, let the others go first," he sings. This notion of resenting perfection, and the sacrifices it demands, haunt him on other songs like "The Line": "I said the pressure is on / From every angle, political to personal," he sings. "Will I hang or get left hangin'? / Will I fall off, or is it bangin'?"

Despite his insecurities, Voodoo was a revolution. It was a middle finger to the establishment regarding the limitations placed on Black music, but it was also a means of healing.

The only problem was, his position as a newly minted sex symbol was compromising his morality, eventually becoming a distraction from his music.

Following "Untitled," D'Angelo concerts became a barrage of requests to see him shirtless, despite the gravity of the songs on Voodoo. He'd oblige, stripping down as quickly as 20 minutes into his set just to keep his fans satisfied. Performing became the type of bondage he sang about on "Devil's Pie," a track more hip-hop than R&B that was produced by DJ Premier. "The spirit of the vocals is more like a chain gang, or field of slaves, picking whatever the fuck master had us picking, and that's what we'd be singing in the hot fucking sun," he told Red Bull. Rattling off the strange things people do for money and lust, he does not exclude himself. "Who am I to justify / All the evil in our eye / When I myself feel the high / From all that I despise?" he sings. D'Angelo spent the next 14 years searching for the answer to that question.

To be Black and excellent means that you must be both at all times. There is rarely any room for error, and it's not enough to simply be brilliant—you have to be "twice as good." "Anything short of one's best is a divergent off the straight and narrow set up for us by whatever generation suffered before us—and a dishonor to what we owe them," Steven Underwood wrote for Essence. The talents of Sam Cooke, Otis Redding, Donny Hathaway, Jimi Hendrix, Marvin Gaye, and D'Angelo's peer J Dilla were eclipsed by their deaths. The idea that D'Angelo's fate could mirror those of his heroes paralyzed Michael Archer, and a personal downward spiral followed Voodoo.

Reborn in the era of Black Lives Matter, D'Angelo's long-awaited Black Messiah arrived in 2014 as a reaction to the murder of Michael Brown, an unarmed teen, by the Ferguson Police Department. Despite his third album being near-complete for almost two years, he had reservations about releasing it. "He wanted something that was more free-flowing, that more reflected anarchy and urgency and revolution," Jocelyn Cooper, who signed the singer in the 90s, told The New York Times. Everything he learned on his sophomore album was coming full circle.

When Voodoo was complete, D'Angelo revealed that his mission was to elevate the sounds of his favorite artists, rather than sample them. ?uestlove asked the singer, "So would you say that [the album] is that vision manifested?"

"Yeah… but not fully," D'Angelo said. "I feel like it's the beginning of it. We perfected it with Voodoo."