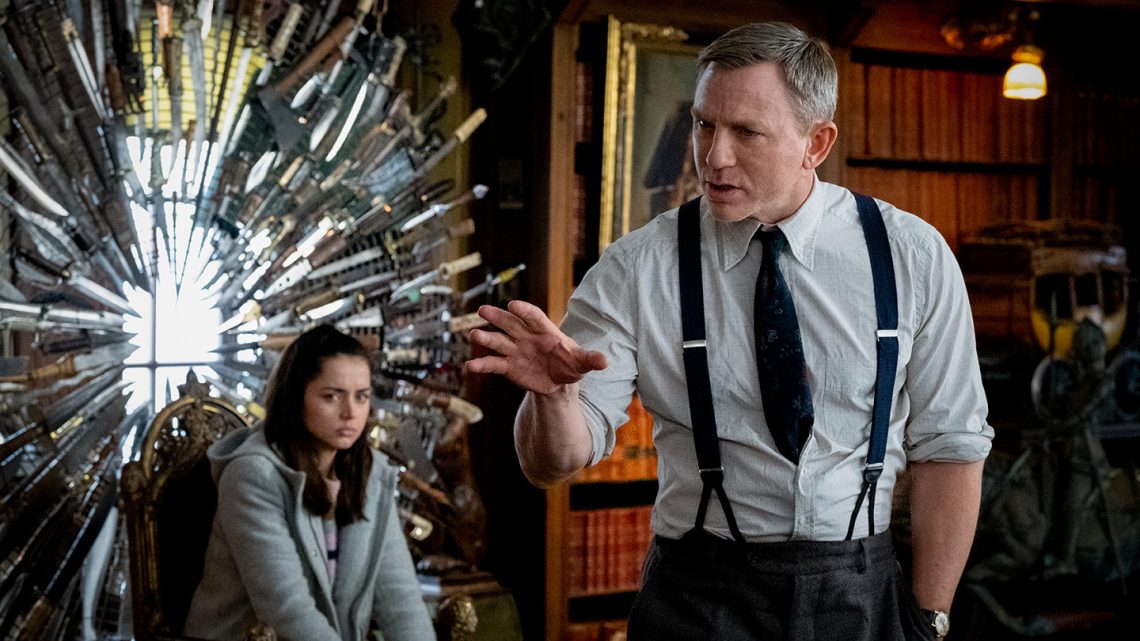 ‘Knives Out’ Is More Than a Clever Murder Mystery, It’s About Class

Spoiler Warning for Knives Out

Rob was gifted a ticket to watch 2015's breakout musical Hamilton, and left with many questions. Austin and Cado join him to discuss the legacy and fandom around Hamilton, and how each of them has had different trajectories with the musical. After the break, the crew gets into a spoiler filled discussion of Rian Johnson's Knives Out, how it toes the line between upholding and shifting genre conventions, and how expertly weaved this story of privilege and racism was told in the frame of a murder mystery. You can read an excerpt or listen to the full podcast below.

Austin: Cado, I'm curious for your take on this, because when we first brought this up, you were like, "we have to talk about this." Especially because of how the film deals with deals with race, and as you said, Marta is a Latina woman.

Ricardo: From what country?

Austin: In fact, right, one of the running gags–

Ricardo: Yeah, is that each time one of the family members brings up where she's from, it's a different South American country.

Austin: Yeah, which is to say–

Ricardo: That is how invested those people are in this person to whom they repeatedly say "oh, we'll take care of you. Don't worry, we've got your back". But when the tables are turned, they realize that that connection is not really there, because she is not going to have their backs ever.

Austin: Well, she's not going to have their back ever explicitly because of their treatment, right?

Austin: I mean, actually, she totally would have had their backs.

Ricardo: Maybe! She was she seems like a nice person.

Austin: Right, where she would've been like "Yeah, of course, you can have the publishing, you can keep working at a publishing company. Of course your daughter can keep going to school. I'm not going to bankrupt this family overnight."

Ricardo: But as they slowly reveal deeper and deeper [prejudice], [the movie becomes about] how far people will go in general to survive, and all the different reasons that they need to. Martha needs it to survive, because that is her actual livelihood, given different socio-economic reasons that is the job she's ended up in, it's a job that ends up in the hands of immigrants often.

But the family needs this inheritance because they've all, and this is a thing that comes up again and again, it lays bare privilege, [the movie seems to say] "by the way, if you don't know how privilege works, this is sometimes literally how it works, but also here's kind of a metaphor for privilege." They all need this money from their father in order to continue these businesses that supposedly they're running but–

Austin: These mediocre lives basically right? Like they're not striving, they are not successful folks outside of–

Ricardo: Right, they think they are and it's made clear that they actually aren't, because he can, and has started even before the the suicide happens, cut them off or threaten that he's [going to cut] them off. Which becomes later the motivation for *******'s character to plot the whole thing; he's the one that knows that everyone's getting cut off.

It's about, like Rob was saying earlier, [the idea that] they "deserve" this, that this is their "right." There's a joke made about the home, about it being their family's "ancestral home" and I forget the exact quote, but it's like brought up that actually–

Rob: Benoit says they bought it from a Pakistani real estate lawyer in the 80's!

Rob: I think one of the other things that is happening with this family is Harlan himself bears some responsibility for this. I think one of the other things that's running though is the way that wealth and privilege kind of twists people, right? Harlan is cutting this whole family off, but this is after a years of letting their dependence on him build, right? There's a great scene between him and Michael Shannon, as he tells Walt that Walt is not going to be the head of the publishing empire anymore.

You see Michael Shannon, and this is just hitting [hard, he looks] like a kicked dog in some ways. Walt might be shitty, he might be greedy, he might be selfish, he's also someone who really liked working with his dad, and really just wanted to make his dad happy and proud in some ways and show that he can do something, too. It's a much more sympathetic like Fredo-type figure in some ways. It's a brutal thing Harlan does the night before he dies, right? He brings the hammer down on all these people, they deserve it to varying degrees, and as the movie unfolds, they certainly reveal their true colors.

I think one of the right one of the things that really brings out the Get Out association for me is almost all of these characters when they see Marta says the same thing. "I thought you should have been at the funeral, but I was outvoted." In the structure, in the framing, it calls to mind Get Out's "I'd have voted for Obama a third time if I could've." It's always the sort of allusion to "Oh, I would have I would have done something but you know, it's just like that sometimes. And obviously it wasn't me, but other people chose to go a different direction."

Everyone says that, and you realize someone is lying, because they all think she should have been there, and yet she wasn't invited to the funeral. And so I think there's two themes here. In some ways, this family is deeply prejudiced and blind to Marta's humanity, they're also very much a group of people who have been shaped and warped by the privilege that has been granted to them.

Austin: It's worth noting here too, one of the most interesting things about the setup is that the different members of the family will all be able to sustain their lives after this to differing degrees. Jamie Lee Curtis' character, Linda, is a real estate mogul, is rich on her own, runs a business that is successful.

Rob: Yeah, but she got millions dollars in seed money, from Harlan.

Austin: Of course! But she will sustain herself, she will she will power through this, or would have. And yet, going into the turn where Marta ends up being the one who gets the inheritance, maybe you suspect "Oh, the family's gonna be cut in different ways here. You have the people who will be able to live through it and they like Martha, and they seem like they're progressive, and maybe they'll side with her."

No. No, they all turn inwards, and suddenly suddenly the fact that there is the Nazi grandchild in one corner and the progressive, Tumblr-using granddaughter on the other doesn't matter. It's all of us together as this this big, strong, rich white family, we have to have what is ours.

And then the second part of it, to go back to what you were just saying, the sort of "if I could have done it, I would have done more." Even Harlan is guilty of this. He could have given Marta money when he was alive. Instead he worked her into the will. He had no plans of dying, there was no secret "and then I'm going to I'm going to kill myself."

Ricardo: "So you get this money now."

Austin: "So you get this money." No! He could have just done that, right? He could have absolutely. I can imagine someone going "well, maybe he was going to do that." The film would have told us if that was his plan, I promise you that would have been raised. And instead we have even him having this this failure, right? Even he is only thinking about these things in abstract terms, in the sense that a will can be very material thing but also very abstract, like "Alright, when I'm done, the people I care about will be taken care of."

Rob: "I have no need of this anymore."

Manufacturing Has Peaked This Economic Cycle

Inside Country Radio’s Hidden, Sexist Policies That Keep Female Artists Off the Air