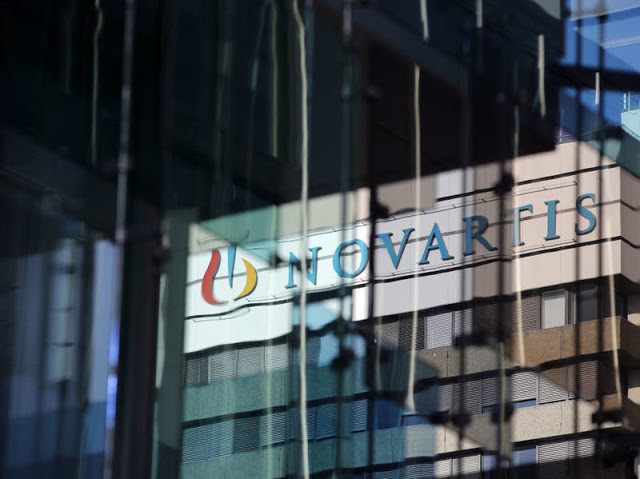 January 9, 2020 Off By Land Destroyer
January 9, 2020 (Gunnar Ulson - NEO) - There are very few who have yet to come to the realization that Western pharmaceutical corporations and the health care systems they have created, control, manipulate and exploit represent not only a particular pinnacle of corruption, but also threaten rather than preserve the health of the many millions who fall within their reach.

They not only threaten the West by undermining what should be otherwise healthy and thriving populations, but their tentacles reach deep into Eurasia, South America, Africa and beyond.

Pharmaceutical corporations, or big-pharma, have been embroiled in one scandal after another from everything including rigging research trials and efficacy studies, to peddling dangerous medications to children.

Some of the largest Western pharma corporations on the planet have been caught in multinational multi-billion dollar bribery rackets.

American pharmaceutical giant Pfizer Inc. and its subsidiary Pharmacia & Upjohn Company Inc. (hereinafter together "Pfizer") have agreed to pay $2.3 billion, the largest health care fraud settlement in the history of the Department of Justice, to resolve criminal and civil liability arising from the illegal promotion of certain pharmaceutical products, the Justice Department announced today.

Pfizer would be caught up in similar criminal proceedings around the planet, with the Washington Post in its article, "Pfizer agrees to pay $60M to settle foreign bribery case," admitting:

Pfizer Inc. agreed Tuesday to pay $60 million to settle charges alleging that some of its foreign subsidiaries bribed doctors and health-care officials in order to gain regulatory approval for the company’s drugs and boost sales in those countries.

British pharmaceutical giant GSK would also be caught in a massive bribery racket. The New York Times in its article, "Drug Giant Faced a Reckoning as China Took Aim at Bribery," would claim:

The Glaxo case, which resulted in record penalties of nearly $500 million and a string of guilty pleas by executives, upended the power dynamic in China, unveiling an increasingly assertive government determined to tighten its grip over multinationals. In the three years since the arrests, the Chinese government, under President Xi Jinping, has unleashed the full force of the country’s authoritarian system, as part of a broader agenda of economic nationalism.

GSK's bribery racket in China wasn't merely an isolated incident for the company. It has been engaged in rampant and dangerous corruption for years and across various continents.

The London Guardian would report in its article GlaxoSmithKline fined $3bn after bribing doctors to increase drugs sales that:

The pharmaceutical group GlaxoSmithKline has been fined $3bn (£1.9bn) after admitting bribing doctors and encouraging the prescription of unsuitable antidepressants to children. Glaxo is also expected to admit failing to report safety problems with the diabetes drug Avandia in a district court in Boston on Thursday.

The company encouraged sales reps in the US to mis-sell three drugs to doctors and lavished hospitality and kickbacks on those who agreed to write extra prescriptions, including trips to resorts in Bermuda, Jamaica and California.

In early 2014, the London Telegraph would report in its article, "GlaxoSmithKline 'bribed' doctors to promote drugs in Europe, former worker claims," that:

GlaxoSmithKline, Britain’s largest drug company, has been accused of bribing doctors to prescribe their medicines in Europe.

Doctors in Poland were allegedly paid to promote its asthma drug, Seretide, under the guise of funding for education programme, a former sales rep has claimed.

Medics were also said to have been paid for lectures in the country which did not take place.

The Pfizer and GSK cases tell us that massive corruption isn't isolated to a single incident or even a single pharmaceutical corporation but is a norm across the entirety of Western big-pharma.

In many ways, Western big-pharma represents drug dealers in lab coats armed with massive lobbying resources, public relations and marketing departments to create the illusion of legitimacy where in reality, and as revealed by a trail of massive scandals, no legitimacy actually exists.

But as bad as bribing doctors and pushing dangerous drugs onto children may seem, Western big-pharma is so much worse.

Dangling Life Over the Dying

Headline-grabbing scandals emanating from big-pharma happen so often and on such a scale that the general population seems desensitized to them. The fact is the very corporations for some reason charged with the research, development, manufacturing and distribution of life-saving medications are apparently run by criminals who enjoy near impunity hasn't registered as the human healthcare crisis that it truly is.

But there are other, far worse rackets big-pharma is working on that illustrate the true depravity of not only the pharmaceutical industry itself, but of Western academia, Western healthcare professionals and of course the Western mainstream media, all of whom play a role in perpetuating or excusing well-known scandals as well as well-hidden scandals.

Gene therapy represents a paradigm shift in human healthcare. Rather than using pharmaceuticals to treat a condition, gene therapy alters the very DNA of a patient and cures them permanently at the very source of the disease or condition a patient suffers from.


For example, the deadly blood cancer leukemia has been cured by adjusting the DNA of human immune system cells. The newly programmed cells can detect and destroy leukemia and place a patient into permanent remission. The initial trials were carried out on patients who had failed to respond to approved forms of therapy and who would have otherwise died had the gene therapy not worked.

What's more incredible about gene therapy is that it is administered once and continues to work throughout a patient's life. This is because as the reprogrammed cells copy and divide themselves, they also copy the new DNA code included in them to find, fight and eliminate leukemia.

For a patient suffering from a deadly disease, the notion of a single infusion curing their condition permanently is a miracle of modern medicine.

For a profit-driven pharmaceutical industry, the notion of permanently curing a disease with a single infusion that is cheaper than conventional and less-effective therapies is a nightmare.

This is why gene therapy developed by charity and a medical team from Pennsylvania University led by Dr. Carl June that literally cured leukemia was bought up Norvartis and a massive price tag slapped on it to ensure the breakthrough remained unrealistic and out of reach to most patients.

The New York Times in a 2012 article titled, "In Girl’s Last Hope, Altered Immune Cells Beat Leukemia," reported on this impressive breakthrough made by charity-funded research and development, claiming (my emphasis):

Dr. June said that producing engineered T-cells costs about $20,000 per patient — far less than the cost of a bone-marrow transplant. Scaling up the procedure should make it even less expensive, he said, but he added, “Our costs do not include any profit margin, facility depreciation costs or other clinical care costs, and other research costs.”

Yet by July 2017, the Washington Post in its article, "First gene therapy — ‘a true living drug’ — on the cusp of FDA approval," would note Novartis buying out the gene therapy and reported on its pricing that:

Novartis has not disclosed the price for its therapy, but analysts are predicting $300,000 to $600,000 for a one-time infusion. Brad Loncar, whose investment fund focuses on companies that develop immunotherapy treatments, hopes the cost does not prompt a backlash. “CAR-T is not the EpiPen,” he said. “This is truly pushing the envelope and at the cutting edge of science.”

This pattern of big-pharma buying-out and jacking up prices has impacted gene therapies of every kind. Big-pharma has snatched up one government or charity-funded project after another, raising prices to ensure they remain out of reach of dying and desperate patients, and their other, much more profitable products, remain the only "viable" choice for the vast majority of the population.

This is an illustration of everything right and wrong about the West at the moment.

There is an incredible capacity in the West for innovation and improving life on this planet, yet it is so walled-in by corrupt, deeply entrenched and apparently unopposed monopolies that it has no means of ever doing so.

Newspapers like the NYT and Washington Post are complicit, having previously reported on the true costs of these breakthroughs and then presenting their buy-out and mark-ups as reasonable and "commonsense" to unsuspecting readers.

Universities, academics and healthcare professionals, likely the benefactors of either coercion or bribery, bribery we know comes as second nature to big-pharma, also impede the alarm being sounded to not only the danger big-pharma is putting current human healthcare in, but what big-pharma is denying people who need treatment and cures the most.

For the rest of the world, a healthy population is key to economic, political and military success. Keeping an industry as corrupt and as dangerous as Western big-pharma as far away as possible seems like it should be a key pillar in any nation's national defense strategy.

Australia is Burning: Blame the Greens and the Arsonists