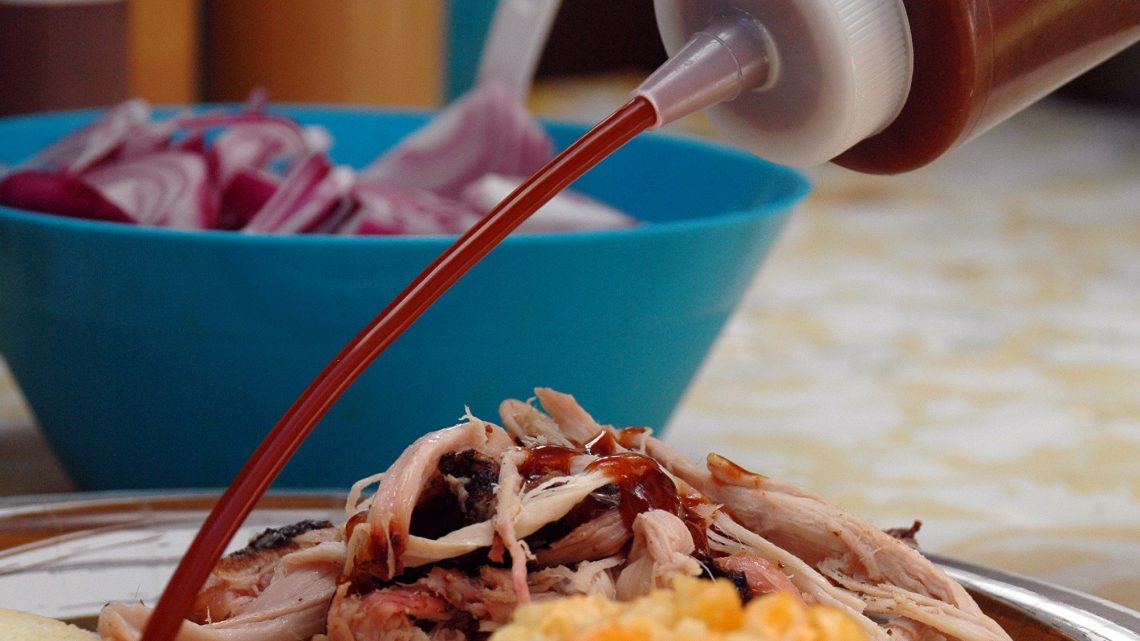 January 6, 2020 Off By Jelisa Castrodale

Get Sauced, an independent, family-owned barbecue and hot sauce company, makes almost two dozen different sauces, along with dry seasonings, rubs, and dips. "These are the best BBQ sauces and glazes on the market," the Edmonton, Alberta business claims. "These are premium-grade sauces that complement and enhance the dishes you are creating."

Premium grade or not, one Canadian man says a bottle of Hickory BBQ Sauce makes a shit Christmas gift—and it makes for an even shittier reason to get fired. Hussien Mehaidli had worked as a general manager for Fastenal, a Minnesota-based fastener distributor, for the past six years. And for five straight holiday seasons, he said that the company gave all of its American and Canadian employees a gift box that contained cookies, candies, and beef jerky.

"We always really appreciated that,” Mehaidli told CTV News. And although this year, the Americans tore into that same box of snacks, Canadian workers like Mehaidli received something different: one $5.99 ($4.60) bottle of Get Sauced Hickory BBQ sauce, and a company-logo wooden barbecue scraper.

Mehaidli was confused at first—December isn't exactly outdoor grilling season in British Columbia where he lives—and then he just got pissed off. "I work really hard. We get pushed really hard to reach our sales goals,” he said. “I felt I gave this company so much and I felt really disrespected when I was given barbecue sauce as a holiday gift."

So he posted a picture of the sauce on his anonymous Twitter account, and called out both the Canadian and American Fastenal accounts. "What kind of multi billion dollar company gifts it's [sic] Canadian employees barbecue sauce as a holiday gift? Yet the USA employees stuff their face with an actual holiday gift box," he wrote.

According to CTV, he also decided to drag the CEO, whose enclosed letter suggested that Fastenal's workers could “share something" from the gift box. "SHARE WHAT??!! MY BARBECUE SAUCE??" he wrote. "To every Canadian Fastenal employee I am sorry we all had to go through this."

A day later, Mehaidli's manager called him... and addressed him by the name on his supposedly 'anonymous' Twitter account. The manager told him to delete the tweet, which he'd already done. (As of this writing, Mehaidli seems to have deleted all of the tweets sent from his account.) On December 30, the manager called him again to tell him that his time at Fastenal was over, and that he'd been fired for violating the company's "standards of conduct policy."

Mehaidli says that he wasn't offered any severance, and the company just issued his last paycheck, cashed out his unused vacation days, and gave him $751 in commission. "I believe I was done very, very dirty," he said.

On Twitter, there were mixed responses to Mehaidli's termination, although even people who thought he should've shut up and put the barbecue sauce on his shelf said that Fastenal wasn't blameless either. "Don't blame him for complaining, especially when Canadians were treated differently than their American counterparts," one man wrote. "#FASTENAL comes of [sic] as pretty cheap when it comes to gifts to Canadians, deplorable for their response to being called on it."

Another added that it would be "better that no one get a gift than for gifts to be unequal and/or tokenish." (And a special shoutout to the woman who said that "going to tweeter [sic] was just plain wrong.")

Meanwhile, Get Sauced wants everyone to know that it's not the company that fired Mehaidli. "We just want to let everyone know that we had nothing to do with the firing of the gentleman involved and we wish the best outcome for everyone involved," it wrote on Facebook. "We just made the delicious BBQ sauce for this great giveaway. Thank you to all of the people who have supported us in our journey as a small Canadian family run company."

They probably should've thanked Fastenal's HR department for giving them a ton of free publicity too. Weird publicity, but it still counts.