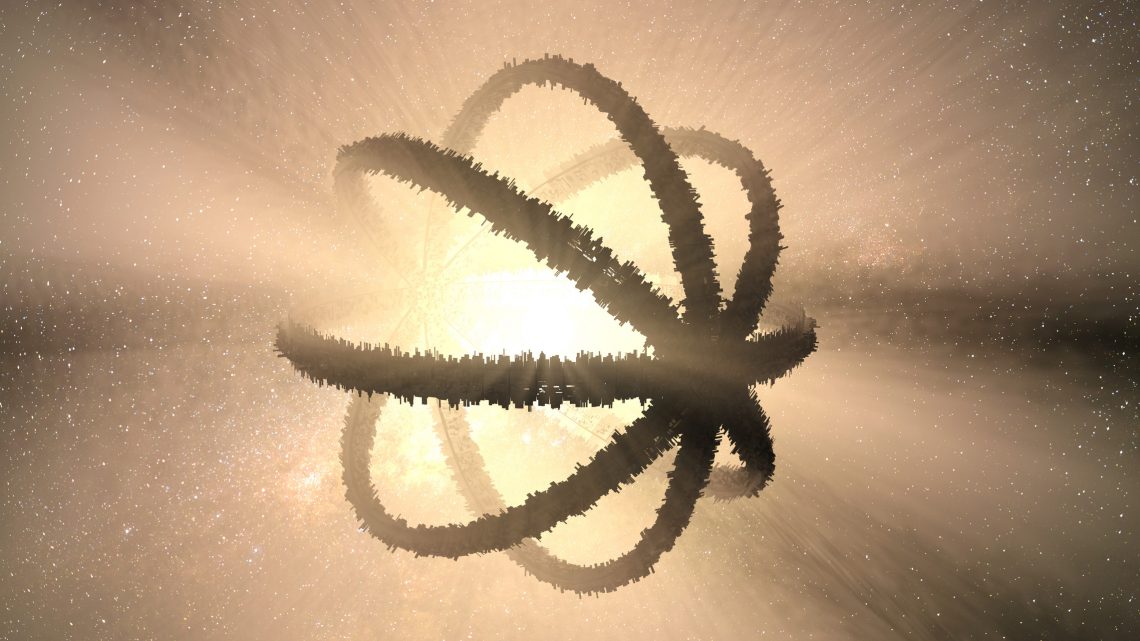 Physicist Proposes Turning the Sun Into a Gigantic Engine

Our planet is sometimes referred to as “Spaceship Earth,” a nickname meant to emphasize our role as stewards of a finite and fragile home world. Now, a physicist has taken this metaphor to the next level with new research into giant hypothetical machines with the power to move full star systems.

Matt Caplan, an astrophysicist at Illinois State University, published a recent paper in the journal Acta Astronautica, which was developed in collaboration with Kurzgesagt, a science education YouTube channel that dramatized Caplan’s work in an animated video.

The paper outlines two “stellar engine” concepts. The first is a giant solar sail that builds on the “Shkadov thruster,” a design proposed by Russian physicist Leonid Shkadov in the 1980s. The second is a complex thermonuclear reactor powered by a Dyson sphere, which is a hypothetical type of massive power plant that feeds off of stars.

These engines could harness the energy of stars for propulsion, enabling them to steer entire stellar systems away from catastrophic hazards like supernovae, or toward promising opportunities such as potentially habitable systems.

While stellar engine concepts have been around for several decades, Caplan set out to constrain the parameters of such machines, including their speed, maneuverability, and the type of detectable signals they might produce.

Aside from rough sketches and conjectures, nobody had yet made the effort to “do the math” behind these star-moving technologies, Caplan said in a phone call. “That’s the new result of the paper,” he added. “What exactly is possible if you have a Dyson sphere and you want to use it to drive a jet to push a star around?”

While a Dyson sphere is necessary for the reactor concept, the solar sail design relies solely on an enormous parabolic mirror that converts starlight into motion. As photons from the star bounce off the mirror, momentum is generated, allowing the star system to move about 100 light years over 230 million years.

The solar sail has the advantage of simplicity—for a megastructure concept, that is—but it would probably be too slow to dodge a supernova. Also, in our own solar system, the sail would need to cap one of the Sun’s poles to prevent sunlight from becoming amplified into a death ray that incinerates Earth and other worlds, or getting blotted out entirely. As a result, this engine could only push the solar system in the direction of the Sun’s poles.

Caplan’s second proposed stellar engine, a thermonuclear driven jet, overcomes some of these pitfalls. The core of the design is a fusion reactor fueled by energy harvested from the host star. Some of this energy could be collected from the solar wind, a stream of charged particles emitted by stars. But to really hit the gas, the engine would need a Dyson sphere to redirect starlight back to a star’s surface, which would cause temperature spikes and huge ejections of helium and hydrogen.

The spacecraft would use the helium to fuel the thermonuclear reactor, which in turn powers a high-energy jet used for propulsion. Meanwhile, another jet made of the runoff hydrogen would shoot into the stellar surface, stabilizing the engine at a safe distance and allowing it to literally push the star forward.

This type of engine could travel about 50 light years in just a million years, much faster than the solar sail, and would potentially permit travel not only to other stars, but other galaxies.

As cool as these concepts are, they are far beyond the current technological capabilities of humans, and scientists have never detected signs of this kind of advanced engineering elsewhere in the universe.

“The thing that physics says should be possible is only an absolute upper limit,” Caplan said. “There might be other engineering or practical limitations that prevent really good sci-fi technologies from actually being realized, not just by humans but by any advanced civilization.”

That said, the hypothetical megastructures do provide a speculative roadmap of how humans could one day navigate the cosmos. They also allow scientists to make educated guesses about the type of detectable signals we might expect star-hacking aliens to produce, such as infrared radiation from harvested stars.

For now, scientists will keep looking for signs of stellar engines, and other megastructures, though it may be too early in the universe’s lifespan for such advanced technologies to have flourished.

“Maybe there are civilizations that have succeeded in building Dyson spheres and all this other fun sci-fi stuff, but they have yet to—even with exponential growth—fully take over galaxies,” said Caplan.

Fox News Is Absolutely Loving This

What Exactly Is a ‘Raddix’?