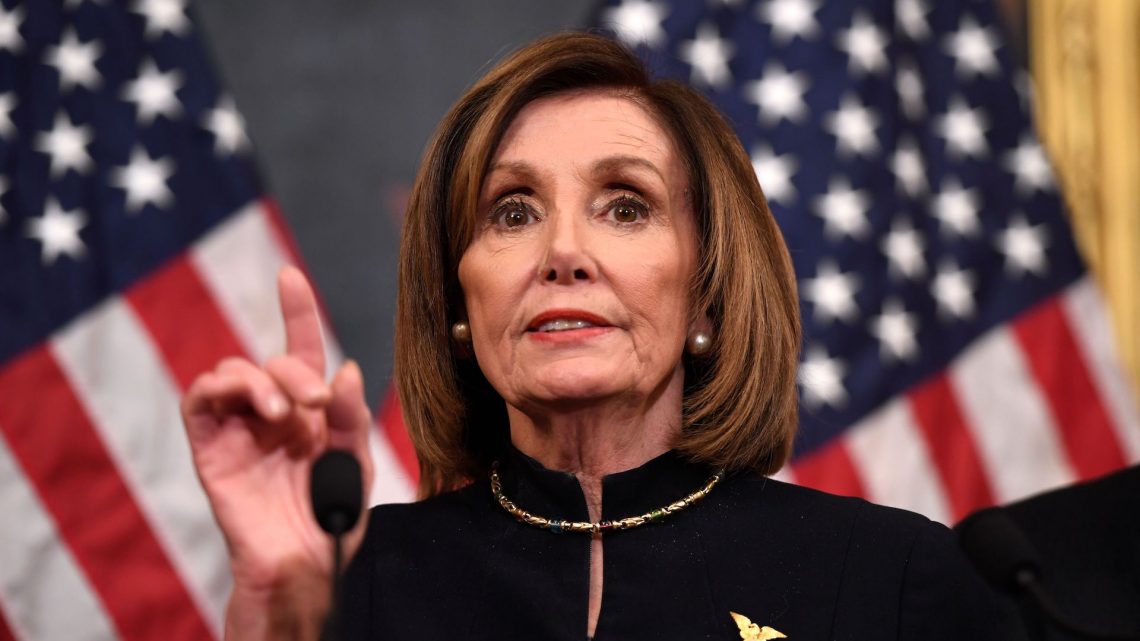 WASHINGTON — Minutes after the House voted to impeach President Trump, House Speaker Nancy Pelosi (D-Calif.) dropped a bombshell: She won’t send the articles of impeachment to the Senate until she feels they’ll get a fair hearing on the other side of Capitol Hill.

“We have legislation approved by the Rules Committee that will enable us to decide how we will send over the articles of impeachment,” Pelosi announced in a Wednesday night press conference. “We cannot name [impeachment] managers until we see what the process is on the Senate side.”

The move could delay a Senate trial — and is a move by House Democratic leaders to try to leverage their power to force Senate Majority Leader Mitch McConnell (R-Ky.) to make concessions on how the trial will be run.

McConnell has been explicit that his only goal is to help Trump and the GOP, declaring on Tuesday that he’s “not an impartial juror” shortly after saying he was coordinating directly with the White House on impeachment strategy.

McConnell has refused Democrats’ demand to call witnesses in the Senate trial — a major departure from the bipartisan process embraced by the Senate during President Clinton’s impeachment trial. And he’s pushed to try to get through the impeachment trial as rapidly, with as little fanfare, as possible.

Pelosi’s move could help Democrats pressure McConnell to change his tune. But it also took a day that had been focused heavily on the bevy of evidence that Trump pressured Ukraine to investigate his political foes and made her closing comments about process, a muddled fight Republicans would much rather have.

House Democrats had been talking in recent days about taking this unprecedented step after a historic vote on impeachment — this has never been done before. It remains to be seen which side this benefits.

Cover: U.S. Speaker of the House Nancy Pelosi holds a press conference after the House passed Resolution 755, Articles of Impeachment Against President Donald J. Trump, at the US Capitol in Washington, DC, on December 18, 2019. (Photo by SAUL LOEB/AFP via Getty Images)

Trump Got Impeached While Holding a ‘Merry Christmas’ Rally