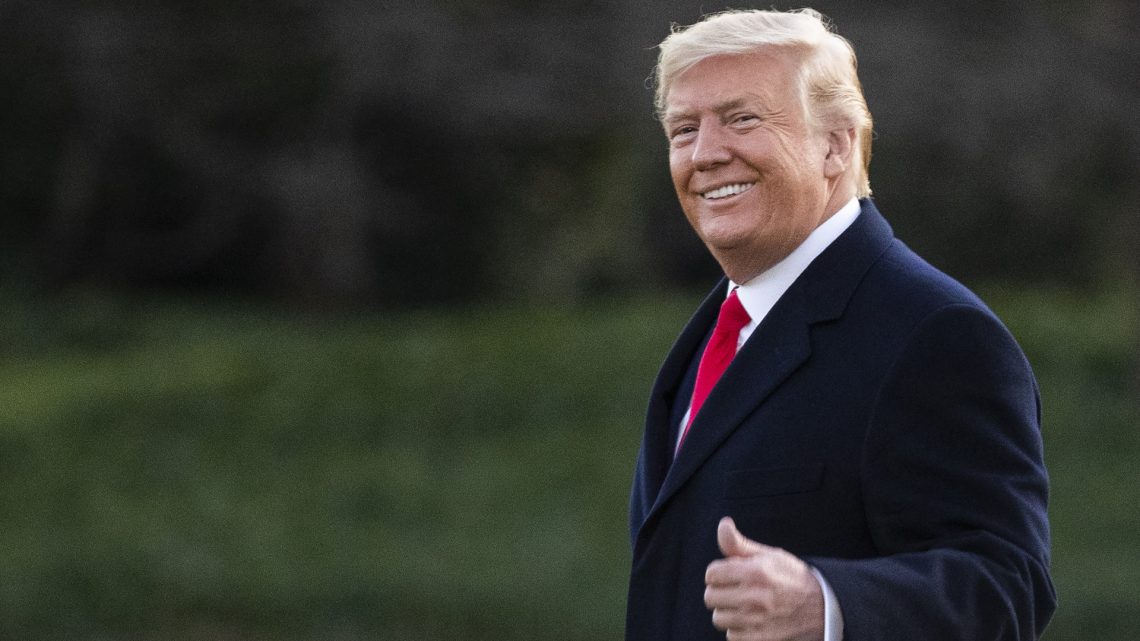 Trump became just the third president in U.S. history to face that constitutional rebuke on Wednesday evening as House Democrats moved to prevent what they describe as his continuing assault on American democracy.

“The president is an ongoing threat to our national security and the integrity of our elections — the basis of our democracy,” House Speaker Nancy Pelosi (D-Calif.) said as she opened debate on the House floor on impeachment earlier in the day.

The House passed the first of two articles of impeachment — abuse of power — shortly after 8:30 p.m. by 230-197 a mostly party-line vote that broke along the deeply polarized fissure dividing both Congress and America. No Republicans backed impeachment, while just two Democrats opposed it — including one who plans to switch to the GOP in the coming days. Rep. Tulsi Gabbard (D-Hawaii), who's running for president in 2020, voted “present.”

A few minutes later, the House passed the second article — obstruction of Congress — by a near-identical margin, 229-198. The only member who split on the two votes was Rep. Jared Golden (D-Maine).

Now, the Senate will hold a trial and vote on whether to remove Trump from office, though the exact timing and process still need to be established. The GOP-controlled chamber is expected to acquit Trump of the charges, as there are no signs that 67 senators might consider voting to remove him under any circumstances.

But House Democrats opted to withhold a vote appointing their impeachment managers until they could establish that the Senate would hold what they deemed a “fair trial,” as Pelosi said after the vote.

“We cannot name managers until we see what the process is on the Senate side,” she said. “So far, we haven’t seen anything that looks fair to us."

Trump stands accused of using the power of his office to try to boost his reelection chances and of obstructing Congress’s constitutionally authorized powers of investigation to cover up his actions.

On a July 25 phone call with Ukraine’s president, Trump asked to “do us a favor, though” and requested investigations into former Vice President Joe Biden, his likely 2020 opponent, as well as support for a conspiracy theory that claims Ukraine targeted Trump in the 2016 election and Russia didn’t seek to boost him.

To get what he wanted, Democrats argue, Trump effectively sold Ukraine out to Russia.

READ: Republicans Are Now Comparing Impeachment to Pearl Harbor, the Trial of Jesus, and the Salem Witch Trials

For months, the president withheld a White House meeting that Ukraine’s president badly wanted. And when that didn’t work, he held up $391 million in congressionally approved military aid to Ukraine, a country stuck in a grinding conflict with Russia-backed separatists on its eastern border in which 14,000 people have died. The funds were only released after Congress got wind of his pressure campaign.

Then, when Democrats tried to investigate what happened, Trump issued a blanket order that no one in his administration should cooperate, an unprecedented effort to stonewall Congress. Democrats took that resistance and bundled it into a second article of impeachment: obstruction of Congress.

“Donald J. Trump sacrificed our national security in an effort to cheat in the next election. And for that, and his continued efforts to seek foreign interference in our elections, he must be impeached," House Intelligence Committee Chairman Adam Schiff (D-Calif.) said.

House Democrats made sure to strike a somber note during the day’s lengthy proceedings. Pelosi wore all black, a funeral uniform replicated by many of her members. They spoke in measured tones about the gravity of the situation. They warned of the damage Trump had done — and could continue to do if he’s not stopped. When a few Democrats began cheering after the first article of impeachment passed, Pelosi gestured admonishingly for them to knock it off.

The president and his party took a different tone.

“SUCH ATROCIOUS LIES BY THE RADICAL LEFT, DO NOTHING DEMOCRATS. THIS IS AN ASSAULT ON AMERICA, AND AN ASSAULT ON THE REPUBLICAN PARTY!!!!” Trump tweeted Wednesday afternoon.

That tweet, one of dozens Trump sent throughout the day, came just minutes after White House Press Secretary Stephanie Grisham said he was “working all day” and “could catch some of the proceedings between meetings.”

Trump’s disciples in the House echoed his remarks while lambasting Democrats, at various points comparing Trump’s impeachment to Pearl Harbor, the Salem Witch Trials — even the trial of Jesus Christ.

“When Jesus was falsely accused of treason, Pontius Pilate gave Jesus the opportunity to face his accusers,” Rep. Barry Loudermilk (R-Ga.) said on the House floor. “During that sham trial, Pontius Pilate afforded more rights to Jesus than Democrats have afforded this president in this process.”

A furious Gohmert began yelling across the floor, demanding that Nadler’s remarks be stricken from the record. Later, when House Majority Leader Steny Hoyer (D-Md.) said Democrats “did not choose this impeachment,” one Republican lawmaker yelled “oh come on,” as others booed. House Judiciary Committee Ranking Member Doug Collins (R-Ga.) similarly got heckled be Democrats as he attacked his colleagues from across the aisle shortly before the vote was called.

Cover: President Donald Trump leaves the White House for a campaign trip to Battle Creek, Mich., Wednesday, Dec. 18, 2019, in Washington. Trump is on the cusp of being impeached by the House, with a historic debate set Wednesday on charges that he abused his power and obstructed Congress ahead of votes that will leave a defining mark on his tenure at the White House. (AP Photo/Manuel Balce Ceneta)

Idiotic Idea of the Day: End Homelessness As We Know It

Trump Got Impeached While Holding a ‘Merry Christmas’ Rally