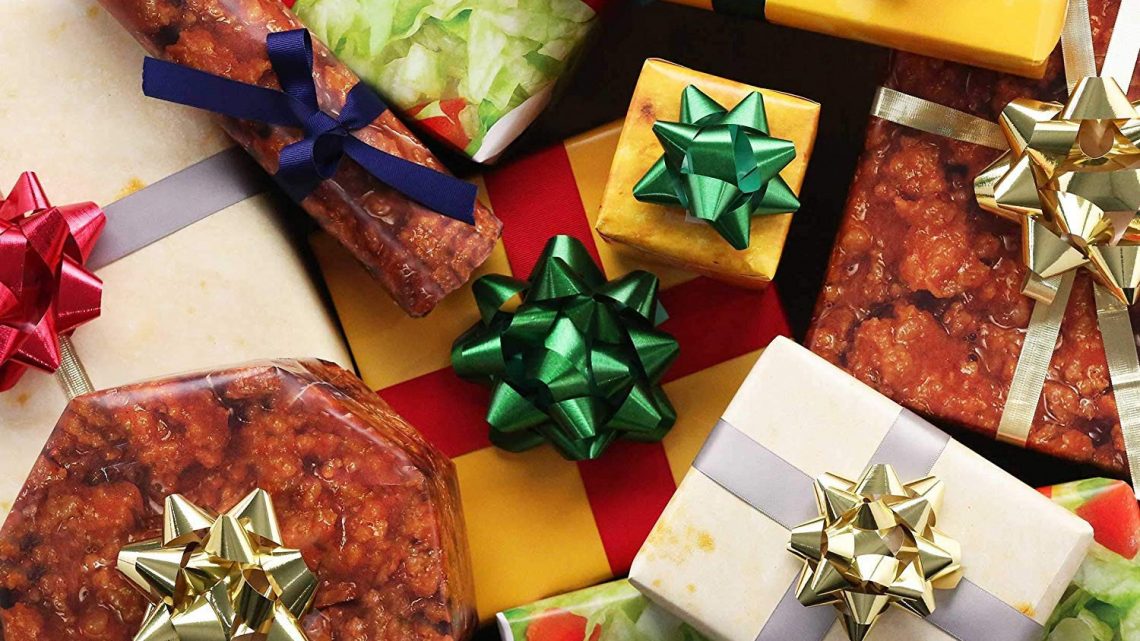 December 6, 2019 Off By Jelisa Castrodale

This is the time of year when most people start frantically Googling "how to wrap a present," because no one wants to watch their grandma struggle with an impenetrable wad of Scotch tape and stick-on bows. (Not again, 'cause last year was heartbreaking.)

And although you might learn how to curl ribbon, how to ensure the paper has the perfect crease, and how inept you are at all of that, none of the video tutorials really mention whether or not the package should smell like seasoned beef or not.

Despite what the experts do (or don't) say, Taco Bell Canada clearly thinks that the best presents are the ones that smell like they've just come out of a drive-thru window. For the second year in a row, the chain has released an ultra-limited edition wrapping paper, which has been printed to look like the ingredients in its Crunchwrap Supremes. This year, though, the paper smells like Crunchwraps, too.

"Our CrunchWrapping Paper was a huge hit last year, selling out in just a few days, so we wanted to bring it back again this holiday season but take it one step further by adding the unique Triple Double Crunchwrap scent," Veronica Castillo, the Head of Marketing at Taco Bell Canada, said in a statement. "Long gone are the days of shaking your presents under the tree—this holiday season Taco Bell fans and foodies across Canada will be smelling their presents instead with Scented CrunchWrapping Paper."

The wrapping paper went on sale in Taco Bell Canada stores, and through Amazon.ca earlier this week, but the online inventory has already sold out. ("The actual paper was incredibly detailed and felt very premium," one of last year's paper purchasers wrote. "The graphics were all very crisp, and this didn't look cheap at all.")

KFC also brought back its own 11 herbs and spices-scented firelog for another holiday season. "Once again you can fill your home with the warmth of a fire that spreads the mouth-watering aroma of Colonel Sanders’ secret recipe," the company wrote. "Order one today, and you’ll be wondering how you were ever able to enjoy a fire that didn’t smell like fried chicken."

The limited-edition, 100% recycled materials, 100% flammable firelogs were available through Walmart.com—and they're already out of stock, too.

Shit. It sounds like you're just gonna have to set fire to a bucket of KFC Extra Crispy, and slip an actual Crunchwrap into whatever package you're about to wrap. Just don't forget to curl the ribbon; that's apparently as crucial as the ground beef smell.