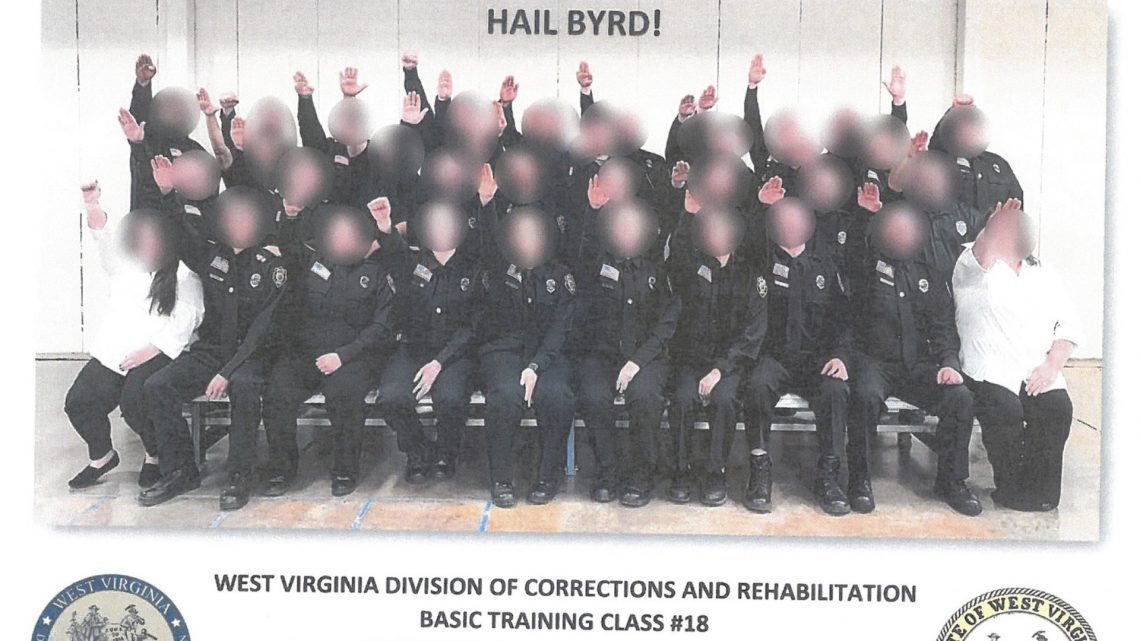 Dozens of corrections officers in West Virginia posed for a photo in uniform while doing a nazi salute, and state officials are moving swiftly to contain the fallout.

So far, a handful of the individuals in the photo — which was published on state letterhead — have been suspended while the incident is under investigation, although Gov. Jim Justice has ordered the firing of everyone determined to have participated.

“I condemn the photo of Basic Training Class #18 in the strongest possible terms,” Justice said. “This will not be tolerated on my watch.”

The caption on the photo, which was released Thursday afternoon, reads “Hail Byrd!” a reference to the training class’ director, a spokesperson for the governor’s office told the Charleston Gazette-Mail. The training took place between Oct. 21 and Nov. 27. It's not clear whether the individuals in the picture were certified officers undergoing routine training, or whether they were trainees.

In the copy of the photo provided to VICE News, the trainees’ faces are blurred out. It’s unclear how the photo came about or how West Virginia officials found out about it.

Secretary Jeff Sandy from the Department of Military Affairs and Public Safety, who’s investigating, announced that several trainees had been suspended, and called the photo “distasteful, hurtful, disturbing, highly insensitive and completely inappropriate.”

Sandy added that the commissioner of the Department of Corrections had ordered that all hard copies of the photo be destroyed. He added that he’d informed local faith leaders about the incident and asked for their help about how best to address it.

Uber Office Has Nice Port-a-Potties for ‘Employees Only,’ Inferior Ones for Drivers

France Grinds to a Halt in Massive Strike