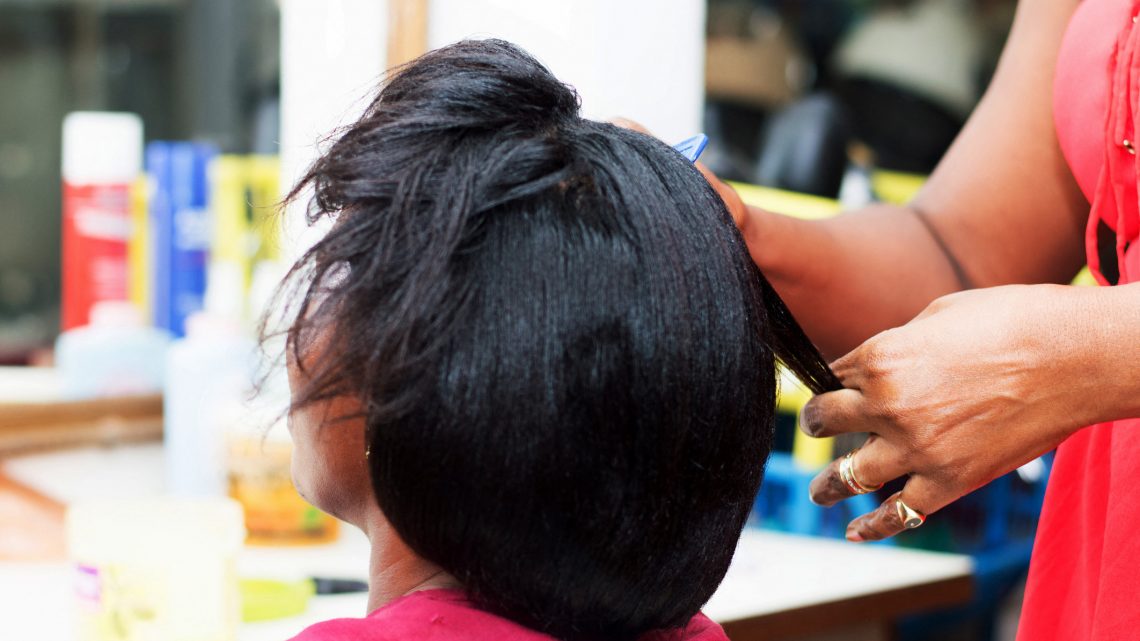 New research from the National Institutes of Health (NIH) has found that the use of permanent hair dye and chemical hair straighteners were positively associated with higher rates of breast cancer. That increased association is most pronounced among Black women, most likely due to the fact that the products they typically use contain more hormonally-active compounds that can disrupt endocrine function and lead to the formation of breast cancer cells. On top of that, Black women use these hair products more frequently than women of other races and are therefore further exposed to the harmful chemicals, according to the study, which was published in the International Journal of Cancer on Wednesday.

Between 2003 and 2009, the study's researchers studied health data from 46,709 women between the ages of 35 to 74, all of whom had at least one sister who’d been diagnosed with breast cancer, but who had no history of breast cancer themselves. The study was adjusted for a handful of factors—age, menopausal status, race, ethnicity, education, BMI, smoking history, oral contraceptive use, and age of first birth—and the researchers came to the same conclusion: That women who regularly used permanent hair dye were associated with a greater rate (by 9 percent) of breast cancer, compared to those who didn’t use hair dye.

The researchers suspect the link between hair dyes and chemical straighteners and an increased association of breast cancer can be traced back to the toxic ingredients in hair products that we inhale and absorb through our skin during use (many hair dyes and straighteners contain more than 5,000 chemicals, some of which are known to induce tumors in rats). The products Black women use more frequently than women of other races contain more endocrine-disrupting chemicals, which may increase the cancer association. Most of these harsh chemicals are not even listed on the product labels, making it nearly impossible for consumers to know exactly what they’re being exposed to.

The vast majority of previous studies looking at the health effects of hair dyes and chemical straighteners have studied white women only, which is a major issue, given the urgent need to understand the racial disparities contributing to breast cancer cases among women of color across the United States. While breast cancer rates are high among all races—one in eight U.S. women are diagnosed in their lifetime—breast cancer incidence in Black women has been increasing in recent years. Black women, who continue to be extremely medically underserved in our health care system writ large, are also more likely to be diagnosed at a later stage and die after diagnosis than white women with breast cancer.

“It is important to include women of all races [in breast cancer studies], because breast cancer risk and mortality tends to differ by race. In the U.S., African American women are more likely to develop more aggressive types of breast cancer,” corresponding author Alexandra White, Ph.D., head of the NIEHS Environment and Cancer Epidemiology Group, told VICE

Proper Revenge: How Should Trump Respond to France?