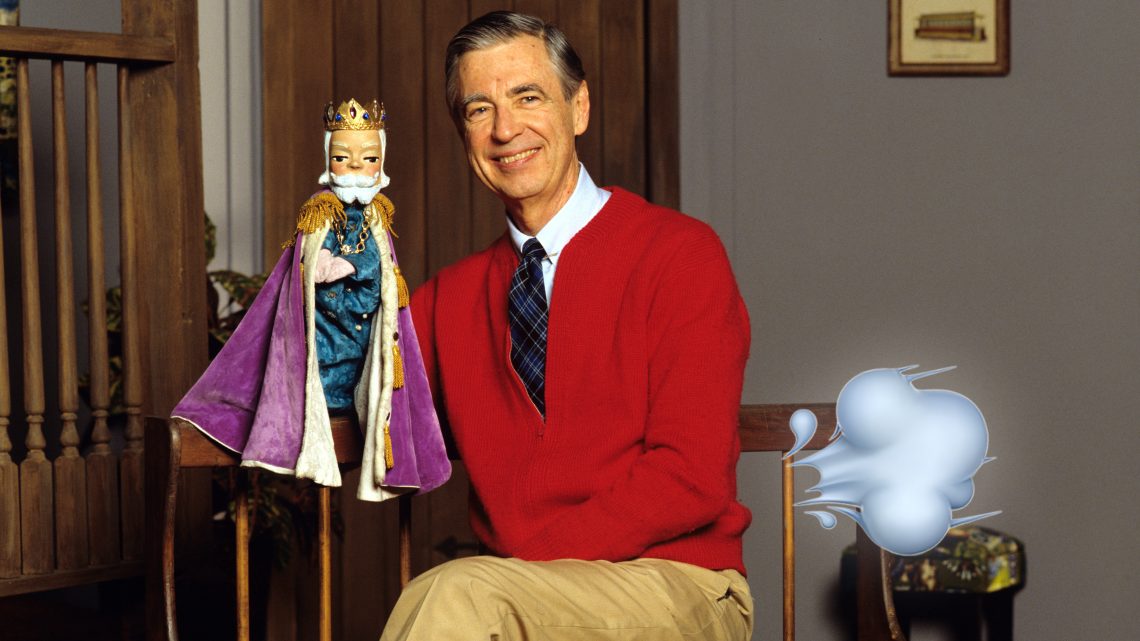 Every couple has their "things." You know, the weird, funny stuff you do just to make your sweetie smile, like the stupid faces and the fully nonsensical language and the inside jokes you've developed over your time together that you'd be absolutely mortified if another human learned about. We might know ours, but the silliness of relationships in private usually remains a tight-lipped secret.

When it comes to her relationship with the late and deeply loved Mister Rogers (legally known as Fred McFeely Rogers), however, Joanne Rogers recently opened up a bit, sharing with the Los Angeles Times a tidbit that makes us more deeply appreciate the wholesome TV icon. When it came to the Tom Hanks-starring A Beautiful Day in the Neighborhood, Rogers wanted to ensure that her husband wasn't treated "as a saint," but that it emphasized his sense of humor. And it wasn't all sweaters and songs—sometimes it was more crass.

In particular, Rogers told the Times, her husband knew just how to lighten the mood at boring events: Simply put, he'd let out a huge fart.

Specifically, Rogers said, "He would just raise one cheek and he would look at me and smile." All the while, presumably, he'd be letting one rip. The veracity of the toots in question was unclear, but the retelling still made Rogers "[crack] herself up" as she spoke with writer Amy Kaufman.

It also remains unclear whether Mister Rogers' unexpected fart jokes made it into the biopic currently in theaters, but hell, even if they didn't, go into the movie remembering that the man made fart jokes just for the sake of making his wife laugh. And somehow, Mister Rogers might warm your heart even more.