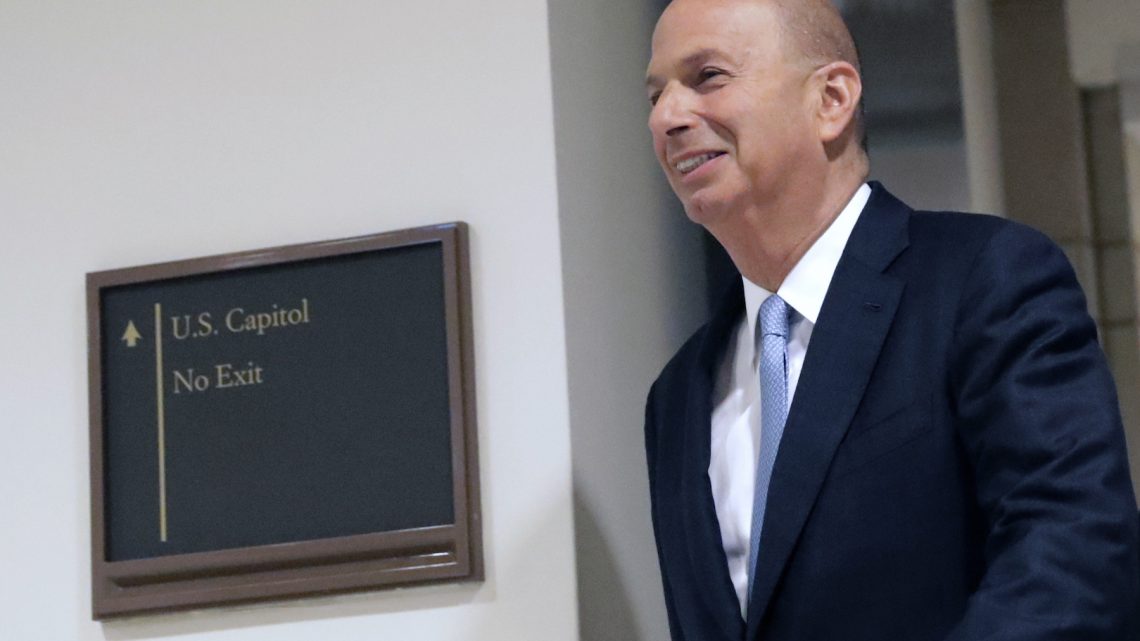 And the Biggest Loser from Impeachment Opening Day Is…

Indeed, President Trump’s embattled ambassador to the European Union may have been the single biggest loser from the first day of open impeachment hearings Wednesday, after his credibility was blasted one more time by yet another witness. And this time, it was on national television.

In a dramatic revelation, Bill Taylor, the acting ambassador to Ukraine, testified that he recently learned one of his staffers overheard an explosive phone call between Sondland and Trump about “investigations” while Sondland was visiting Ukraine last summer.

In case there was any doubt what they were talking about, Sondland then turned around and helpfully explained to the staffer that Trump was amped up about getting Ukraine to launch an investigation into former Vice President Joe Biden, Taylor said.

READ: Trump asked about ‘the investigations’ into the Bidens after the Ukraine call

That account appears at odds with Sondland’s previous sworn testimony that he couldn’t recall having conversations with any “White House official” about efforts to pressure Ukraine to investigate Biden.

Taylor’s bombshell marks just the latest setback for Sondland, who'd already amended his previous sworn testimony with a four-page, heavily-lawyered update after others in the impeachment inquiry remembered events differently.

Sondland said his memory was “refreshed” by other witnesses who recalled him telling a Ukrainian official in early September that vital military assistance would not flow unless Ukraine announced investigations.

Trump’s EU ambassador wrote that, indeed, he did tell a top adviser to Zelensky that “resumption of U.S. aid would likely not occur until Ukraine provided the public anti-corruption statement that we had been discussing for many weeks.”

This time, if Taylor and his aide are right, Sondland appears to have forgotten a direct phone call he had with the president of the United States in a restaurant about investigating Biden.

For the moment, Democrats only have Taylor’s word to go by — but, apparently, not for long.

Taylor said that the House Intelligence Committee is actively investigating the matter, and moments later, Democrats announced that one of Taylor’s staffers from the U.S. embassy in Kiev plans to give a new deposition in closed-door testimony on Friday: David Holmes, the embassy’s counselor for political affairs.

Holmes is indeed the staffer Taylor was referring to, NBC reported, citing an unnamed source.

The US Wanted a Coup in Bolivia: Like Magic, It Got One