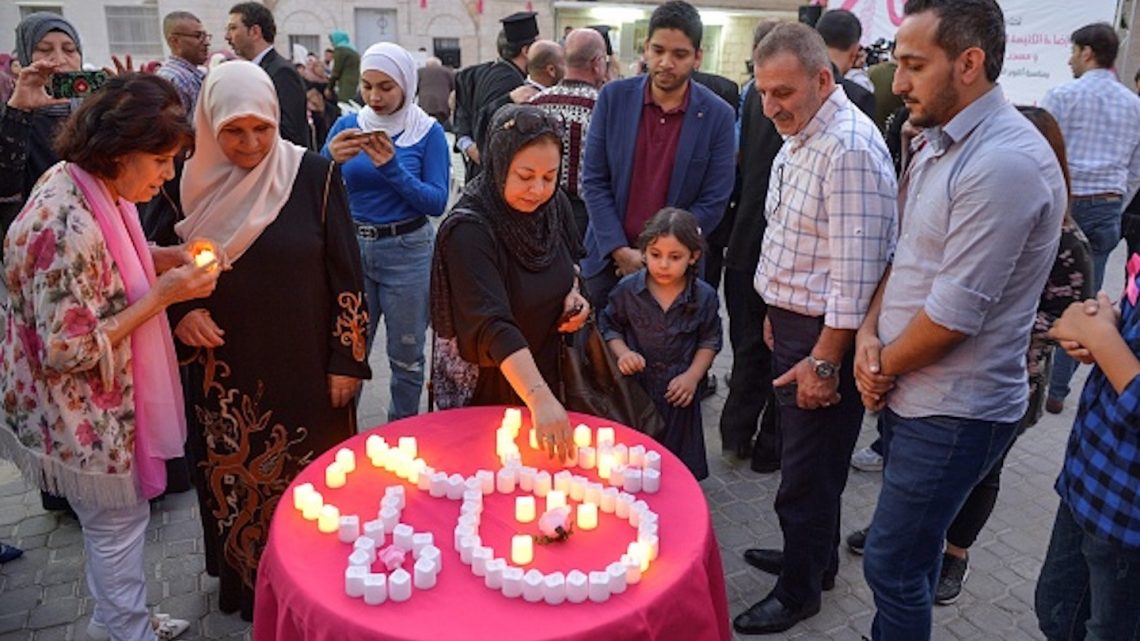 Israel’s Military Supports Cancer Patients. Just Not the Ones in Gaza

On Friday, the Israel Defense Forces’ Twitter account posted a photo of two young women, dressed in green army jumpsuits and holding the long braids they had just chopped off of their own hair. Their new blunt cuts framed bright smiles. A rifle rested on one woman’s lower back. The photo had a caption.

“Noam and Inbal donated their hair to make wigs for cancer patients. What a beautiful act of kindness,” it said.

On its face, the tweet was not unusual for the IDF, which was recently dubbed “the worst influencer in the world” by The Outline. The IDF’s tweets have included memes about veganism and videos about DIY Halloween costumes hosted by soldiers. In posting on such upbeat topics, the account has become somewhat of a twisted joke among those aware of the army’s human rights record. The UN, for example, has accused Israel of enacting “collective punishment” due to the conditions in Gaza. (The IDF did not respond to VICE’s request for comment.)

As a result, the IDF regularly faces criticism for the discrepancy between their charming tweets and the havoc its soldiers wreak on the lives of Palestinians. But the image of Noam and Inbal garnered even more criticism than most of the IDF’s posts, and for a very specific reason: the suffering of cancer patients in Gaza due to the IDF-imposed blockade.

The executive director of Human Rights Watch’s Middle East and North Africa division, Sarah Leah Whitson, chimed in. “Hi Noam and Inbal - great that you want to help!” she tweeted. “Can you please ask your bosses at the @IDF to open the #Gaza border so that cancer patients there can get urgently needed medical treatment? They and so many other Palestinians urgently need medical care but are blocked by #Israel.”

Even though conditions in Gaza make it exceedingly difficult for many people to seek cancer treatment at home, Israel still makes it incredibly hard for cancer patients to leave. After receiving a cancer diagnosis, Gazans must apply for a medical transfer through the poorly funded Palestinian Authority (PA). If and when they obtain a transfer from the PA, cancer patients in Gaza must apply for an Israeli permit to enter Israel. After submitting a permit request, some cancer patients are interviewed at checkpoints to assess whether or not their request will be fulfilled. (Gazans can try to receive treatment in Egypt instead. However, getting across that border is also difficult and takes longer: the trip from Gaza to Cairo is 12 hours. It takes two hours to get from Gaza to Jerusalem.)

Obtaining an Israeli travel permit for medical reasons also involves sending medical forms to a committee of Israeli doctors. “In many cases, this committee recommends not issuing permits, citing that the treatment is available in Gaza, which technically or on paper can be said to exist there, but happens to be not available later on because the medicine is no longer there or the devices need maintenance or spare parts that cannot be obtained,” Abusalim said.

Permit applications can take months to process—months that a lot of cancer patients in Gaza don’t have; most cancer diagnoses in the region occur in the late stages of the disease, due to a healthcare system that has been gutted by the blockade.

Even after months of waiting, access to treatment is not guaranteed. In 2018, 39 percent of requests to leave Gaza in order to receive healthcare were denied, according to the World Health Organization.

Delayed or denied treatment has had deadly effects in Gaza, where only about 50 percent of women survive five years after a breast cancer diagnosis. In the U.S. and Israel, by comparison, the five-year survival rate is closer to 85 percent.

The blockade that has led to poor outcomes for the region’s cancer patients is enforced by members of the IDF, much like the women in the photo posted Friday—a fact which, for many Gazans, made the soldiers’ efforts feel nothing like “a beautiful act of kindness.”