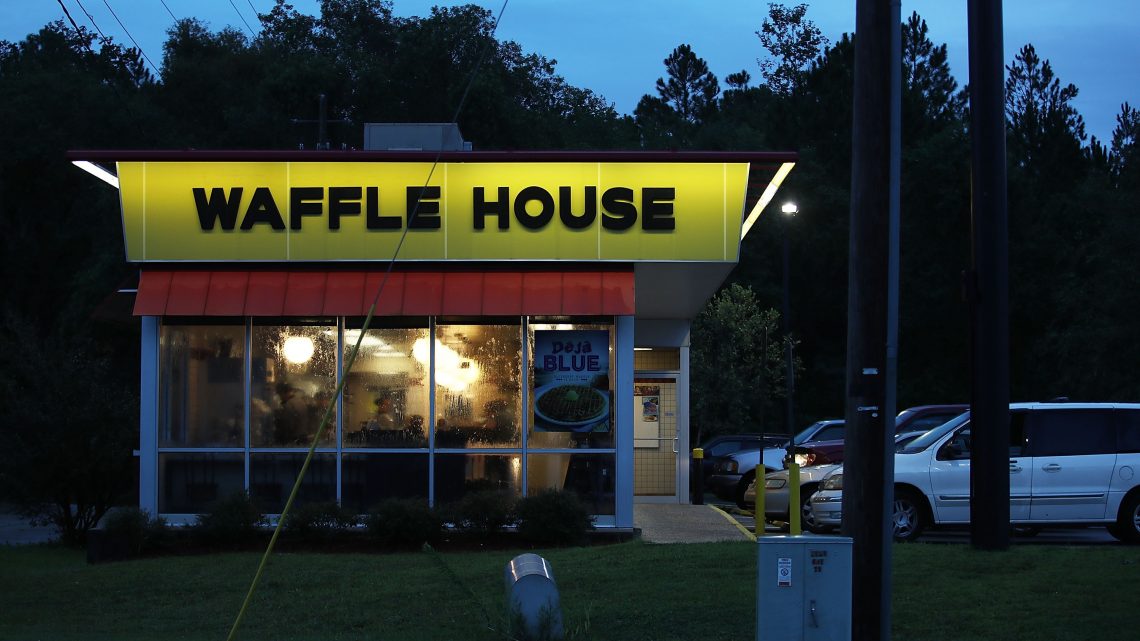 A Waffle House Had Just One Employee Working, So the Customers Stepped In

If you watch the news or, worse yet, scroll through Twitter for more than four consecutive minutes, it's easy to think that literally everything is shit, and everyone is garbage. But there are still good people in this rapidly overheating world, and both of them were at an Alabama Waffle House over the weekend.

Ethan Crispo told AL.com that he went into the Waffle House in Birmingham in the single-digit hours of Saturday morning. But when he walked in, he noticed that there was only one employee on duty, a man named Ben who seemed, in Crispo's words, "awash in bewilderment” about how he was supposed to handle the waffle-starved customers.

But then one of those customers, an as-yet-unidentified man with gray hair and a blue shirt, asked Ben for an apron, and he walked behind the counter and started to work. He stacked plates, he bussed tables, and he washed dishes—and dude didn't even work at that Waffle House, or any other Waffle House, either.

While Crispo waited, a woman in a strapless dress and high heels put in her own voluntary shift, too. "[S]he’d been to an event. And she’s walking around behind the counter, and I could tell she certainly didn’t come from food service," Crispo said. "It was almost comical, here’s this pretty woman in heels and a dress [...] just trying to help, and the next thing you know she’s stacking cups and running orders and bussing tables.”

Although Crispo took some pictures, he didn't find out who either of those extra-motivated customers were, but Waffle House would kind of like to know who the guy in the blue shirt is. "If he’s looking for a side hustle, I hope he comes in and fills out an application," Pat Warner, Waffle House Director of PR and External Affairs, told AL.com.

According to Warner, Ben—the one worker who was getting a paycheck—was left alone because of some crossed wires about the duty roster. His coworkers on the early shift clocked out and went home, but no one came in to replace them, which created "a little gap," as Warner euphemistically put it.

“We really appreciate their efforts, though we do prefer our associates to be behind the counter,” he said. “The key to our concept is, we’re there to serve you, not the other way around.”

But if that concept falls apart, it's good to know that there are people like Blue Shirt and High Heels who will step up to take care of a group of strangers, and who will help a man who's clearly overwhelmed. This is honestly the best news to come out of the United States in weeks, so if anyone finds any questionable tweets from Blue Shirt, for fuck's sake, keep them to yourself.

Thank You, Bill de Blasio, for Finally Standing Up to Churro Ladies