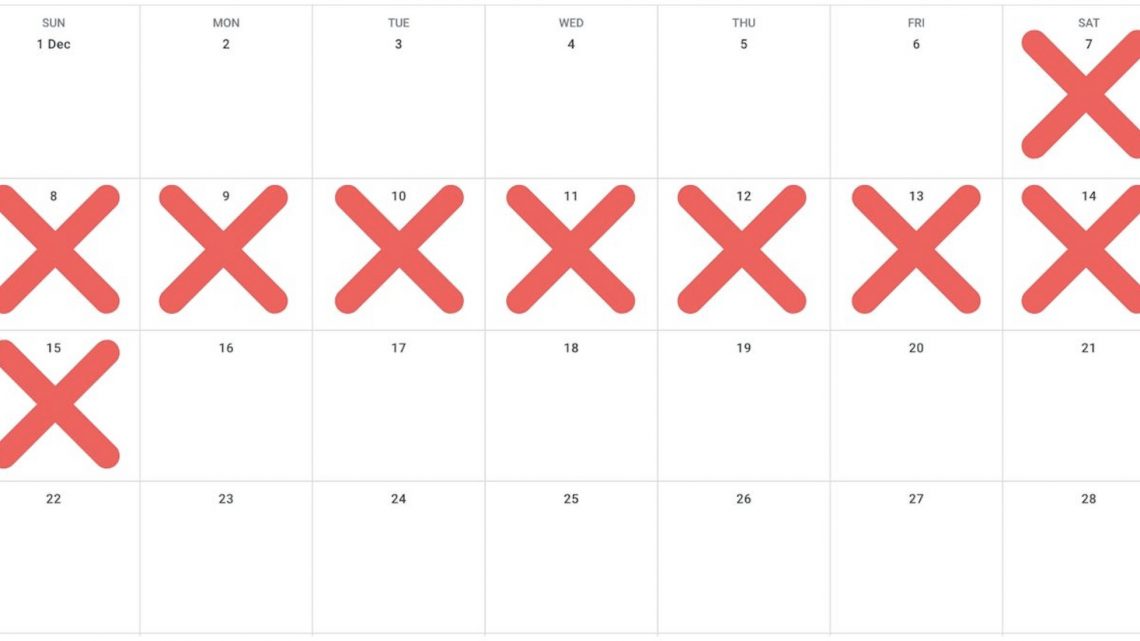 Going on vacation is objectively lit. Coming back to work after being on vacation, less so. There’s the will-they or won’t-they factor of whether your coworkers will inquire about your trip, which I find especially nerve-wracking given the fact that nobody has actually ever cared about another person’s vacation outside of the realm of sitcoms. Depending on where you work and where you went, you may have to offer a tribute to appease the colleagues you left behind—likely in the form of candy bought at the airport after you remember, last minute, that, Oh, damn, it would probably be cool to get something for people at the office, I guess.

But the most important part of your return to the working world after spending time away is which day of the week you actually decide to come back. Choosing when to return to work may seem, to the unseasoned vacationer, like a decision that varies on a case-by-case basis. Wrong. The best day to come back to work after going on vacation is Friday, and if you don’t believe me, prepare to be bombarded with infallible logic in the marketplace of ideas.

Your first day back is kind of a wash anyway

Let’s be honest: Nobody is doing their best work immediately after traveling. In all likelihood, you’re tired from traveling, which means your performance isn’t at its peak. That’s just science. And if you properly unplugged, you’ve likely got a lot of catching up to do. On a Friday, most offices are slower than they would be on, say, a Monday, which means you have plenty of time to answer errant emails, check in with coworkers on gossip you missed, or zone out in a bathroom stall while looking at your phone… you know, the important things.

An important but little-discussed life hack is to cut corners and fake productivity at any opportunity you can feasibly get away with. As a huge proponent of slacking off and chilling out, I strongly recommend using the days of the week to your advantage. It is a simple fact that a vacation that lasts from one Saturday up to the Monday after next looks “longer” on a calendar than Saturday through Thursday, and going this route will only trim one day off of your vacation (and not force you to return on a Monday, when everything is busy and sucks; see above). 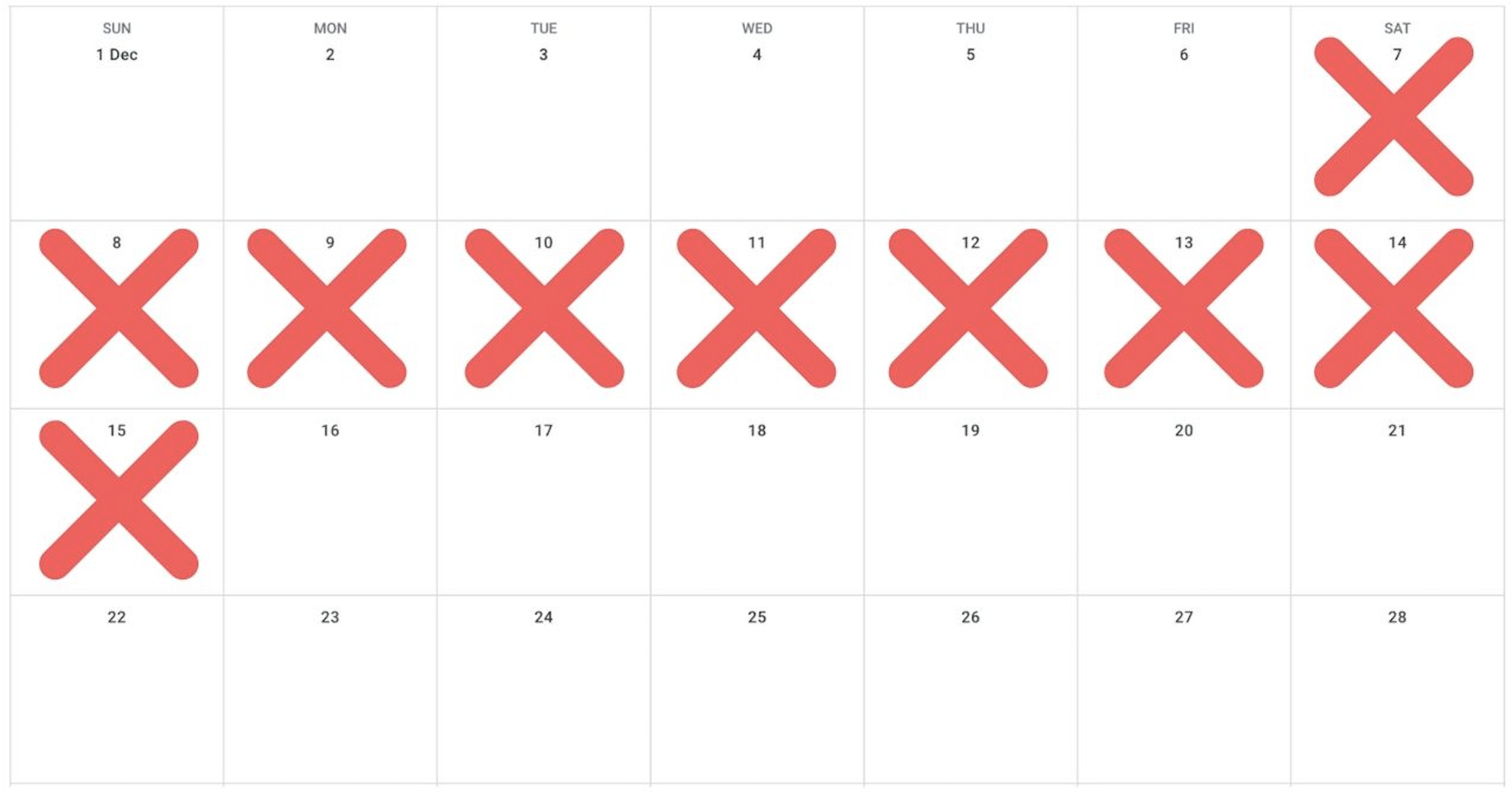 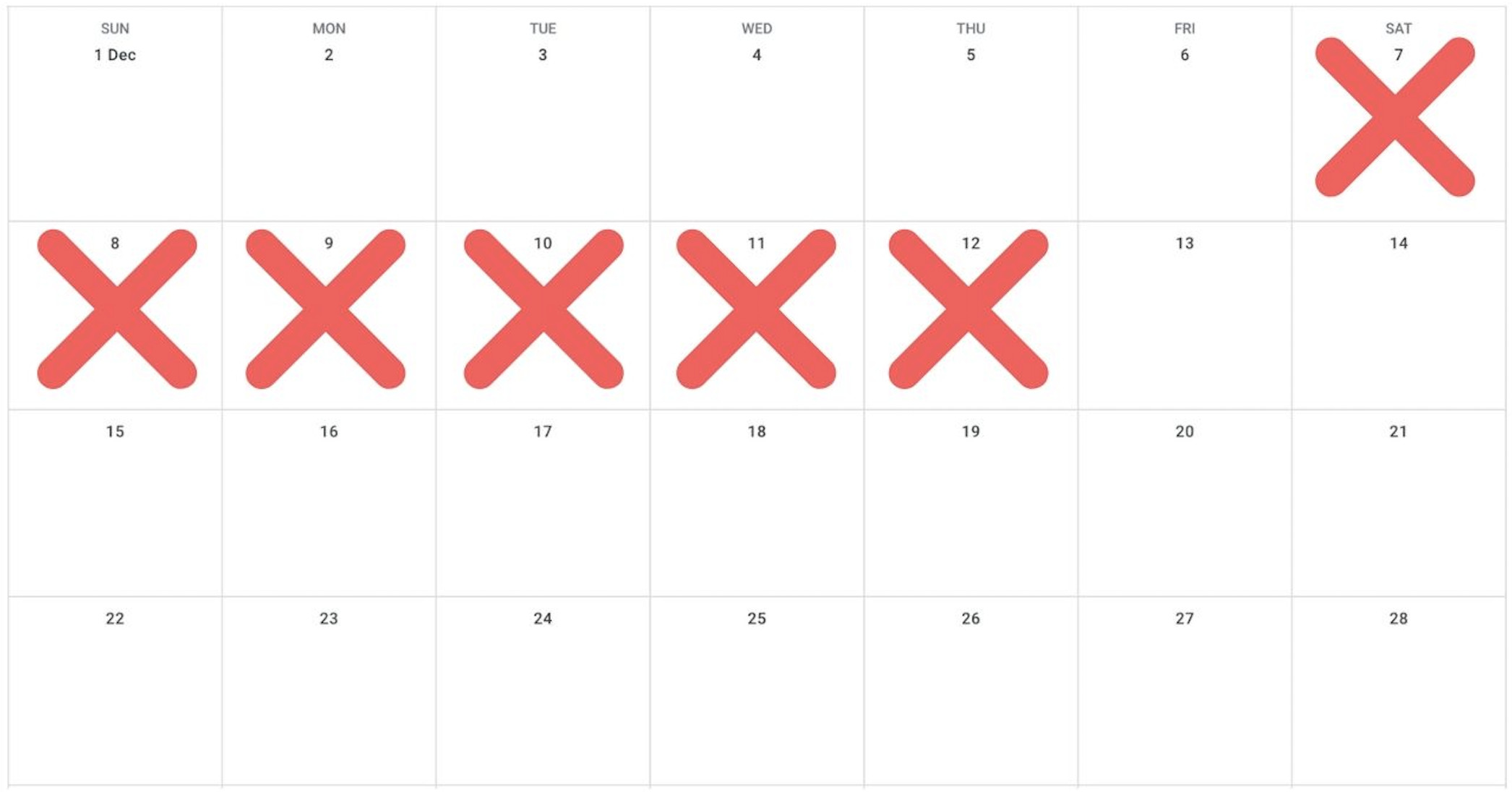 It’s the best day of the work week

C’mon, TGIF, am I right? Another one in the books. Cheers to the freakin’ weekend. Starting and ending a work week on the very same day only adds to the joy of leaving the office on a Friday… In and out like a revolving door. What’s better? Nothing! Not for me and my fellow Weekend Warriors, at least. The tantalizing waft of the weekend is better than a cup of joe to banish the vacation blues. Working hard or hardly working, ha ha! In fact, the shorter work week is almost like enjoying a long weekend, a really, really long weekend, and you know how that feels, am I right or am I right? (Friday is also the day your coworkers are most likely to be in a good mood, so if anyone is annoyed at you for going on vacation, they probably won’t say anything about it.)

It doesn’t make sense to grocery shop, especially for perishable food items, right before going away on a trip. That means when you return home, you’re probably coming back to some bleak lunch prospects. Luckily, workplaces are most likely to provide free food on Fridays, like the bagels available in the VICE office that I always slouch in too late to take advantage of. Save yourself the existential despair of eating quinoa as your inaugural post-vacay lunch and mooch off your employer instead. Technically you could mitigate this problem by going back to work on a Monday and grocery shopping over the weekend, but that’s cheating yourself out of a meal, and I don’t write blogs for people who miss a chance to eat free food.

Traveling in the middle of the week is probably cheaper

This one is pretty self-explanatory, but definitely a benefit worth highlighting: Odds are, it’s going to be cheaper to travel in the middle of the workweek than it will be to try to snag something on Friday or Sunday. An extra day of work is worth saving money, especially if you’re booking a round-trip flight. Since you’re reading a guide on timing your vacation, it feels safe to say that you probably don’t have cash to burn on poorly timed transit.

Returning to work on a Friday is not an intuitive choice. It’s the kind of unexpected move that seems like it could be an Office B-plot: Meredith takes her horrible son to Ft. Lauderdale, Dwight thinks she’s trying to undermine Michael’s authority by returning to work at an off-kilter time, Jim looks at the camera and grimaces, hijinks ensue. Basically, it’s a titillating choice that introduces a little chaos into the workplace. The only reason I'm writing this is because I came back from vacation on a Friday, and my boss DM’ed me about whether it was an active choice (while reassuring me that my answer wouldn’t impact my job). If you want to get noticed at work, you’ve gotta be an innovator.

It gives you a glimpse of a better world

Americans still aren’t ready for the four-day workweek, despite the fact that it’s an actively good idea that would probably make us all more productive. Macrodose the feeling of working four days a week by working one. I can guarantee the novelty alone will get you from 9 a.m. to 5 p.m. (or 10 a.m. to 6 p.m. if you’re at a cool office) without feeling too depressed about the fact that mere days ago, you were balls deep in vacation.