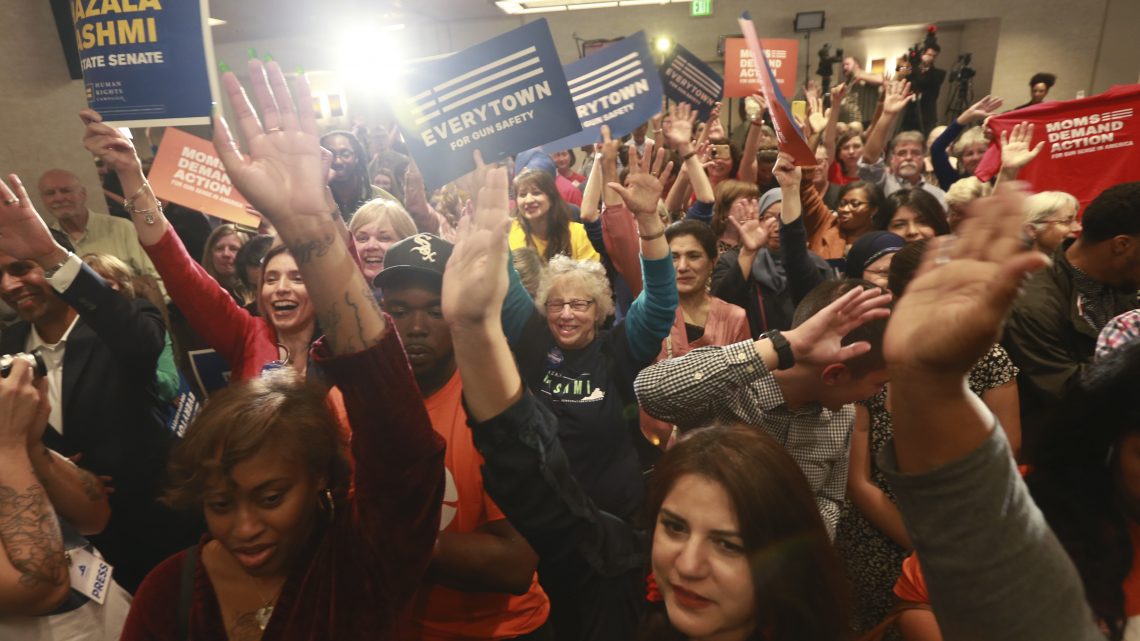 For the first time in a while, abortion rights supporters in Virginia are feeling optimistic.

Tuesday night’s election results gave Democrats a majority in the state legislature, handing the party control of the state government for the first time in more than a quarter century. The advantage empowers Democrats to pass a slate of long-anticipated progressive legislation, including measures that would roll back decades of anti-choice lawmaking, which has made Virginia into one of the most hostile states for abortion access in the country.

Currently, people in Virginia seeking an abortion must first undergo state-mandated counseling, receive an ultrasound, and then wait 24 hours before a doctor can perform the procedure. Virginia law also prohibits health insurance plans people buy from the state under the Affordable Care Act from covering abortions, except in cases of life endangerment, rape, or incest. And people under 18 who want an abortion need parental consent.

“That’s the first order of business: rolling back these egregious, restrictive laws so the state can just get to a place where Virginians can access care,” said Paulette McElwain, the board chair of Planned Parenthood Virginia PAC. “These laws have had a dramatic impact on someone’s ability to access care.”

But reproductive health advocates in Virginia aim to do more than just repair the harm left in the wake of 25 years of anti-abortion governance. They’re hoping Virginia will join states like New York, Maine, and Nevada in passing proactive legislation to enshrine abortion protections into state law, in anticipation of a future where the Supreme Court could severely diminish Roe v. Wade.

So far, the majority of states to adopt this legislation have been concentrated in the Northeast and on the West Coast, which means vast swaths of the country—particularly the South—would be left without access to abortion services in the absence of Roe and other landmark abortion rights cases. Meanwhile, states bordering Virginia, like Tennessee and Kentucky, were among the eight to pass trigger laws earlier this year that would immediately ban abortion if federal rights were overturned. Kentucky is also a state with just one remaining abortion clinic, as is West Virginia.

Advocates imagine a blue Virginia serving as a vital access point for abortion in a part of the country in dire need.

“Our vision is to make Virginia a safe haven for abortion care and access,” said Tarina Keene, executive director of NARAL Pro-Choice Virginia. “In the event of the worst-case scenario—that Roe is overturned—we can put these safeguards in place to make sure people who live in surrounding states and even beyond have access to care.”

Virginia came close to seeing abortion access go further in the other direction. In May, state delegate Bob Thomas said Republicans planned on introducing a near-total abortion ban if the party was able to maintain control of the state legislature and, in 2021, win back the governor’s mansion. He wanted to see Virginia align with states like Georgia, Alabama, and Ohio, which, at the time, had just passed bans that sent residents in their state into a panic.

“I would love to see Virginia move that way but we have to have a governor who’s willing to sign these things,” Thomas said at the time. "So we have to make some real progress in the next two years.”

Conservatives in the state had also hoped to piggyback on the momentum of anti-abortion attacks that targeted Virginia Governor Ralph Northam and state delegate Kathy Tran back in February. After Northam bungled his response to a question about a bill Tran introduced that would ease restrictions on abortion later in pregnancy, President Donald Trump told his supporters that Northam wanted to “execute a baby after birth.”

“They’re willing to spread disinformation to mislead people when it comes to what we stand for and what abortion care is all about,” Keene said. “We know those are just desperate measures, and voters definitely rejected that.”

Just because Virginia Democrats have a new majority in the state, doesn’t mean pro-choice supporters can sit back and relax. If they want to meet their ultimate goal of codifying the right to abortion in the state constitution, they’ll have to move fast: Virginia law says that if legislators want to amend the state constitution they’ll have to pass the amendment in the general assembly, wait for a new gubernatorial election, and then pass it in the general assembly once again. That means if reproductive rights advocates want to cement abortion rights in Virginia’s constitution, they’ll have to make sure Northam’s successor is also pro-choice. (Governors in Virginia are only allowed to serve one term.)

But organizers and advocates in Virginia now have a lot of experience holding onto contentious seats, winning seemingly unwinnable ones, and gaining ground for progressive candidates. It was just two years ago that Democrats in Virginia last grabbed national attention for flipping 15 seats. Eleven of them were won by Democratic women replacing Republican men, who helped make up a historic number of women in the chamber: Among them were the first Latinas, the first lesbian, the first transgender woman, and the first Asian American woman ever to be elected to the chamber.

“Part of the lesson here is to equip everybody and prepare everybody,” Ray said. “If you do, you’ll find yourself in a place where we’re flipping chambers, like we did last night. It’s about making sure you’re ready to seize the opportunity.”

Man Didn’t Want to Get a DUI, So He Drove a Walmart Cart to the Bar