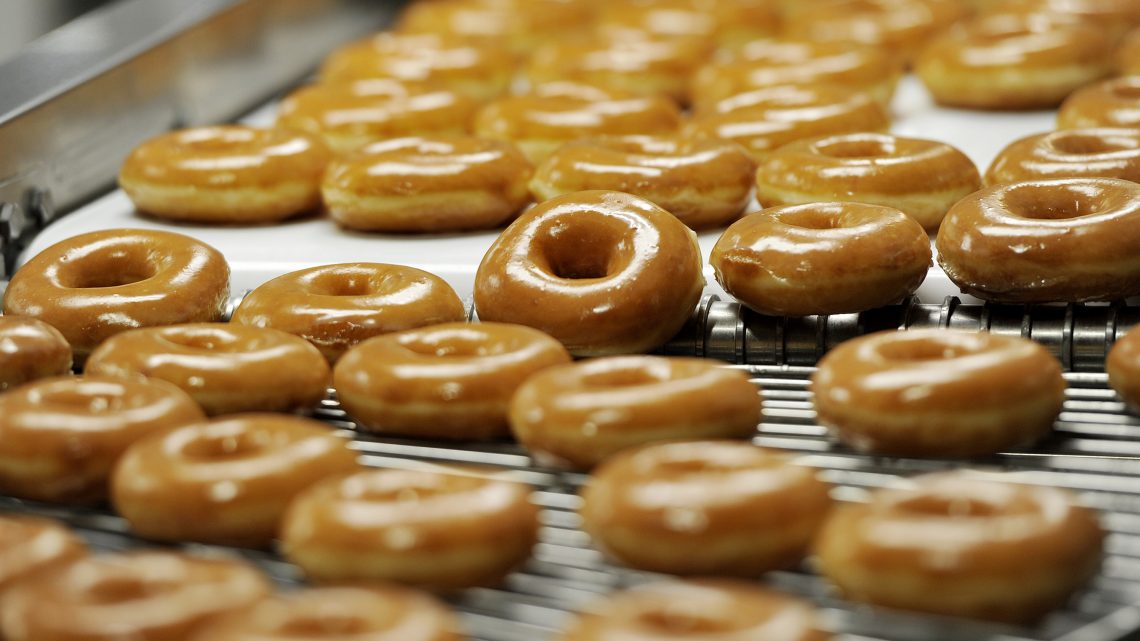 November 4, 2019 Off By Jelisa Castrodale

Earlier this year, Jayson Gonzalez was coaching a soccer match in Iowa when he saw the neon logo of a Krispy Kreme donut shop. The 21-year-old attends college in Minnesota, a state that has been Krispy Kreme-free for more than a decade, and he wrote a Facebook post to ask if anyone back home wanted him to pick up some original glazed.

By the next day, he had more than 300 replies. According to the Pioneer Press, all of that carb-thirst on Facebook Marketplace gave him an idea: maybe he could just drive to Iowa every few weeks to stock up on donuts, and then he'd resell them when he got back to St. Paul. He set up a page called Krispy Kreme Run Minnesota and started making regular drives to the Krispy Kreme in Clive, Iowa.

Gonzalez made the 500-plus mile round-trip on 19 different occasions, filling his Ford Focus with as many as 100 dozen donuts at a time. He took orders through his Facebook page, charging $17 for a box of original glazed and $20 for a specialty dozen, and then delivered them to his customers in the parking lots of Target stores or outside bowling alleys back in Minnesota.

In an interview with the Pioneer Press, Gonzalez said that he hoped to keep his multi-state side hustle going for another two years, because those donut profits were helping him pay for college. That might've worked, if Krispy Kreme hadn't heard about it; less than a week later, the company officially told him to knock it off.

“I know they told one of the big managers in Nebraska directly, and he called me,” Gonzalez said. “He said corporate told him to ‘cease’ and ‘desist.’" He then had to inform his customers that the donut run he'd scheduled for last Saturday wasn't going to happen. "I figured it would come eventually, but it arrived early with the surrounding articles," he wrote on Facebook. "Life happens, and it could be a sign that something else it [sic] meant to be."

But on Monday morning, Gonzalez also posted two updates to the Facebook page, suggesting that maybe he and his Ford full of donuts weren't done yet. "Regarding Krispy Kreme, it's more of a sticky situation, right? They know about our situation [...] I think I'm going to wait and see what Krispy Kreme's going to end up doing," he said in a brief video he shared just after 10 a.m. "I'm going to wait to see what they have to say. Maybe it's gonna be something good, maybe it won't, but I'd rather wait and see."

Less than an hour later, he added an "UPDATE!!!" with three exclamation points. "I have received a call directly from Krispy Kreme, and we are working together," he wrote. "A positive solution is taking place as we want to make sure we do this the right way, and I will have more details soon."

Those details were worth waiting for: Krispy Kreme discussed the situation with Gonzalez, and the company has given him the OK to keep going. "Today, we reached out to Jayson to express our appreciation for his love of Krispy Kreme and admiration for his entrepreneurial spirit. We are going to help him achieve his goals, which include being debt-free when he graduates in 2021, in part by selling Krispy Kreme Doughnuts," a company spokesperson told VICE in a statement.

"Our intent regarding the temporary stoppage of him selling doughnuts was to ensure product quality and regulatory compliance to protect both Jayson and Krispy Kreme. Our main concern is that the doughnuts Jayson sells maintain our high product quality standards, given the distance and manner in which he is transporting and distributing them. So, we are happy to work with Jayson as an independent operator to ensure consistent delivery of our high-quality doughnuts to our fans in Minnesota. We wish Jayson great success and we’re thrilled to help him achieve it by donating 500 dozen doughnuts when he re-starts his business.”

That's a lot more Krispy Kreme than Gonzalez can fit in that Ford Focus, which is why he's started a GoFundMe to get a bigger vehicle. Congrats, Minnesotans. There are still gonna be some reasonably fresh donuts waiting for you in a chilly parking lot.